H-bridge with BJTs: why do IC and discrete solutions differ (or Sziklai vs Darlington)

I've noticed that [now mostly defunct] discrete BJT combo packages for H-bridges (for example Sanken made a bunch of these, see STA474A schematic below [half-bridge shown]) as well [higher power] hobbyist circuits [that still use BJTs for some reason] basically use an all-Darlington solution. 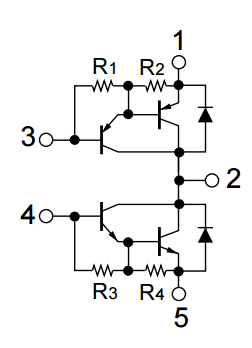 On the other hand, popular BJT-based H-bridge ICs like L293 or SN754410 use a Sziklai (aka pseudo-Darlington) on the high (=PNP) side, as shown below (half-bridge shown), i.e. where the final output transistor is an NPN even on the high-side: 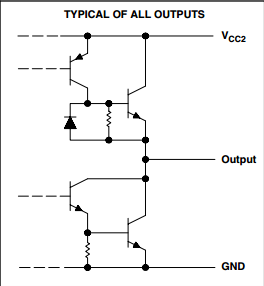 Also it seems impossible to find any discrete Sziklai packages like you can for Darlingtons.

So I'm trying to understand why this happens. On one hand, I think using PNP as the output transistor for monolithic driver ICs would suck in terms of beta because of the lateral PNP issue. But I'm less sure why apparently there was no market for discrete Sziklai packages. Can someone shed more light on these two issues? 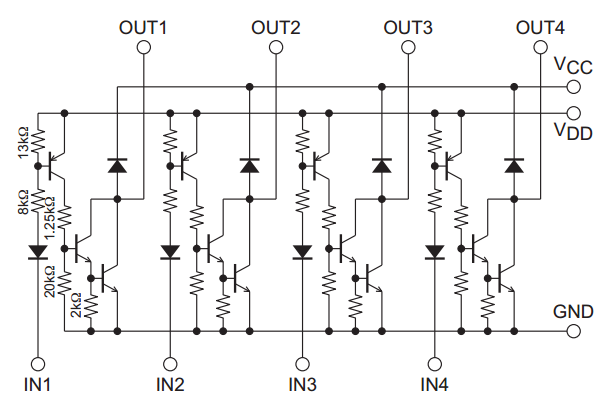 A composite darlington (Szilaki) requires more complex construction with the PNP's base needing to be distinct from the NPN's collector (or emitter) structures.

In an IC, there are already many different semiconductor layers (for constructing these PNPs and NPNs), so the structures are already available.

Not the answer you're looking for? Browse other questions tagged integrated-circuit h-bridge pnp darlington or ask your own question.

2
H-Bridge with Darlington BJTs, static shoot-through
8
Why are NPN Darlington transistors used to sink current?
10
Why do my P-channel MOSFETs keep dying in this H-bridge?
1
Beta reduction capacitor in Sziklai Pair speaker driver
1
PNP wont turn off
1
use bjt or mosfet in h-bridge with inductive load?
3
Why is the collector current I_c for a normal common emitter BJT circuit LARGER than that of the Darlington transistor circuit configuration?
5
What advantages does the Darlington pair have over the Sziklai pair?
0
Low cost 1A-5V h-bridge ( MOSFET or BJT)
0
Identifying transistors