I need to run 12v motor with using Raspberry Pi. I made a circuit which works but then I noticed a "little" problem. Pi's software PWM signal is only 3 volts so BUZ11 doesn't open enough.

I found this schematic: 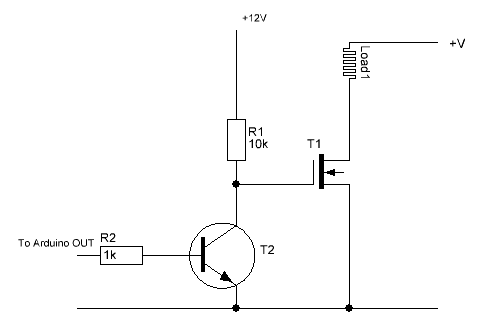 Is it possible to somehow crank my PWM signal up? Ex. Using that schematic given with inverted pwm? Or can I just use transistor before FET to raise pulse voltage?

If the MOSFET doesn't open at logic level of your MCU you either need:

What you have there with that NPN is a workable albeit basic MOSFET driver.

Which of these two approaches is better depends on various factors... with the former, you need new MOSFET[s], with the latter you can use your existing ones, but the circuit becomes more complicated and driver isn't free either.

There is also catch with lower Vgs MOSFETs: those that are both low Vgs and high current tend to come in packages that are nasty to solder by hand, e.g. NVTFS4823N is similar enough to BUZ11 in Rds and max Id terms, but will give you more Id current at lower Vgs. The catch? Difficult to solder by hand. They aren't all that bad though; BUK9219-55A comes in DPAK and does 50A with 3V gate drive; also has good enough Rds on (compared to BUZ11): 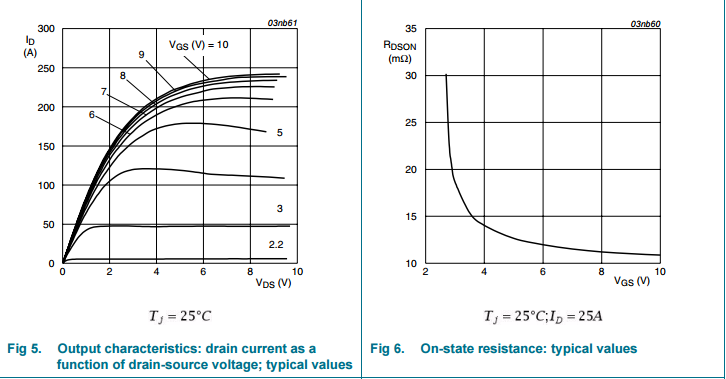 Mosfet drivers can be realized in many, many ways. A bipolar transistor is used often enough because it is cheap. Sometimes a pair of push-pull transistors are used; these allow both transitions (on and off) to happen fast. You can find such transistor pairs as a single package e.g. MCH6541. 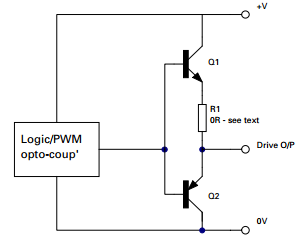 Additionally, if you need level shifting (and here you do) add another transistor in front) as in this answer:

(The gate resistor depends whether you have any ringing problems with a given MOSFET.) However, for slow switching requirements, you'd be hard pressed to tell the difference between the 1-transistor (just level shiftier) and faster driver (i.e. with extra push-pull transistors): 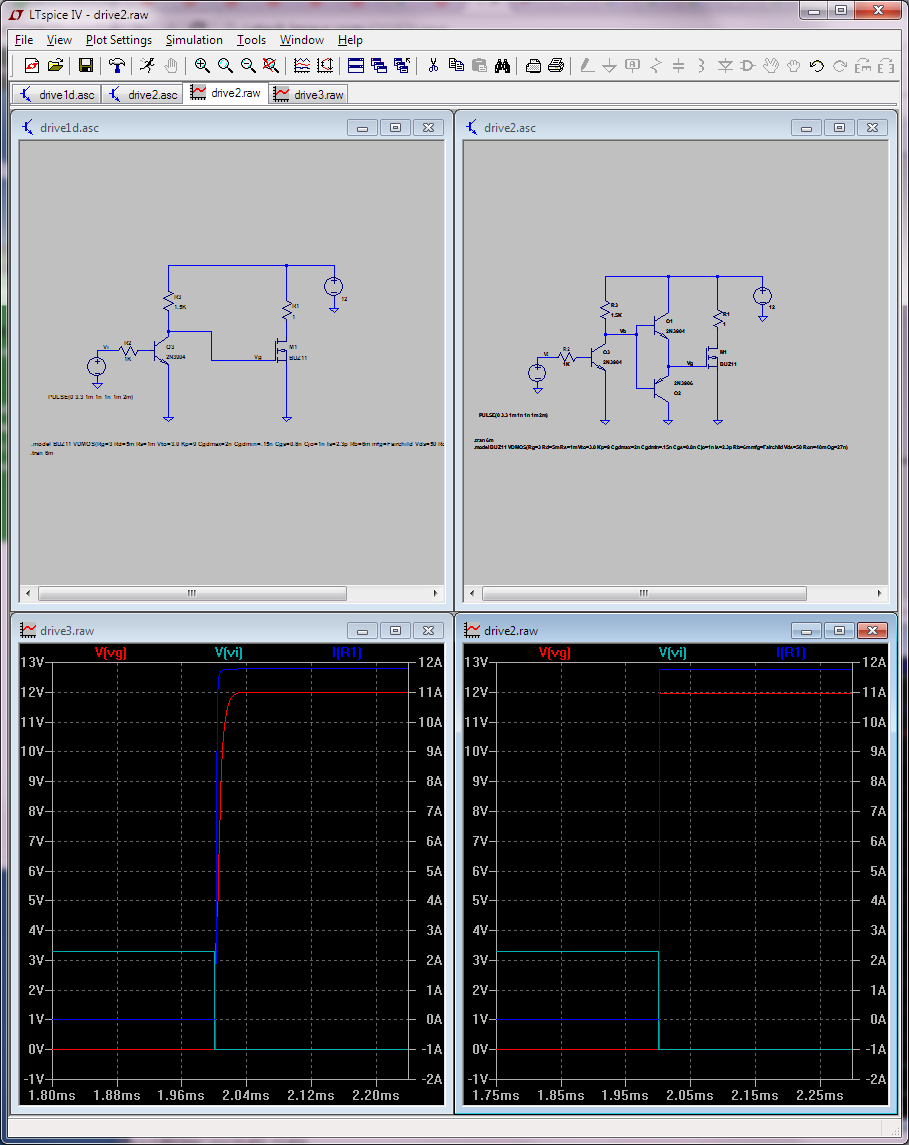 Actually, if you also do level shifting, you can optimize away one of the transistors by using a twin-NPN totem pole instead of a push pull (but you need to add a diode): 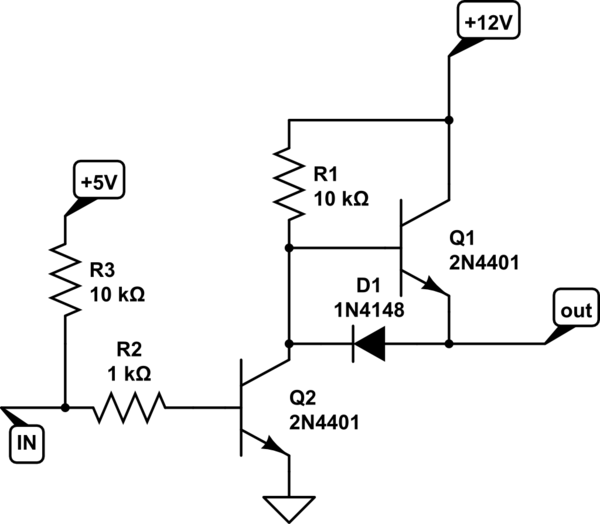 There are also more sophisticated IC drivers that use custom-designed gate driving curves. These will usually reduce switching losses and prolong the life of the MOSFET. Some don't look much more than a transistor in size and connectivity requirements (4-pin devices) but basically have something like the above inside: 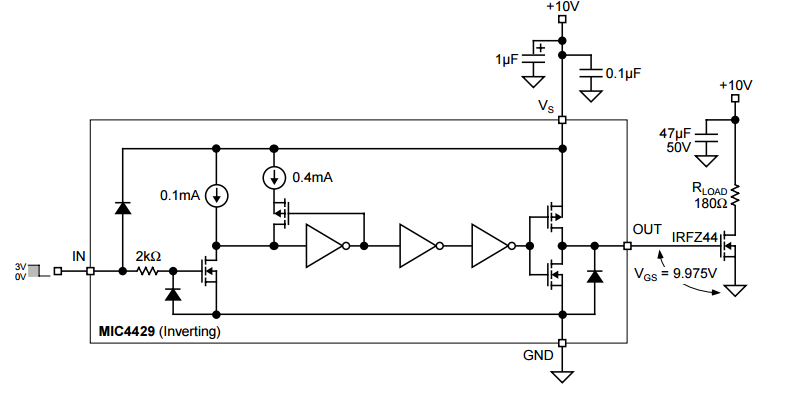 The catch? They cost more.

Use a better MOSFET. The BUZ11 isn't specified to work as low as 3 volts: - 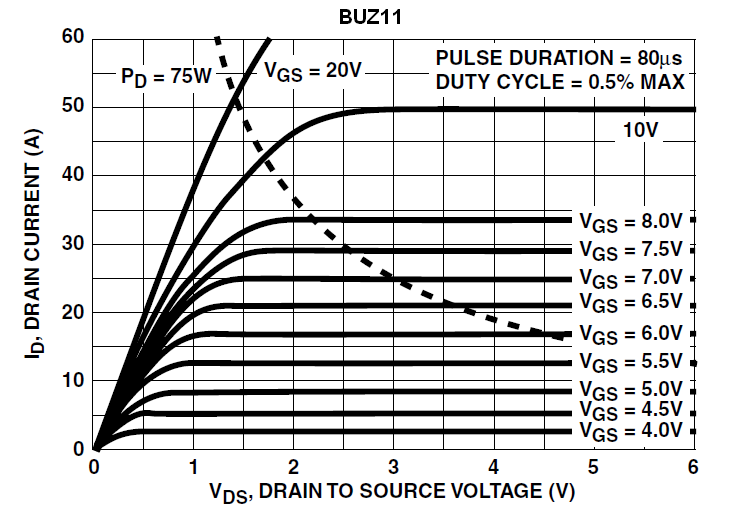 If you had 4.0 volts on the gate, a 2 amp motor (for instance) would probably drop about 0.3 volts and dissipate 1.2 watts. Not too bad but, to my mind the simplest solution is to get a better MOSFET like the SOT23 package AO3416: - 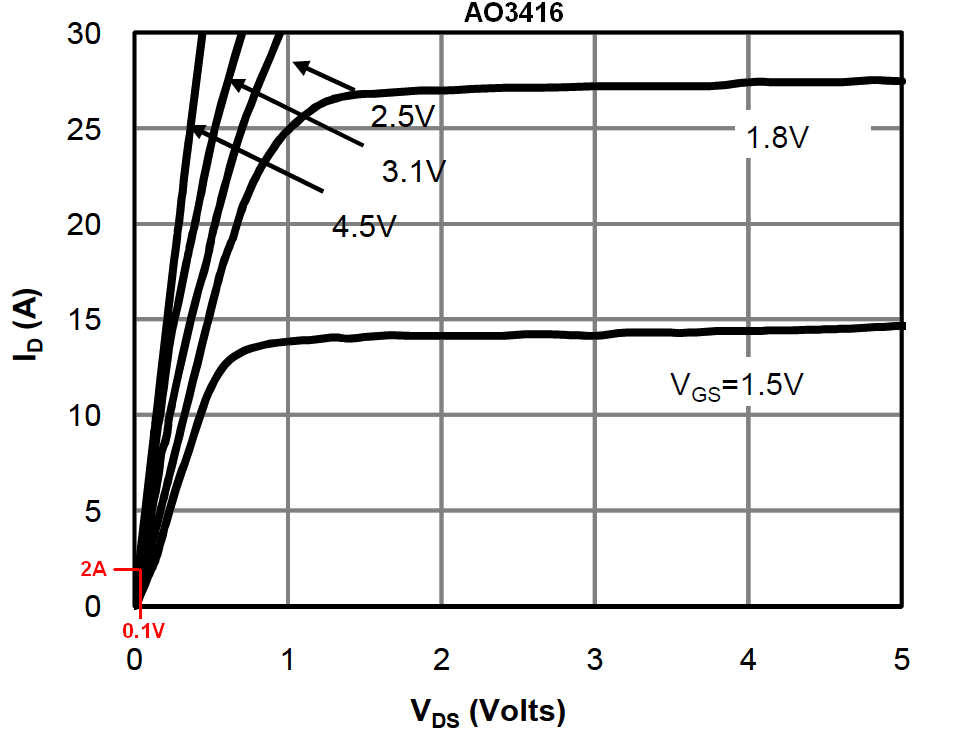 Volt drop looks about 0.1 volts to me and power dissipated would be about 0.4 watts. If this device is mounted on a small PCB with some PCB copper intentionally acting as a heatsink it should be good for a couple of amps.

But, as always, read the data sheets and think about stall currents and don't forget about the reverse diode across the motor to prevent back emfs destroying the MOSFET when the motor current is interrupted when the FET switches off.

If not this device then there will be others more than likely that will suit your application.

While the other answers are far better technically and more recommended on the long term, a cheap fast way to improve your circuit (so you can test it and decide what you need to do) is to use a smaller pullup resistor.

If you change R1 to say, 2K2~1K, you will notice a considerable improvement on turn on time (note that more current will flow through T1 also).

Not the answer you're looking for? Browse other questions tagged mosfet pwm dc-motor raspberry-pi mosfet-driver or ask your own question.

9
Why is my N-channel MOSFET getting very hot and the power it provides to device increases with temperature?
5
Level shift circuit MCU to MOSFET