I am using an Allegro Microsystems A4935 3-phase MOSFET driver in a brushless speed controller. I recently got the motor spinning, but when I began increasing the voltage, my commutation started to become jerky, for reasons I suspect to be in software.

What I'm confused about is that, when this happens, both my MOSFETs and MOSFET driver heat up. At one point I released the magic smoke in the driver, and eventually the VBB trace (high voltage, supply for gate driver circuitry) going into the MOSFET driver even burned and broke! I understand that whenever the motor gets stuck, it causes large amounts of current through the MOSFETs, but why does this cause the MOSFET driver to heat up also?

Here is the schematic for the relevant part of the circuit: 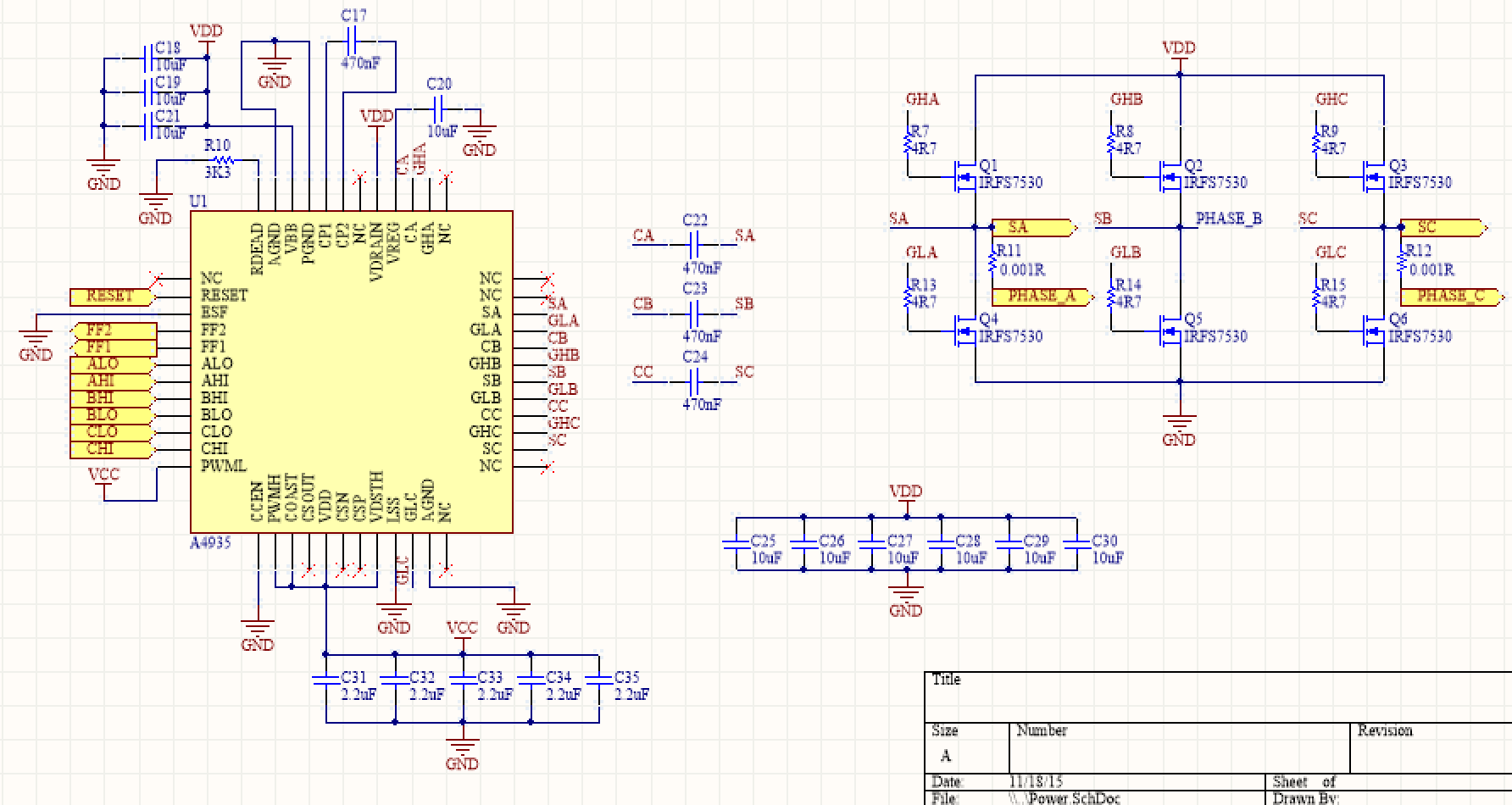 I would suggest you to monitor the xHI and xLO signals getting inside A4935, and also the respective Gate output from the A4935, using oscilloscope. Sometimes, due to switching of large current, there is a lot of EMI noise that penetrates in these small signals. And false trigger your MOSFET. Resulting in occasional Short-circuit condition.

I would also suggest to add 10K register between every MOSFET's Gate and Source.

Not the answer you're looking for? Browse other questions tagged mosfet motor brushless-dc-motor motor-controller or ask your own question.