I am using an LT1716 comparator in the inverting mode. So, I am simulating it in LTSpice. I understand that the Vout is Vcc when Vin,at the inv terminal is less than Vref at the non inv terminal and vice versa. 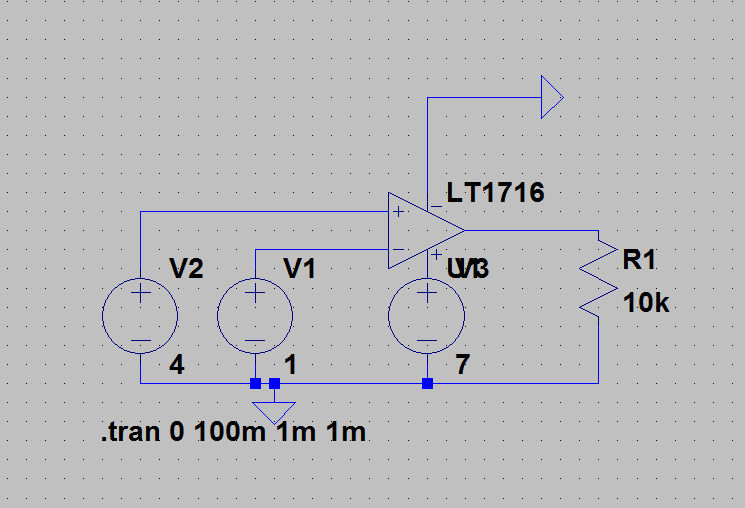 But in my simulation its not so. I am attaching the screenshots with this post. For eg / the Vref is 4V, Vin is 1V. The Vcc to the comp is 7V and the Vss is ground.

But in this case, ideally I should be getting Vout of about 900mV. Or do I need the whole hysterisis compensation resistors to make it work _

Output: The output stage of the LT1716 can drive loads connected to a supply more positive than the device, the same as comparators with open collector output stages.

You are using it [wrong basically] as a current source. 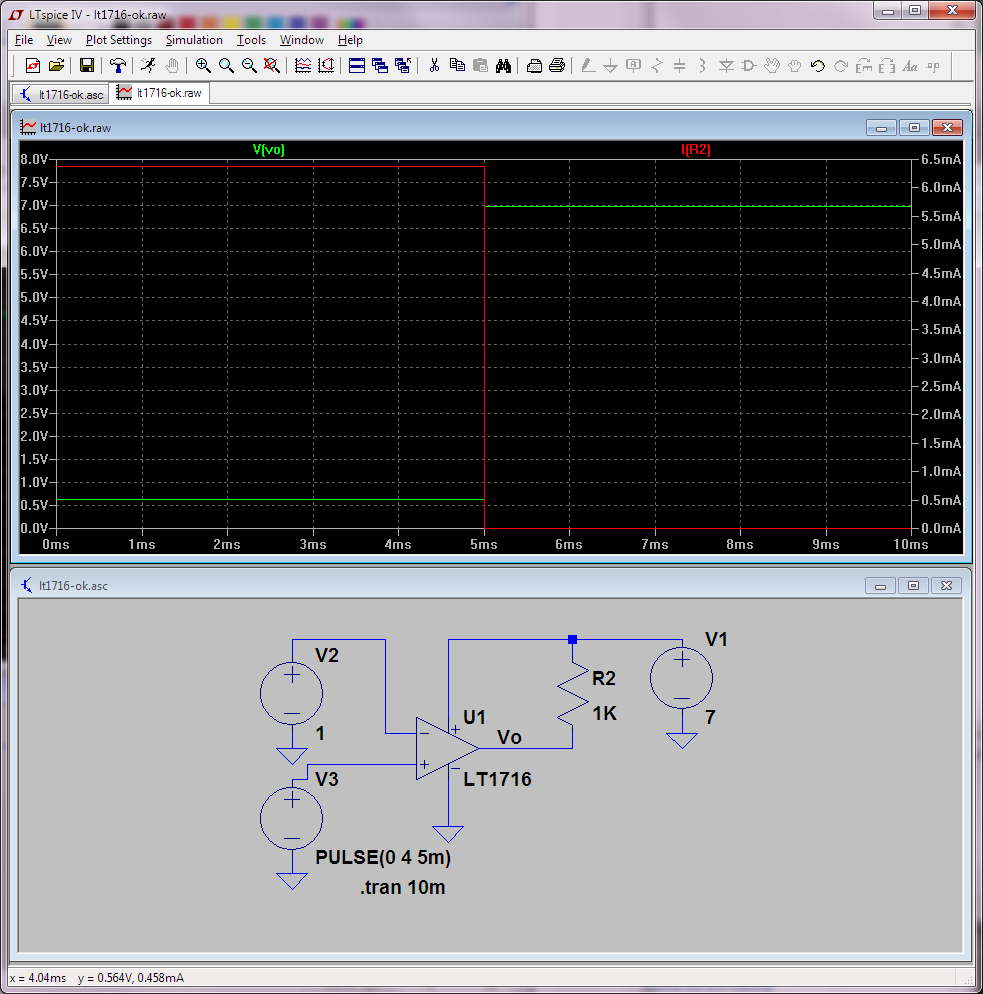 The LT1716 actually has a push-pull stage but the (high-side) PNP transistor is weak (perhaps because it is a lateral one). You can use the LT1716 with a low-side load, but it has to be of fairly high resistance (greater than 100K or so for 7V supply). 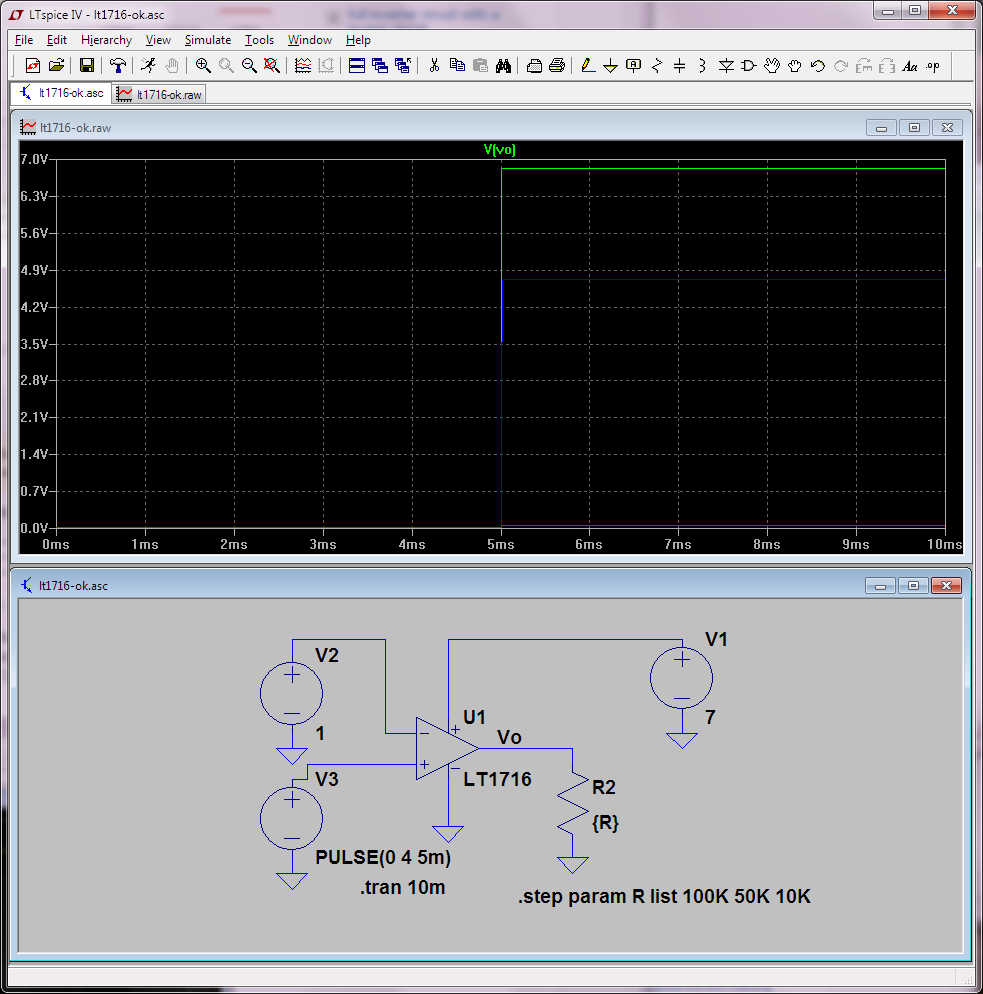 While a LM339 (which has a true open-collector output) is usable in the same manner with a high-side load: 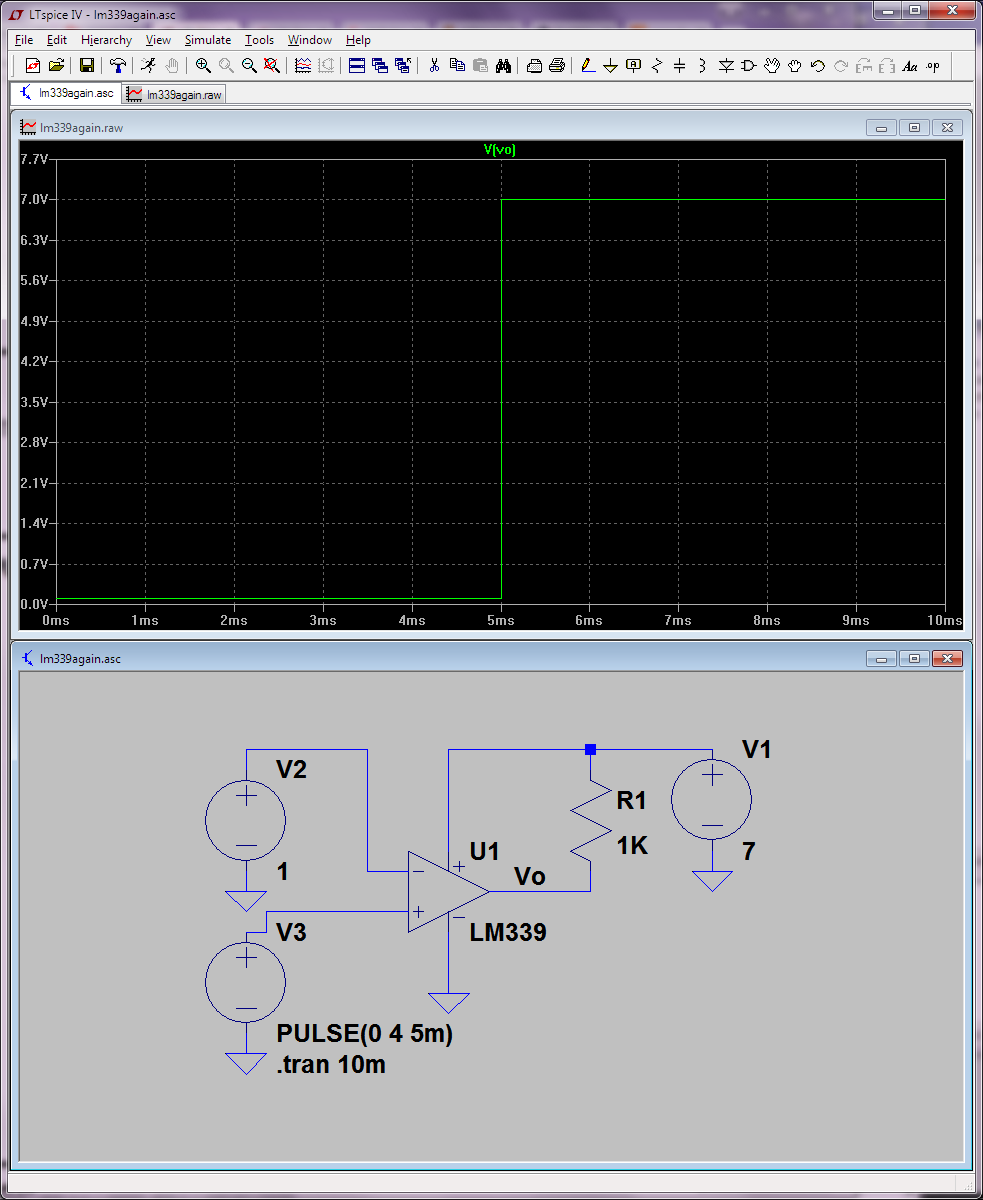 It is not usable at all with a low-side load: 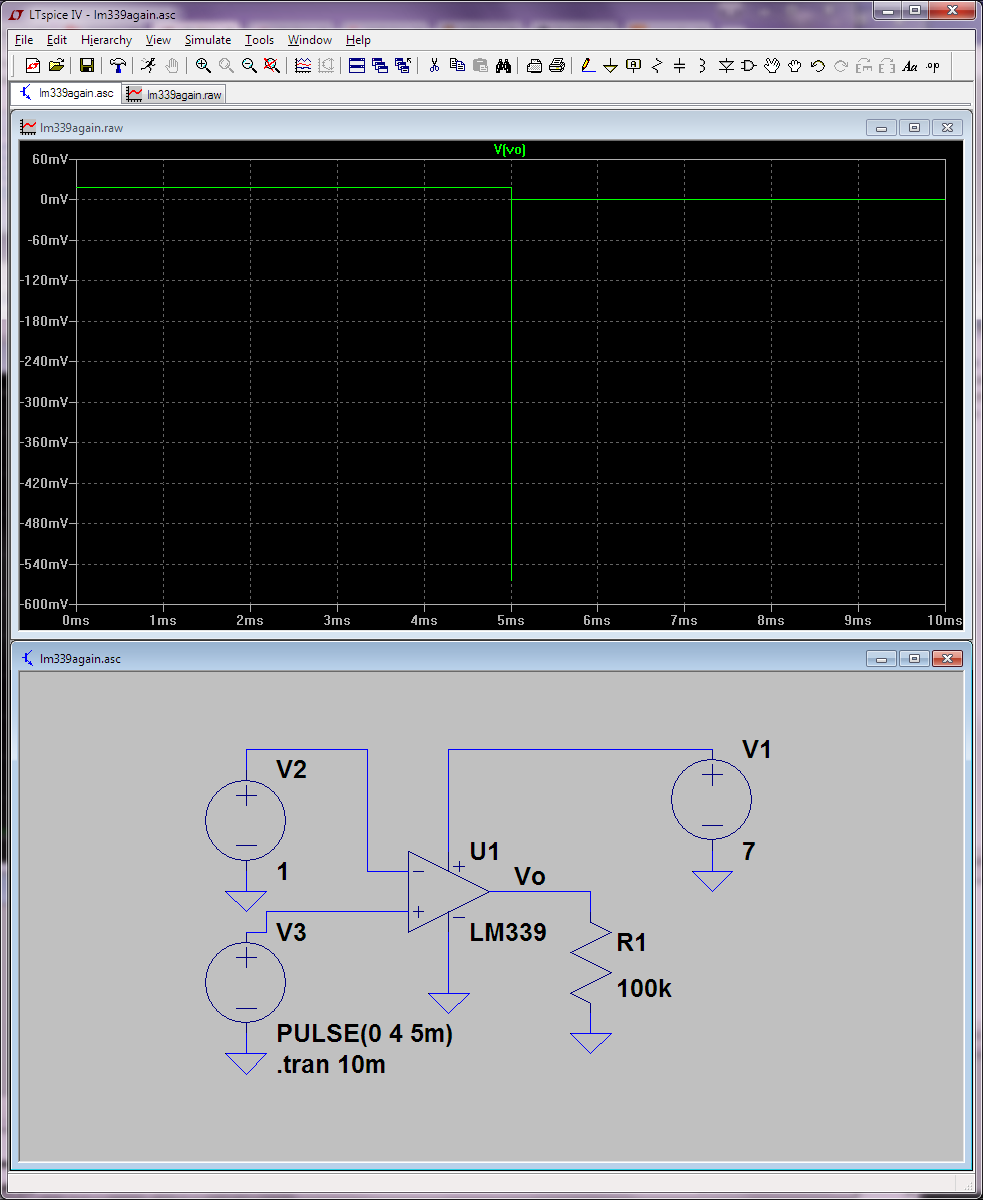 EM Fields raises a fair point that the currents/voltages on the high vs. low side load resistors are in anti-phase. This is shown below (at the top of the graph) with a (5V) CMOS [push-pull] comparator that can sink and source current almost equally well. Also shown on the below it is the same circuit but with the comparator replaced with an open-collector one (LM339). The currents are also in antiphase, but that comparator has no ability to influence the output when it's (sole) output transistor is "off", so the external circuitry dictates the off point, which in this case is at midrail because it's an equal voltage divider. The LT1716 is almost like the open-collector one because of the large difference (2-3 orders of magnitude) between the currents it can source vs. sink. Hope this helps. 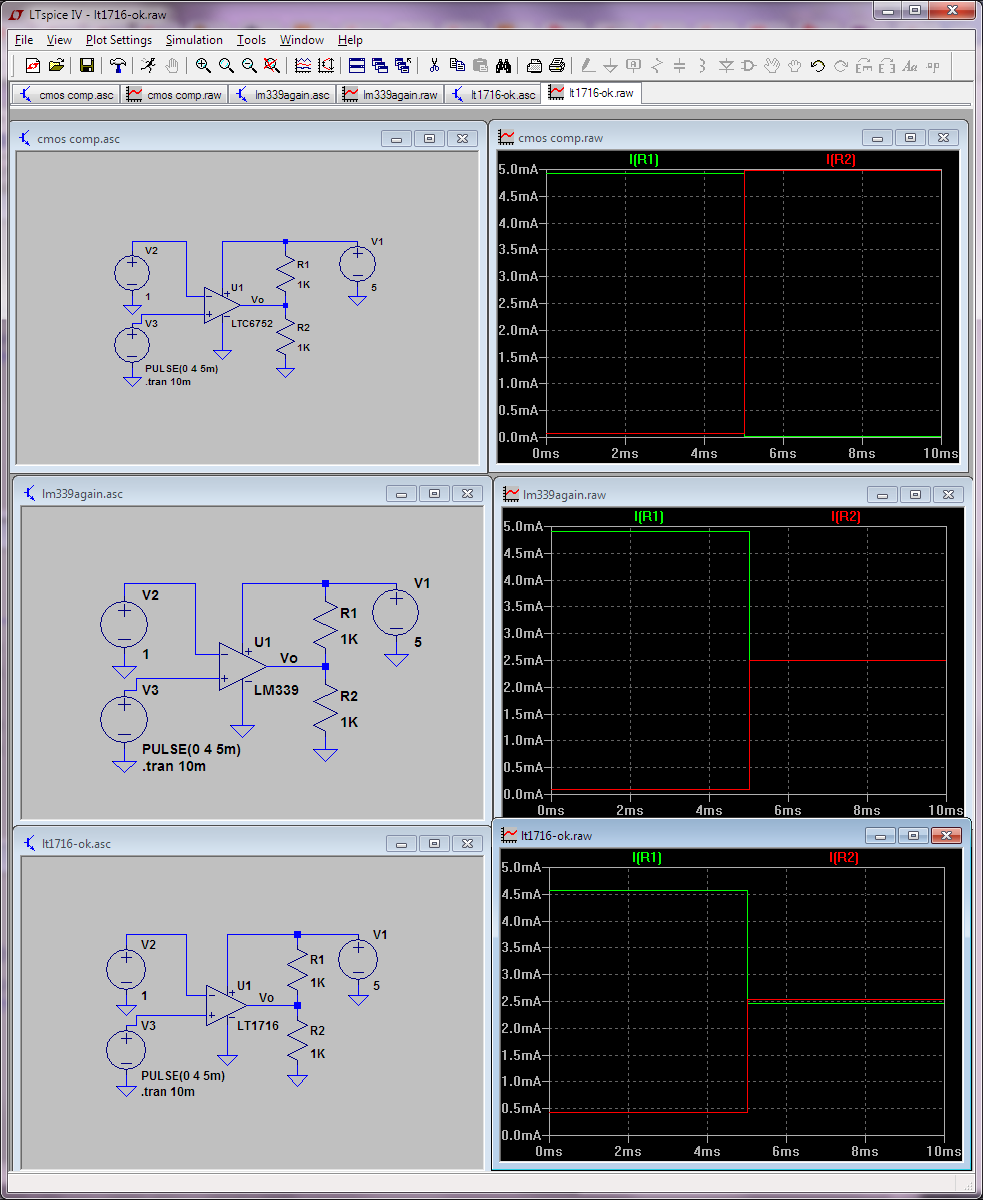 As already noted, the LT1716 has a very weak internal pullup to Vcc, (to save from having to install one externally) and its output stage is only designed to sink current. In order to get around that, if your load can be tied to the high side rail you can do this: 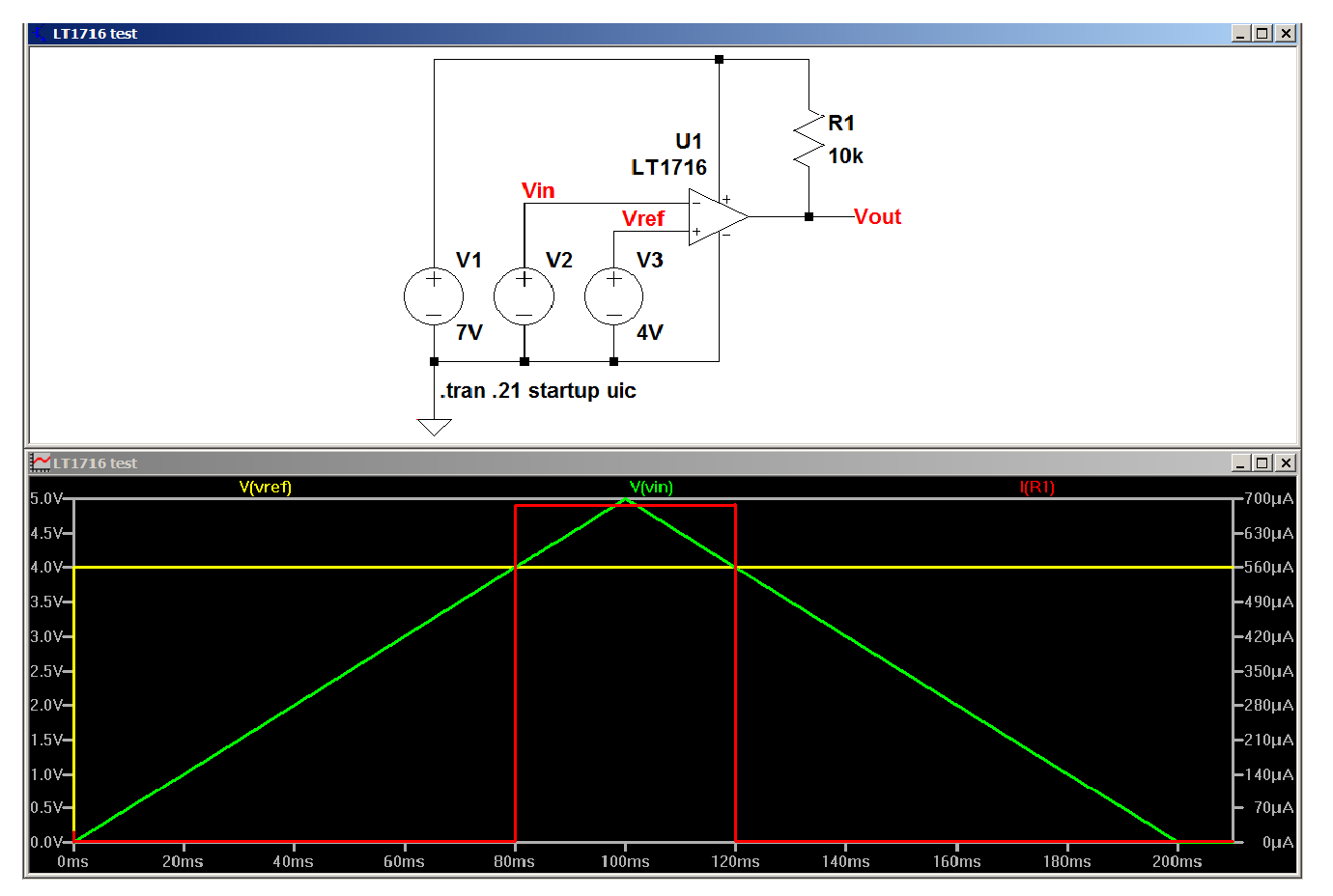 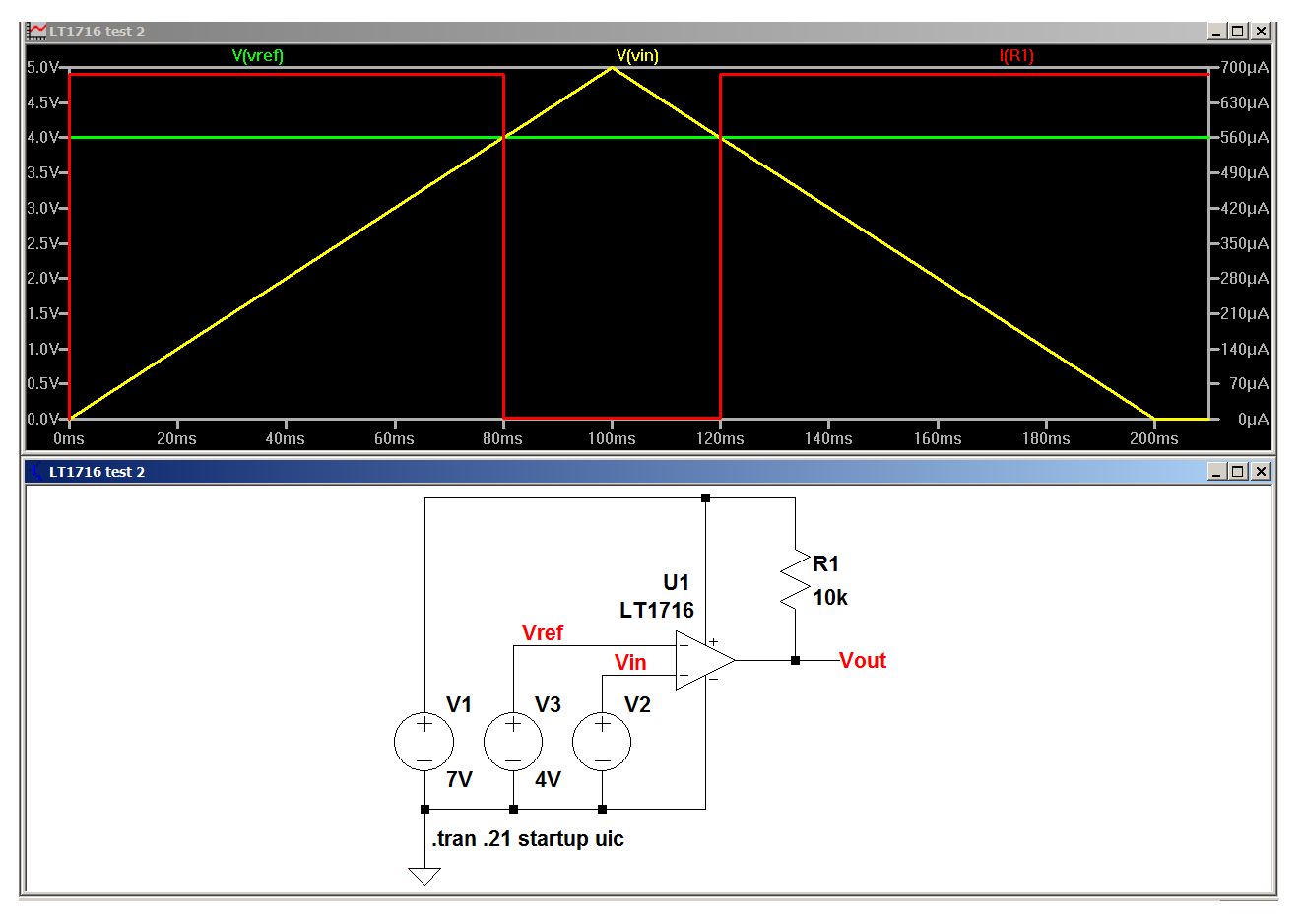