Why is home voltage value higher during the night?

I have been monitoring the voltage in my own home (Mexico 120V 60Hz). I have been graphing the values every minute and I'm starting to notice that during the morning voltage gets up to 127, and during the day (4pm) it can go as low as 118V — why does this happen?

The effect is quite similar to when I turn on the microwave for short periods, however these variations from 118V to 127V happen slowly during the 24 hrs of the day. 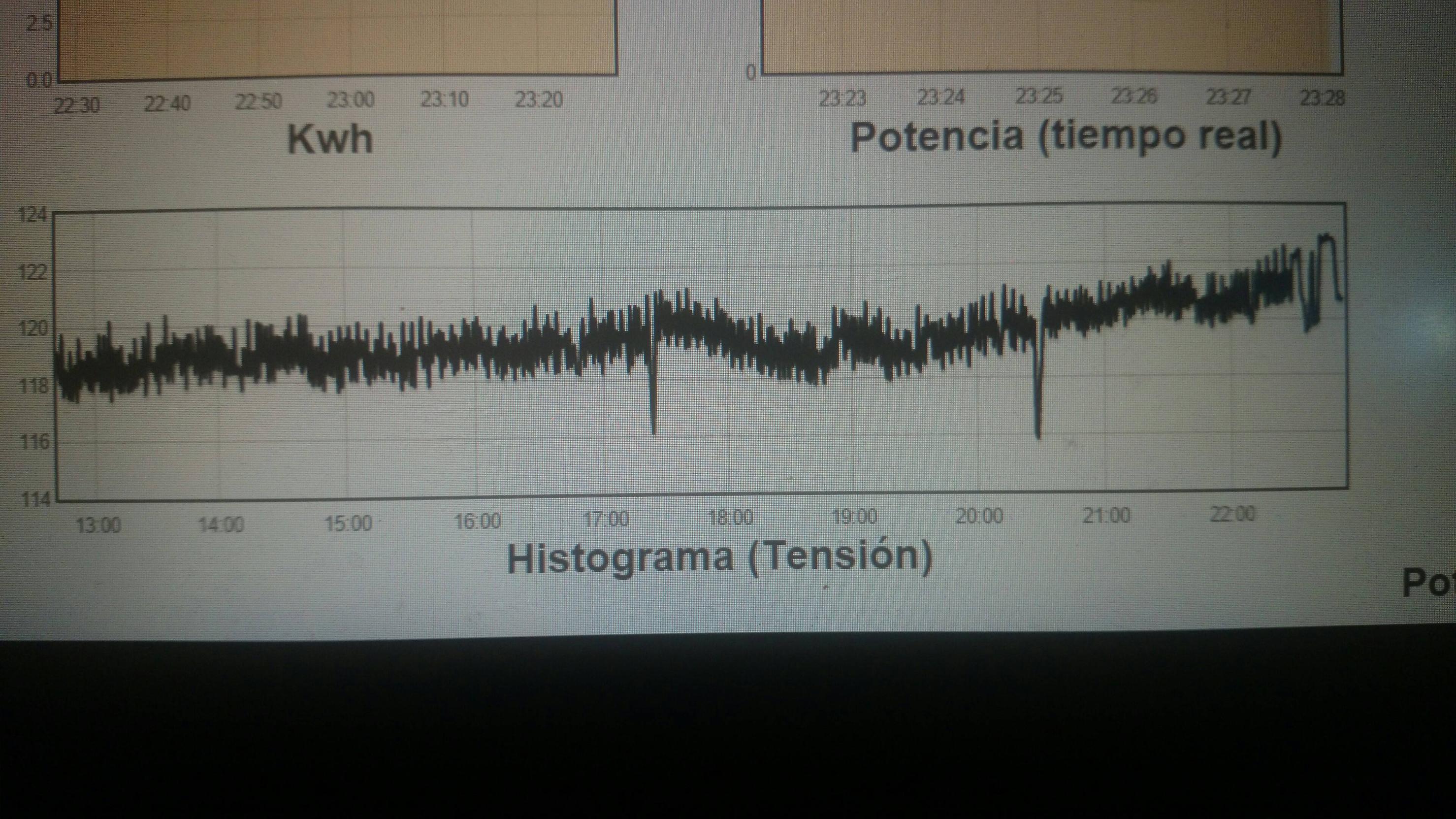 TL,DR; What you are seeing is primarily the result of reactive load droop sharing, with secondary loading voltage drops in the transformers and lines.

When generators run in parallel like they do to supply national grids, there are two mechanisms at play that largely go unnoticed by the local population.

Perhaps the most critical one is speed droop load sharing. It's actually pretty clever and fairly simple - every generator in parallel is programmed to have the same, predictable slow-down from no load to full load. This way if something large starts on the grid, all generators respond roughly equally, sharing the load in proportion to their full load ratings.

There is a bit more to this, of course. On a big grid, some generators like nuclear plants will be base load stations, and will hardly respond at all to these changes. On the other extreme are peaking stations like natural gas turbines, which can easily react very quickly to truly large shifts in grid loading. This kind of a set up makes the best use of both resources.

But this speed regulation trick doesn't help with reactive loading. In brief for those uninitiated, reactive load consists essentially of those back-and-forth exchanges of current between capacitive and inductive loads that do not result in the delivery of real power.

But we can use a similar trick by using a voltage droop regulator on the output of every generator on the grid. From no-load to full-load, every generator will have roughly the same drop in output voltage. People live and work in daily cycles, and as a whole bunch of inductive, motor operated loads start up, the grid voltage comes down a bit to keep things balanced. This usually hits hardest in the early evening, with a noticeable bump around breakfast time (usually).

These two systems work in concert to ensure that no single unit on the system ever absorbs an amount of real or reactive load that it can't handle (at least until something really unexpected happened). Of course, additional losses are incurred in steps between you and the grid, but I cannot give you exact proportions without detailed equipment information.

Your power utility will generally try to generate at constant voltage. The power distribution network of power lines and transformers will have some resistance and this will cause voltage drop along the network. The voltage drop will be proportional to the current drawn and this varies through the day. From your voltage monitoring you should be able to determine periods of high use in your locality. (This my be not be so easy if the utility company switches on and off peak-time generators.)

The other thing that may happen is that the grid frequency may drop slightly from 60 Hz (in your area) during peak loading. If this occurs then the utility company has to run slightly faster than 60 Hz during periods of light load to make up for this otherwise any mains-powered clocks will lose time. That is, they will track the mains frequency and lose and gain time during the day but on average they maintain their accuracy.

Most likely your utility does not perfectly regulate voltage. The voltage is 120 V nominal; in practice devices would be designed to tolerate a range of 110-130 V or more. If you happen to be near a large industrial load (factory) that could explain some of the variation. Some power plants are easier to regulate than others.

There are effects that will cause a local voltage drop within your own home, but the variations you are seeing are greater than that would produce unless you have serious wiring problems.

Not the answer you're looking for? Browse other questions tagged voltage current energy variable or ask your own question.

0
Voltage decreases on higher current
2
Higher voltage or more amps?
4
Why is it preferred to transport lower current and higher voltages across the PCB?
2
Does running LED at higher voltage damages the LED?
0
Why the output voltage of this IC cannot reach higher?
0
Question about the statement "Higher voltage means higher velocity of charge"
1
Do electrons go towards higher voltage or lower voltage?
0
Measured voltage and current different from the calculated value