Battery lifetime about a fifth what it should be

I have an esp8266-201 hooked up to an LM3671 buck converter breakout that is in turn connected to a 3x AAA battery pack.

The capacity of the battery pack should be at least 1200 mAh at 4.5 volts.

The device only runs for approximately 2 days or about 48 hours meaning that it is registering an average current draw of 25 mA.

What is going on here?

I powered the device using batteries from the same pack as the ones that failed earlier. I made sure all the batteries had voltages of ~1.6 V before placing them in the pack. I loosely monitored the voltage of the battery pack over time.

N.B. I realized a flaw in my firmware was causing the ESP8266 to draw more power than needed for my application. I changed the settings and managed to about half the wake current to ~55 mA. The average current is now about 2.5 mA 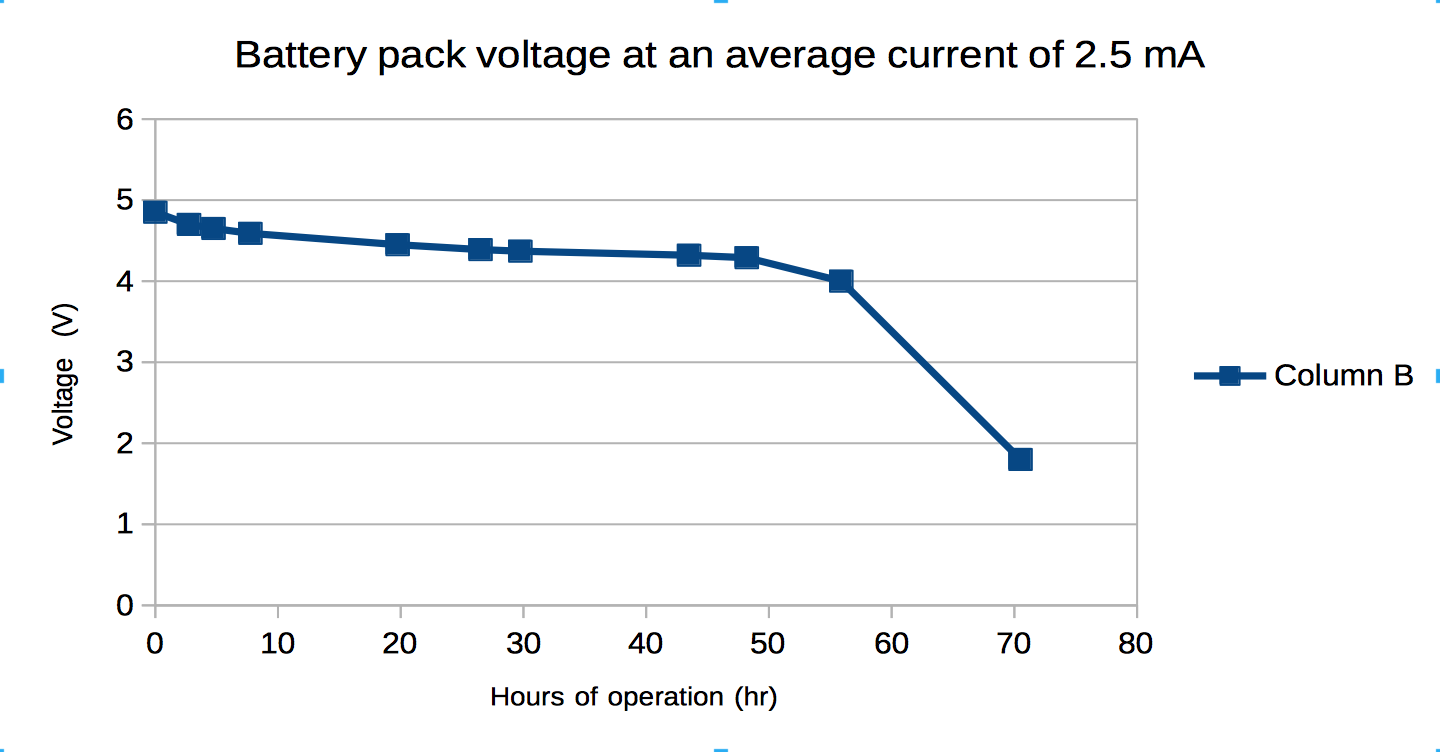 Although I halved the wake current the device did not last twice as long. It ran exceptionally until about the 50 hour mark where it began to drop off quickly. Does this signify bad batteries or something else?

It seem like the batteries discharged in the manner that they should, they just exhibited a much lower mAh then they should. I am particularly perplexed that halving the current did not double the run time. What is happening here?

What makes you think you're actually draining the batteries?

The batteries are not going to provide you with 4.5V all through the 1200 mAh of charge. The voltage is going to drop. According to your measurement(s) the battery pack drops to below (I assume) ~3.3V after two days of discharge. At which point your buck doesn't have anything to buck and the rest of your system browns out.

Try using a buck/boost to get more out of your battery pack. 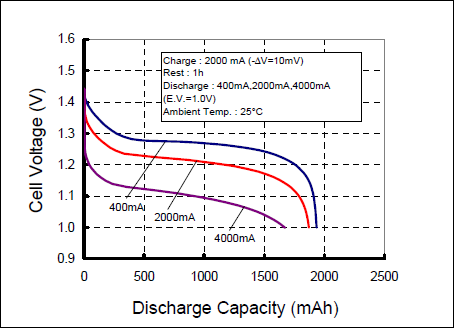 Samuel was right, it seems as if the batteries I had used originally were bad. The device has been running for about 100h now, and the battery voltage is 4.14 V under sleep load and 4.02 under wake load.

Not the answer you're looking for? Browse other questions tagged batteries esp8266 or ask your own question.

2
How long should 8, 1.5V batteries last for?
0
Can I recharge a battery that I don't know anything about?
4
Estimating Battery Life
2
Best way to power an ESP8266 (3,3V) from AA batteries with LDO
1
How to calculate CR2032 battery life with LED
1
Calculating battery life considering the capacity drops depending on load current (2 x 4 AA-packs in parallel)