I am trying to use an LM358 to amplify a thermocouple and read in the resulting voltage into an Arduino.

I bought an Amico thermocouple from Amazon: http://www.amazon.com/Probe-Thermocouple-Sensor-Temperature-Controller/dp/B00899A4LY/ref=sr_1_7?ie=UTF8&qid=1448423872&sr=8-7&keywords=thermocouple

It is type K, and if connected to my multimeter with the temperature setting, it shows 22C for room temperature. We tested it in a toaster oven, and it works at a range of temperatures.

Testing with Vcc = 6.3V (4 AA cells in series), I created the following circuit. It didn't work. The input voltage is correct.Admittedly, my knowledge of op amps is spotty. 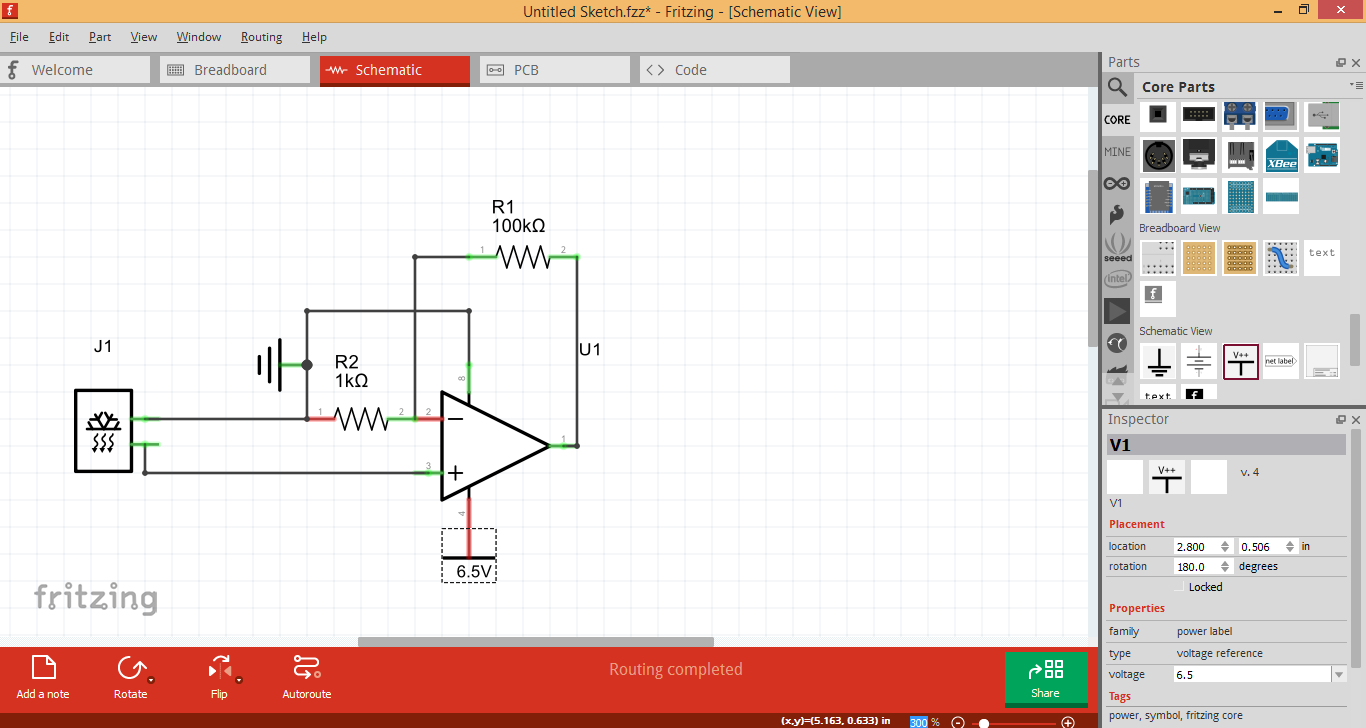 Next, I looked for a schematic, even though I don't understand it. It doesn't have two resistors in the voltage divider that is familiar to me. I tried to duplicate it but didn't have a 100k potentiometer or a 270k resistor, so I tried 120k ohm resistor that was handy instead. I didn't bother with the source follower on the output since it's going to my DMM which is high impedance.

The voltage differential is 40mV for example, dunked into hot water, and the output I am getting is 1.0mV (although it's noisy as well). Note that the author of this circuit says to put the positive side of the thermocouple to the negative terminal of the opamp (TP2). I tried both ways just in case.

Here is a picture of my circuit. I apologize that the terminals block some of the view but at least you can see some of it. 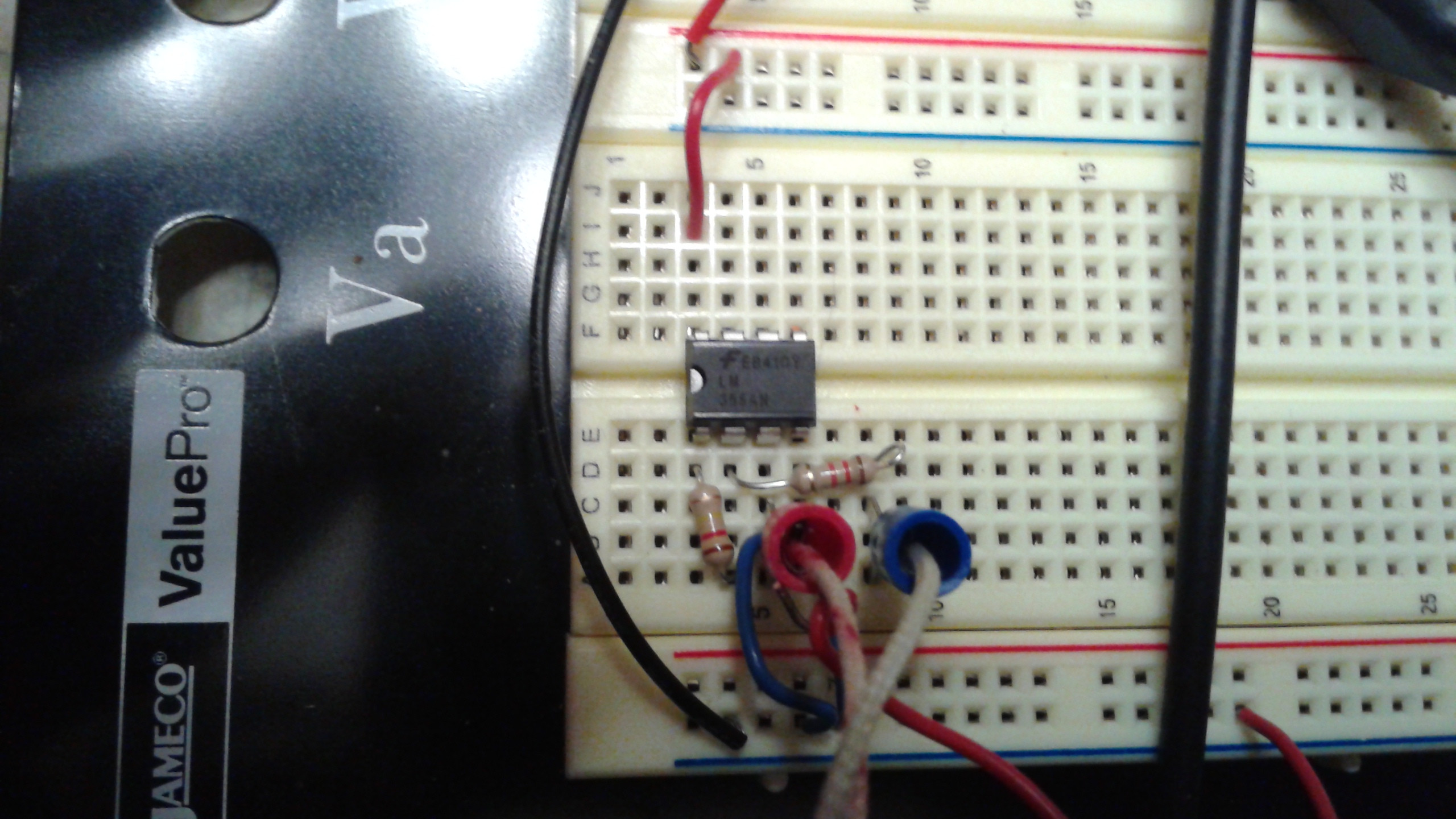 Any clues on what is wrong?

Be aware that using a thermocouple like this will basically only give you a signal that depends on the temperature difference between the thermocouple tip and the connection to your opamp's input.

The signal is very small (41 uV/deg C), so generally opamp offset voltages will provide more signal than your thermocouple will. For this reason, to get good results you need to use an offset compensated (auto-zeroed) opamp; even then it's hard to get accurate results.

Also zooming in on your Fritzing schematic 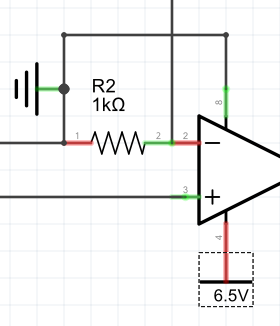 you've swapped the polarity of the + and - supply pins of your opamp (pins 4 and 8), so it's probably damaged / busted by now if you've actually connected it that way in your first circuit. 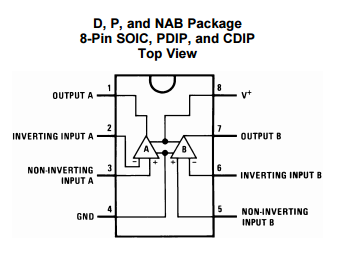 Not the answer you're looking for? Browse other questions tagged operational-amplifier thermocouple or ask your own question.