Self resonant frequency of buck converter

The reason for asking this question is that i am supposed to design a current controller for my buck converter. And the controller should be designed in such a way that the controller bandwidth is higher than the circuit's self-oscillation frequency. So initially i had no T type filter, just a simple circuit like (a), and i designed a current controller whose bandwidth is greater than 0.5*pi*sqrt(LC), but later i added another inductor to filter out the current more (which is being supplied to the load). So now i am not sure if my circuit filters self resonating frequency would be same or not (which means my old controller design would work fine or not)

P.S my question may be very basic or stupid, but i dont have detail idea of power electronic components, so i posted the question as i couldnt find anything regarding this on the internet.

Your helpful suggestions and comments would be appreciated.

the controller should be designed in such a way that the controller bandwidth is higher than the circuit's self-oscillation frequency.

Well, for a 1 MHz switching converter (as an example), the LC circuit will have a resonant frequency that is probably no more than one-tenth of the switching frequency and quite possibly this could be one hundredth i.e. 10kHz. 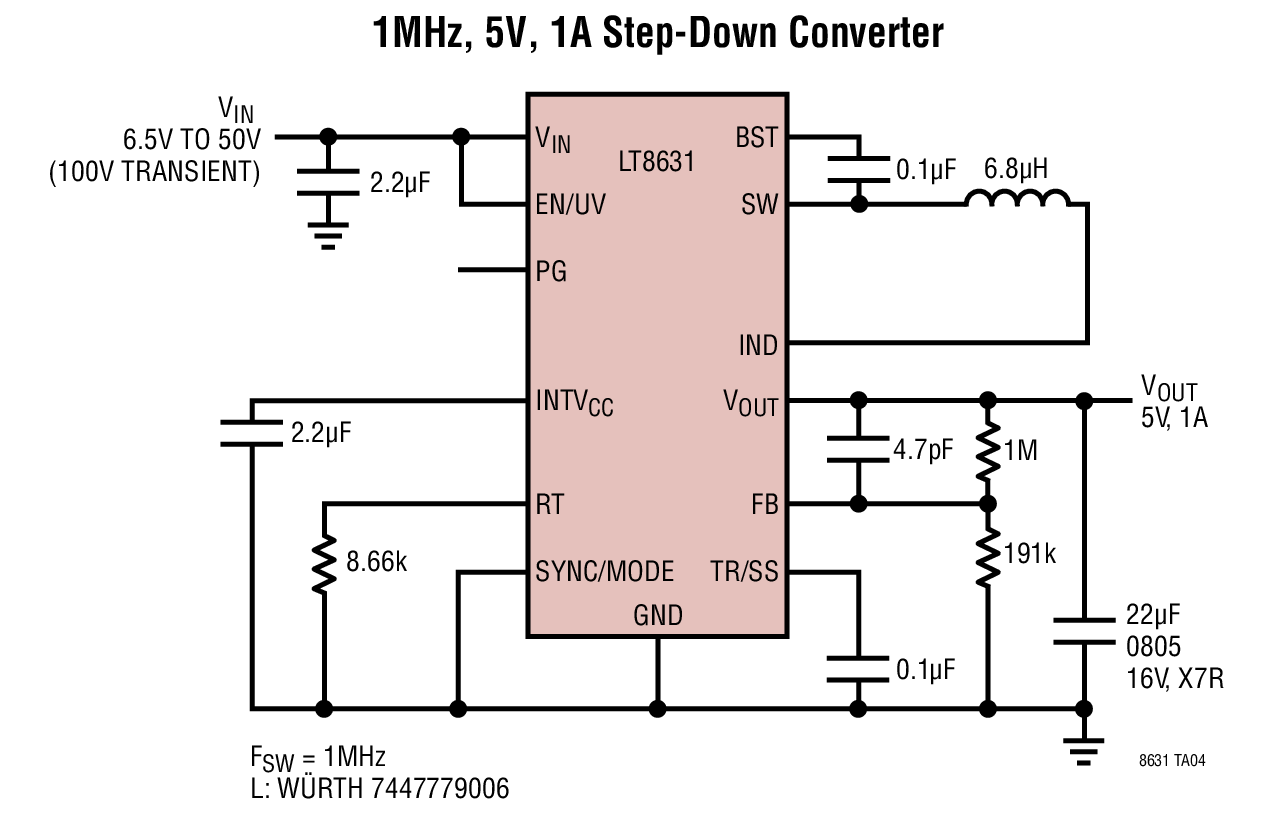 I know it's not a straightforward buck regulator but it's still using a 6.8uH inductor and a 22uF output cap. Resonant frequency is 13 kHz and ripple should be pretty good.

So, to answer your question directly, I think you are getting muddled up!

Not the answer you're looking for? Browse other questions tagged frequency buck converter or ask your own question.