Need to find the component with marking 500

I am having hard time in finding what this component is . It has 8 pins and a marking on it says 500. It has 2 pins on bottom on each side and two on each top side.

On the board 2 pins on left bottom are as inputs and two on the right are used as outputs.

I searched for it on SMD codeBook as well as this site but couldn't find anything.

I hope some one can help here. It is part of a rs485 circuitry on a board. There is another Sot23 marked W216j I couldn't find this also. This is how they are connected. Please ignore the pin names on SOT23/IC1 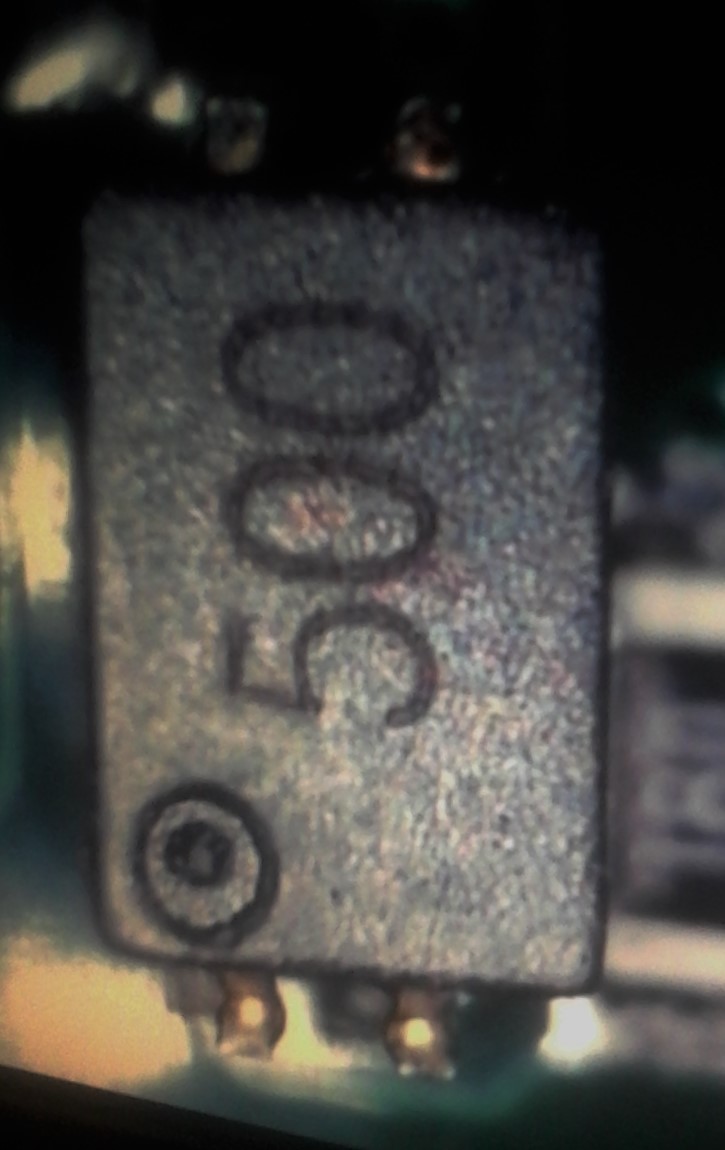 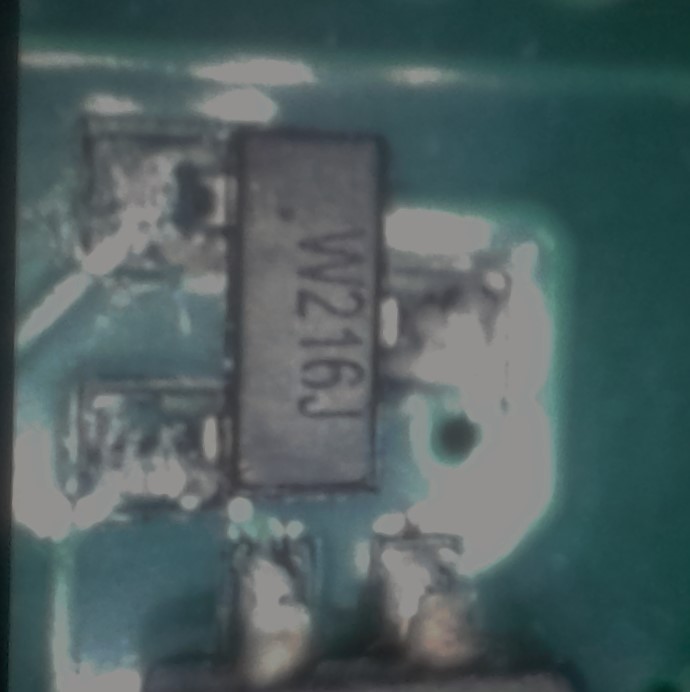 I'm going to post this as an answer as I've seen the same type of question come up multiple times, and for each I've basically commented the same thing:

It's pretty much impossible to identify this sort of component unless you either have a BOM of the circuit, schematic, or already know what they are.

If you have some rough idea of the function they perform and it is something more complex than say a discreet transistor, then you may be able to identify them by searching for parts with that functionality on manufacturer websites and comparing marking codes from datasheets. But really this is a shot in the dark.

Having said that, based on your description, the SOT23 package device is almost certainly some sort of TVS device - used for ESD and Transient (EFT) protection on inputs. These are quite common on RS485 devices as per this TI application note. There are components like this specifically for RS485 in the same package like this one. Doesn't have the same marking code, but will like have the same function.

The other package as pointed out by @jp314 in the comments is likely some kind of line filter. As you have found WE has some in a similar package with similar markings, so this is quite clearly what it is. In fact looking at the datasheets from that link, this part has a marking of 500 and looks identical to your picture.

For both of these parts, it could be inferred from the circuit what the parts do. Finding a datasheet for the exact part is the hard bit.

There are 2 windings on the toroidal transformer. The top connections are 1 coil, the bottom are the other. For signals that pass through differentially, the windings 'cancel'; for common-mode signals, the windings 'add' and tend to limit the currents.

0
Help identify these two components
1
SMD identification SOT23 "t" "7" symbol
0
Help identify IC with erased label by using pin connections in the schematic
2
Unidentified IC with square marking
0
How can I Identify this IC marked SDA
0
What is the pictured component on a computer motherboard?
1
Need help identifying SMD diodes