I've a handset which i was using with my galaxy ace 4 then changed to experia z1 Anyway the handset butom was raising volume instead of pausing and then the jack was giving static and then it was done So i googled and founs that i can fix it Searched in my city for TRRS jack and didn't found So I got a TRS Jack drom radioshack and then tried to connect Basically i can't wire what where all working and even tried putting ground to the highest one then putting the red and green wores together on one of the 3 conductors and it worked so maybw ican use the mic as well? If not where to wire what? I mean there's red green black and copper Red green is the headphones and black is mic and the forth is the ground There's 2 conductor and both have same height

I've a samsung hand set using it on experia phone. Its jack.got messed up (like always). Went to radioshack didn't find a 3.5mm jack with four conductors so i got a 3 conductors one and decided that i don'tneed mic As you can see on top the 3 conductor one got 2 pins of the samw height so i don't know what's ring and what's tip The second one is the old jack which is 4 conductors (left right mic ground)

The third is the wires which is green red black copper

Googled again found a reddit post about a guy who want to do the same and cancel the mic and he messed up with colors But i googled and found an adapter trrs to trs so if that works i think i can make the mic work as far i understand that you can connect one (red/green) with the copper and connect the other one and connect the black (mic) to the third I wanted to try but i'm afraid to make a mistake that harms the device so asked for help Hope this is more understandable The Pic; http://imgur.com/HogpfnQ 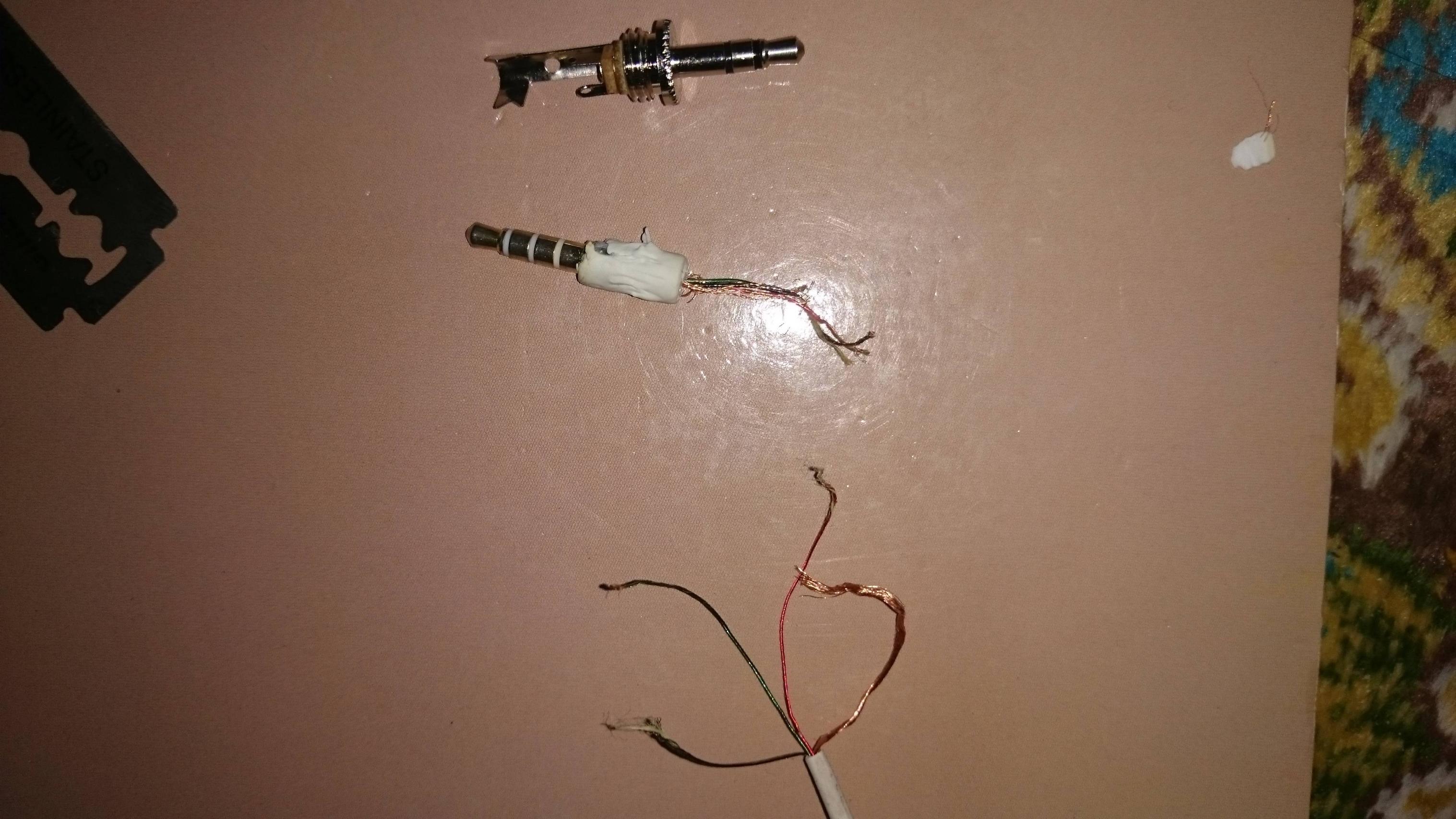 TL;dr: 1. How to use a TRS Jack instead of TRRS of the handset

I don't know if this will harm the phone or the handset or not really. Thanks

It appears that there is no official standard, so this is not guaranteed, but the one that works for me is:

In that order. The most common variation that I see documented is to swap Mic and Ground, but I haven't seen that in my limited sample size. I think I've heard of another one that puts the Mic on the Tip, but don't quote me on that.

I would make some reliable but easily removed connections per the above and test it. See if you get all the right signals in the right places, adjust as necessary, and make it permanent when you get it right.

The one thing to be careful about in most cases is accidentally connecting two outputs together, which you don't have to worry about here because you're throwing away the mic.

If you want to salvage the mic, you'll have to settle for mono headphones instead of stereo, and I have no idea what the pinout is for that.

I will say, however, that you shouldn't just connect Left and Right together. That makes two outputs fighting each other, and you may not like the result. You could throw away Left or Right and keep the other, but that would ruin some music. Or you could put a resistor in series with each one and then tie the resistors together, but that can make certain headphones sound weird. A powered buffer/amplifier would fix that, but then you'd need one of those.

My other answer was based on an incorrect understanding of the problem, but it does have some good information so I'll leave it.

To determine which ear to solder to for each contact, you can look closely at the stackup and understand that it's all concentric. This means that the layers have to "peel off" in order from outside to inside on both ends, so you can just count the insulator layers between tabs.

Here's a different design that shows this better: 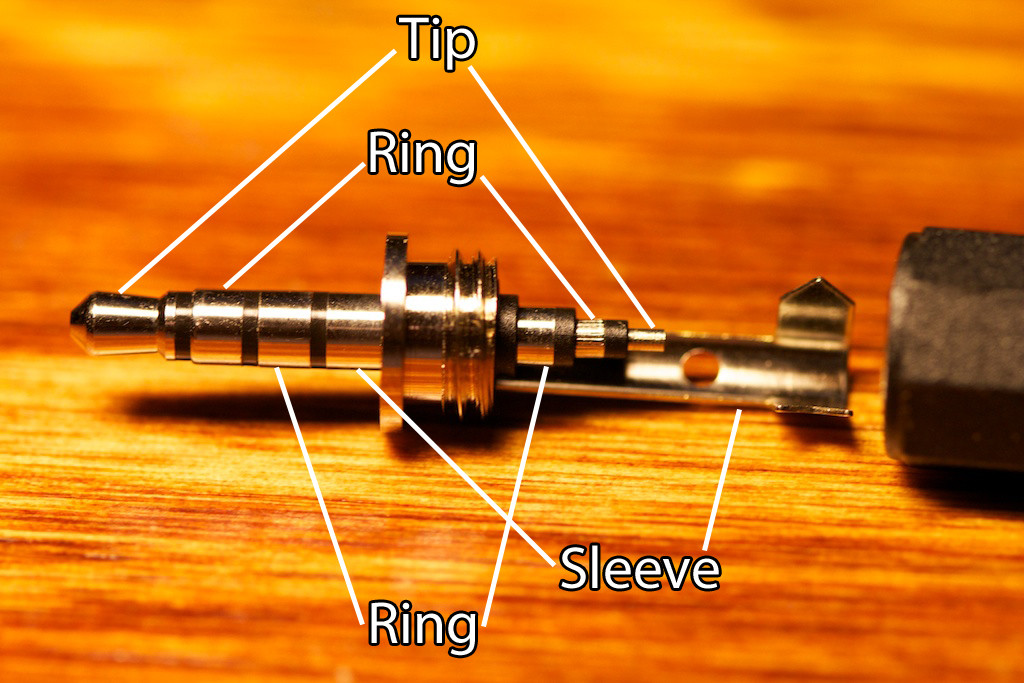 Or you could use a continuity checker.

Not the answer you're looking for? Browse other questions tagged audio wiring headphones or ask your own question.