Getting bad square-wave from the function generator

I have a small function generator: http://www.velleman.co.uk/contents/en-uk/p371_hpg1.html

And using the following device for DAQ: http://www.mccdaq.com/PDFs/manuals/USB-1208LS.pdf

I hook up the generator output directly to the daq board. At 1Hz output I see he following plot(sampling rate is 500Hz):

It doesn't look like a nice square wave. When I increase the freq. it gets a little better.

What can be the problem? 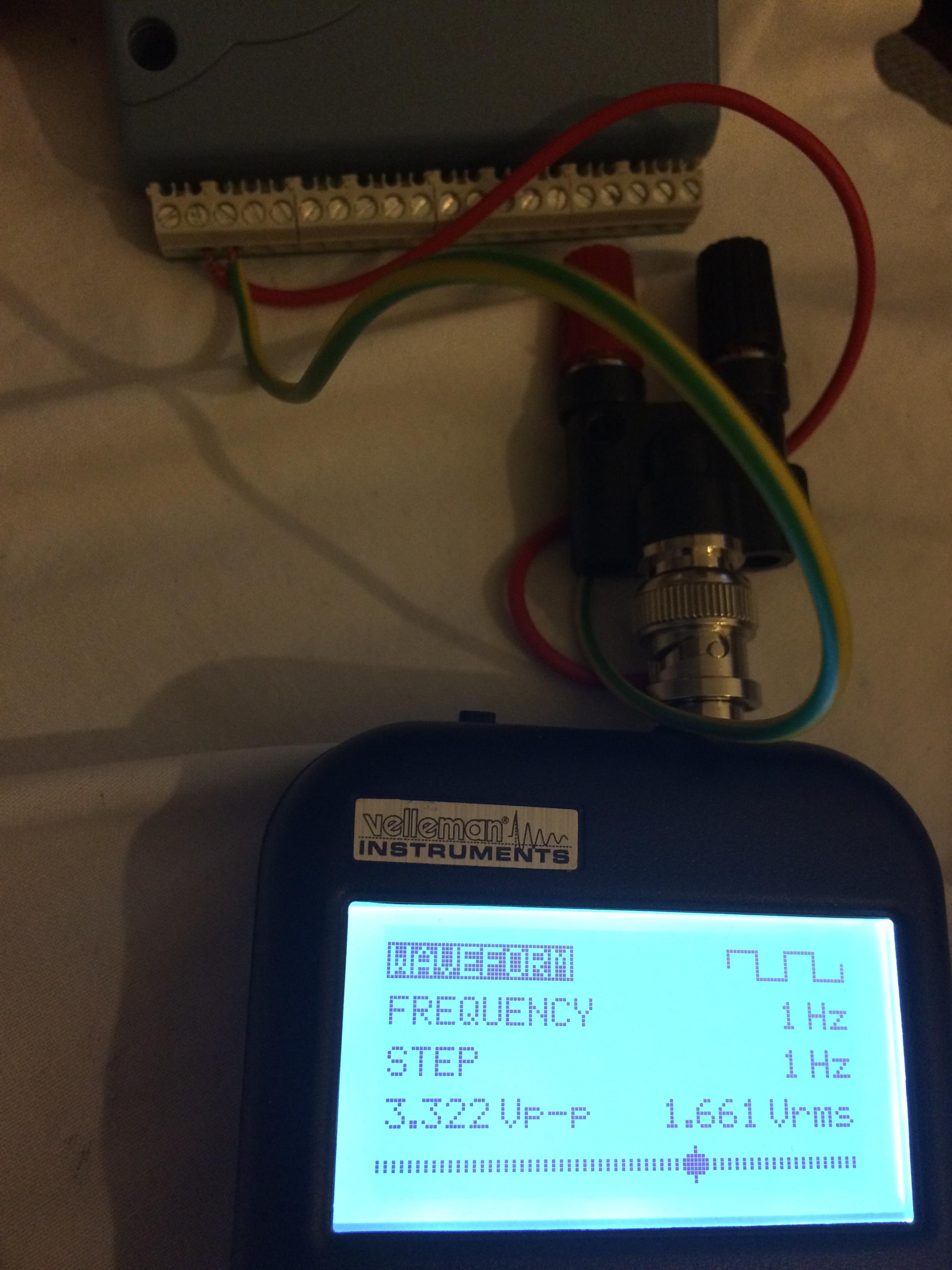 Yes, the schematic of the signal generator (page 8) clearly shows that it is AC-coupled.

IC4 is the output attenuator, and IC3B is the output driver. C4, C20 and C21 are the coupling between them. In conjunction with R7, they give you a time constant of roughly 1 second, which explains the "droop" you see on a 1-Hz square wave.

EDIT: The issue here is that the DAC (IC2) is single-ended — it can only produce positive voltages. In order to get an output that swings both positive and negative, the AC coupling is used to remove the DC bias.

If your application does not require negative output voltages, you could simply short out the coupling capacitors by installing a temporary wire across one of them.

If you do still want bipolar output voltages, but a much lower cutoff frequency, Google for the phrase "dc offset servo circuit". The basic concept is that you use an active low-pass filter to isolate the DC component, and then subtract this from the original signal in the output stage.

Not the answer you're looking for? Browse other questions tagged function-generator or ask your own question.