Is there any example, preferably by photos, how does assembly layer on PCB differ from the silkscreen? I understand, that silkscreen reference designators should be left visible after the parts are mounted on the board, and assy layer information can be obstructed after the assembly process. Is that the only difference? I cannot find any exact information on this over the internet, everything I have found is a unclear to me. Thank you.

Dave's answer is a good one and correct in that assembly layer is not included on the pcb, it is simply to aid the assembly, just wanted to add a bit to it.

The assembly layer is useful for setting up the pick and place machine in that you can make the reference designators very large and put them in the middle of the part so there is no confusion as to what part the refdes is for. You can also put large dots to indicate where pin 1 is. On busy boards with lots of closely spaced parts, an assembly layer can be invaluable since it will prevent the assembly company from contacting you with questions (I have had an order put on hold before because they were not sure where pin 1 was on a part due to poor assembly layer on my part).

See below picture for an example of how assembly layer is useful. Note that it is very easy to see with the bare eyes which part is which refdes as opposed to having small silkscreen refdes numbers next to each part. Also note the dots in the corner of some of the parts, clearly indicating where pin 1 is located. You can also see some parts crossed out in red, indicating they are do not place. 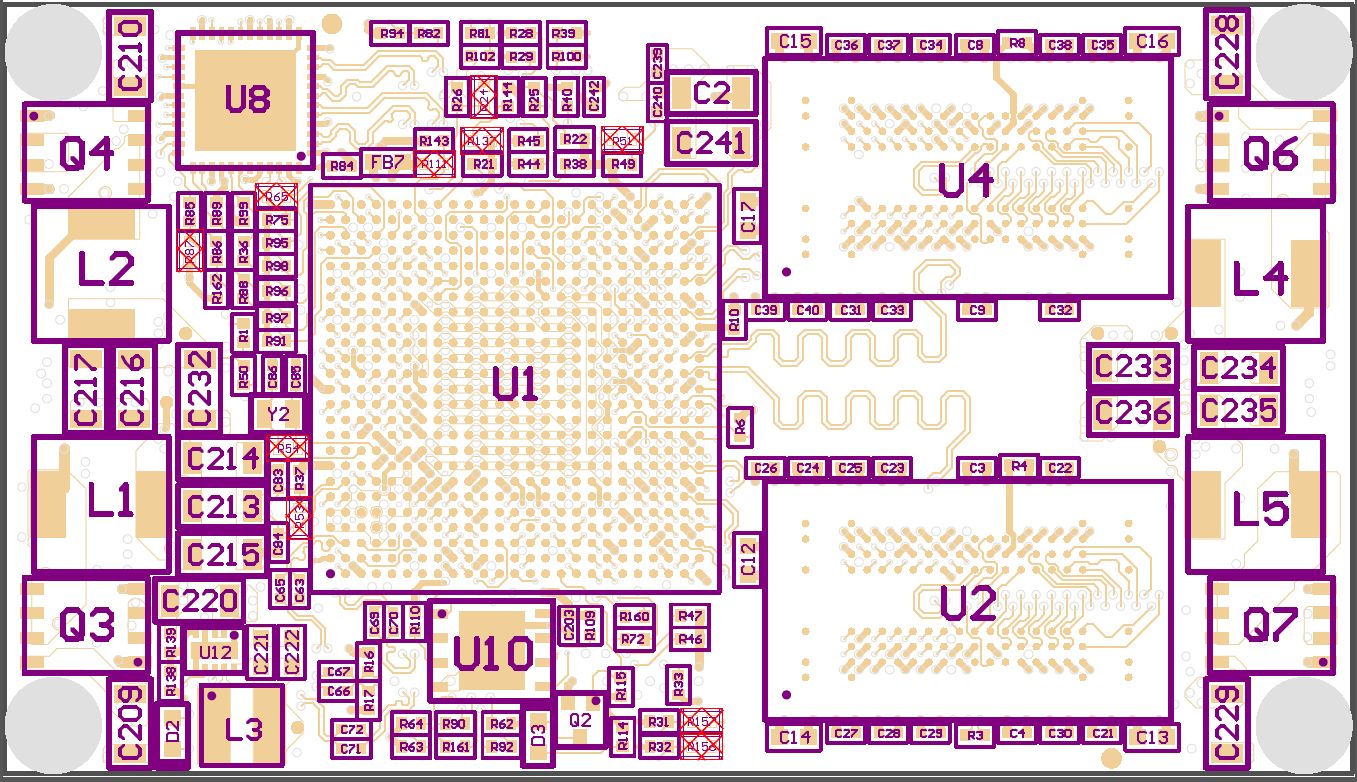 The "assembly layer" is not something that gets included in the actual physical PCB, it's just a drawing that becomes part of the documentation that accompanies it. The assembly drawing typically contains more detail than the silkscreen, and is used by the personnel who are assembling parts to the board (either directly or by programming a pick-and-place machine).

Not the answer you're looking for? Browse other questions tagged pcb pcb-design assembly silkscreen or ask your own question.

1
Typical minimum silkscreen-pad spacing
0
Silkscreen covering pads
5
Acrylic vs. Epoxy Silkscreen?
3
Can Silkscreen Go Directly Onto Copper PCB Layer? (No SolderMask)
0
Implementation of a coplanar waveguide in the design of a Butterworth filter
11
Why do some PCBs have the courtyard in the silkscreen layer?
1
Minimal distance between silkscreen text and edge?