I'm continuing my learning about flyback converters, and trying to understand the current flow and the magnetic fields involved. 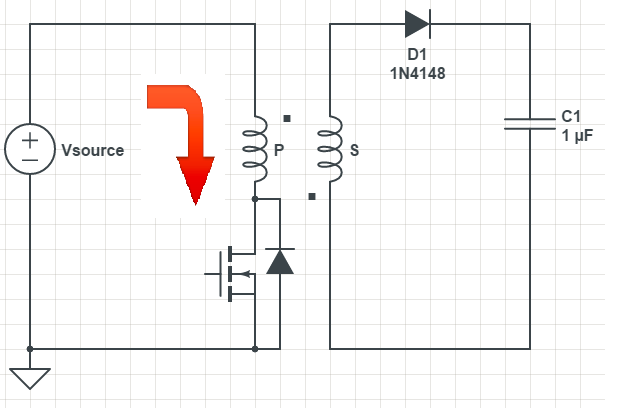 Now what I don't quite understand fully is what happens when the fet is turned off? I think the magnetic field will start to collapse and that this will result in current flowing in the other direction as the field collapses so now the diode will be forward biased and current will flow in the secondary loop. 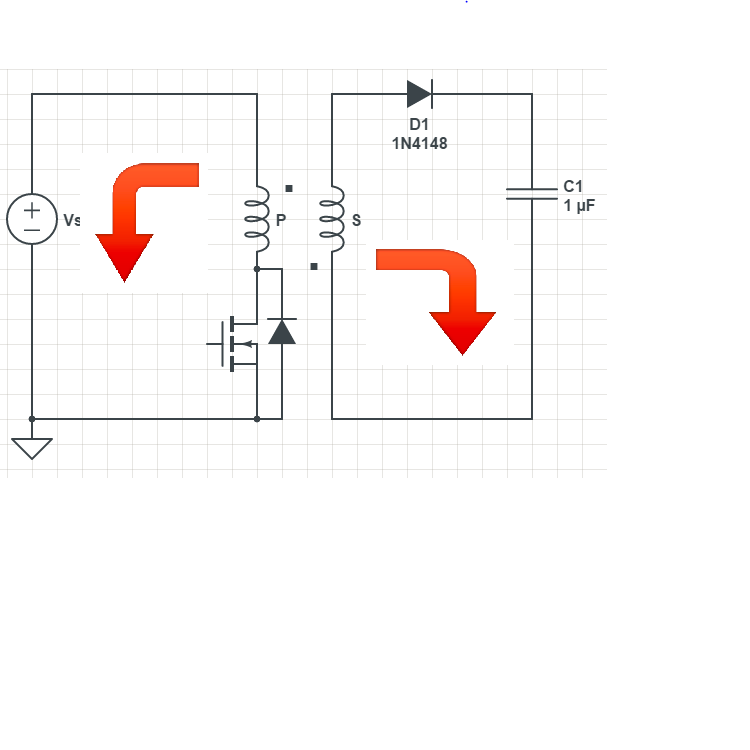 After watching the video in the comments it gets to a point where it shows the current flowing in the opposite direction but he's just modeling it. So what he calls the magnetizing inductor isn't a real part. So what's providing the loop for the current to flow on the primary side? 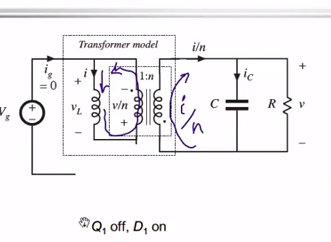 So what he calls the magnetizing inductor isn't a real part. 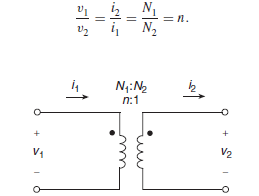 So how [in your opinion] would any current flow/charge the flyback if didn't have magnetizing inductance, since on half the time the circuit looks open-circuit on the transformer's output? 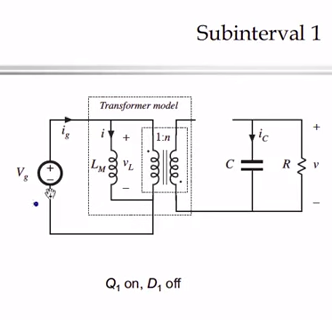 If the coupling is ideal (k=1) in this latter model, then leakage inductance can be ignored (becomes zero) but the magnetizing one does not!

Here's what happens with a less unreal transformer: you can have current flowing in the primary even when the current in the secondary is negligible/zero. 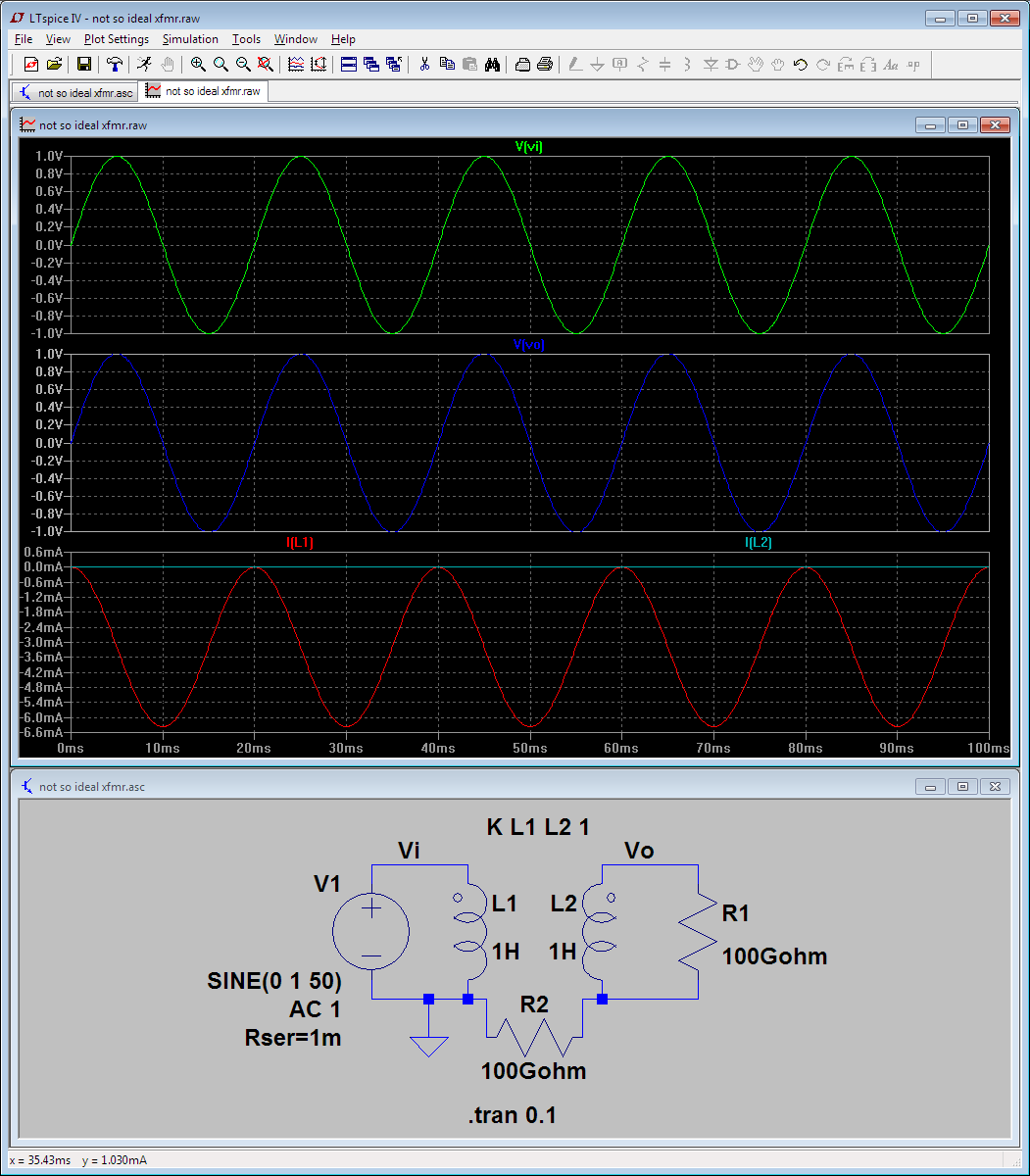 Sorry if I broke the high-school physics curriculum. And yes the flyback does work exactly like Erickson said, current only flows in one winding at a time. 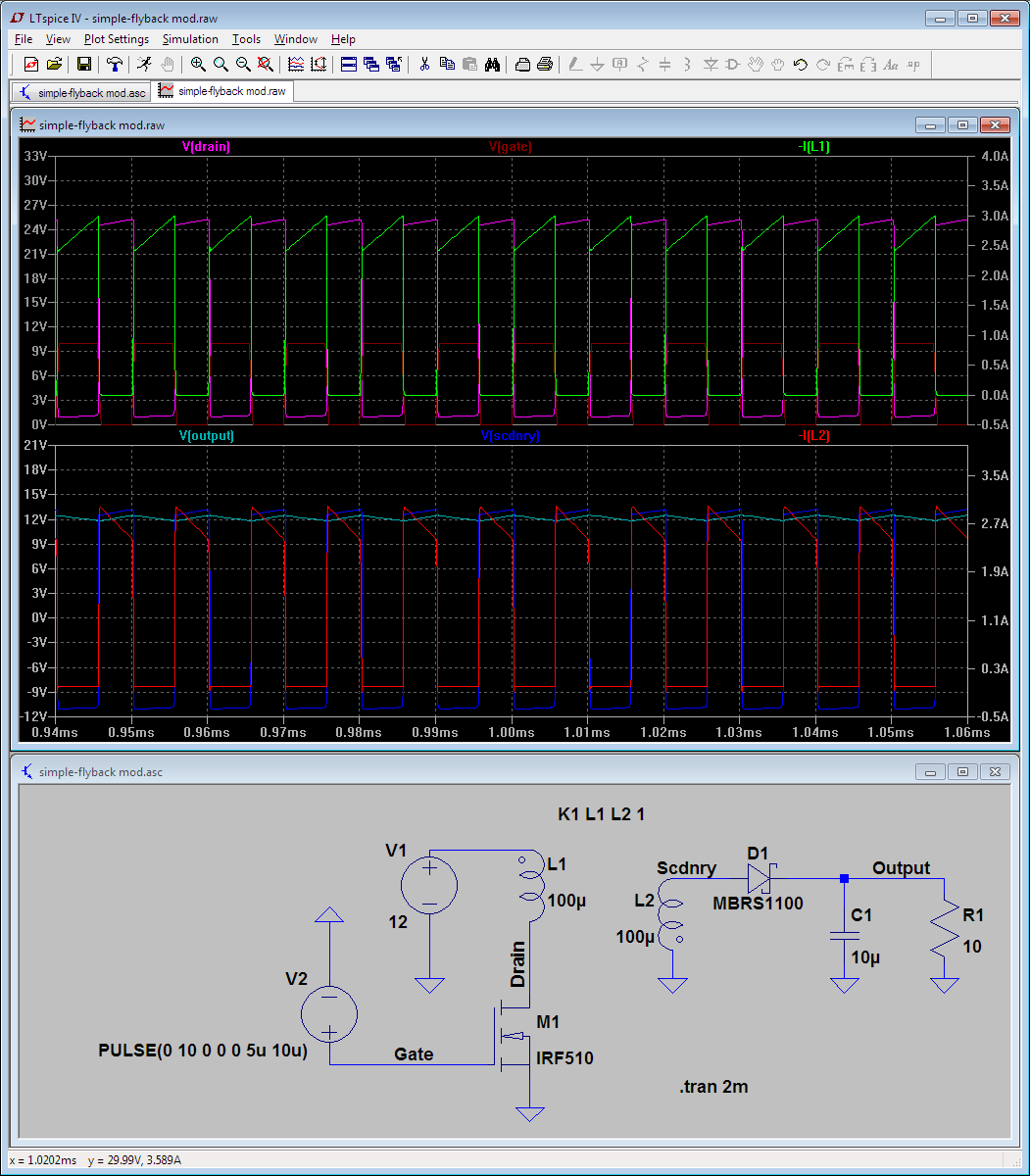 I guess you are confused [of what happens on the primary] because you've heard somewhere that the current of an inductor cannot change suddenly. And that's true, but a flyback "cheats" by having two coils wrapped around its core. If you want a more prosaic description, the collapsing magnetic field "wants" to cause the coil voltage ouptput to rise. But in the case of a flyback it has a "choice" because there are two coils around its core! So it takes the "path of least resistance" and causes the secondary voltage to rise because the resistance there is much lower when the FET is off.

More concretely, you can see above that the MOS voltage drain goes up to [roughly] twice the supply voltage when the FET goes off. So in this respect the flyback does work exactly like your average inductor "protesting" that you cut its current path. But when the drain voltage becomes twice the supply, the voltage drop across the [ideal transformer] winding is high enough (i.e. equal to supply) to open the diode on the secondary side. That's what actually saves the flyback form creating some kV arc on its primary (like a regular inductor would). Once the diode on the secondary opens the rising voltage [reflected there] meets the capacitor, which opposes sudden increases in voltage at its terminals, so the rapid increase in voltage becomes manageable. Conceptually, the magnetizing inductance charges the output cap through the ideal transformer, exactly like Erickson said.

There is nothing incorrect or deeply mysterious about that.

Now what I don't quite understand fully is what happens when the fet is turned off? I think the magnetic field will start to collapse and that this will result in current flowing in the other direction as the field collapses

No, this isn't what happens. The current doesn't change direction, the current stays the same and would gradually (if allowed) fall to zero dissipating the stored energy in other components.

So, in the beginning there was nothing then, suddenly, the FET turned on and current began to flow through the inductor starting at zero amps and rising to some positive value after a few microseconds. The ramp in current is Vs/Lp, that is supply voltage divided by primary inductance. Anything on the secondary doesn't count because of dot-notation and the diode in the secondary.

An amount of energy is stored in the magnetic field and when the FET open circuits that energy can only be passed through to the secondary and luckily (not really) the diode is going to conduct and pass that energy through to the load and storage capacitor.

Under no circumstances does the body diode of the FET conduct because the flyback voltage at the drain is positive. It has to be positive (and remains positive) while ever the fet is open circuit.

Just think about it - the long-term average voltage across an inductor has to be zero - if it isn't then the average current will be a rediculously large amount.

1
Flyback converter current flow?
2
Danger of Saturation of Primary Coil in a Flyback
2
Flyback voltage in Flyback Converters
1
How does flyback converter with two MOSFETs work?
0
Flyback and electron flow
0
Energy Transformation in Flyback Transformers
2
Don't understand the current direction in a flyback diode circuit
0
Inductor Polarity Reversal - Flyback Voltage
3
How does a flyback work when there is no output load?