What is LED spatial distribution?

I was going through a 5mm blue LED data sheet and found this diagram in it. Couldn't figure out what it is. 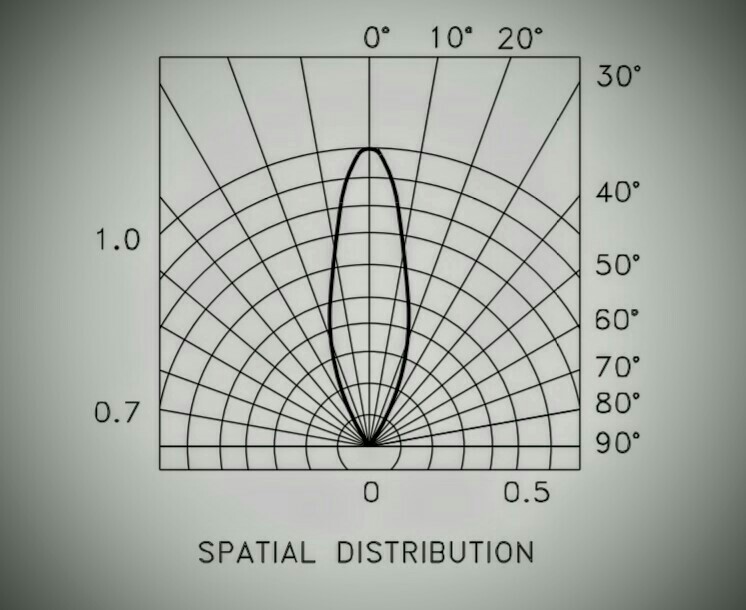 It is a plot of the amount of light for each direction. Imagine the LED is in the bottom middle, where the 0 is and it is shining up.

Close to the LED, the beam is around 40 degrees wide (20 degrees to each side)

If you let the LED shine flat over a piece of white paper, the marked area would be the brightest.

This is a plot of the relative output over the angle of view.

'relative' because you can see the angle it shines brightest is marked "1.0" so all the other values are scaled from there.

Not the answer you're looking for? Browse other questions tagged led diodes datasheet or ask your own question.

0
How do I use this LED strip?
2
Hall Effect Current Sensor IC Data Sheet
2
Could use some help on what should be a simple LED wiring scenario
3
LED typical and forward voltages
0
LED Applications
0
Protocol used by IR LED reciever (50W driver)
0
Zener Diode Voltage and Curve Equation