I have in the back of my brain a project involving wearable "transponders". These would be worn around the neck like a lanyard or a piece of jewlery. For simplicity, they should be able to charge by induction, so when I take it of, I only need to place it on a powermat-type surface, and it would be ready for the next day.

Is this something that is feasable for home-projects today?

The basic principal is very easy to implement.
As always, "the devil is in the details" but you can get quite acceptable results quite easily.

The major "secret" is to resonate the receiver circuit to the transmit frequency. Without resonance you need very tight coupling and signal levels will tend to wards being low or worse..

The achievable range relates to the "Q" of the tuned circuit. If the circuit has high Q the receiver voltages will be higher but the tuning range will be narrower. I was able to achieve acceptable Q for ranges of mm to a cm with 5% mylar capacitors and coils hand wound to the same number of turns on ferrite U cores. If you are prepared to tune the receivers or to use more precision components then higher Q's are possible.

Wikipedia on Q - good
Notes section headed RLC circuits near the bottom - but read the rest as well.

In practice "just trying it" is a good start.

I got excellent results in a niche application using a resonant current loop transmitter with resonant receiver coils wound on a ferrite U core. In my case I had the luxury of being able to place the go and return wires of the transmit coil so that the U (placed open side down like an N) sat over one wire of the tx coil with the other just outside the U. This was just an implementation matter and parallel flat coils is more usual.

I have NOT gone over any of the following in detail. They are examples of what's involved. Most people use a full bridge driver driving a resonant coil BUT a single transistor oscillator with a class-C power stage may be as good.

Instructables (agh) but may be OK as a concept proof. 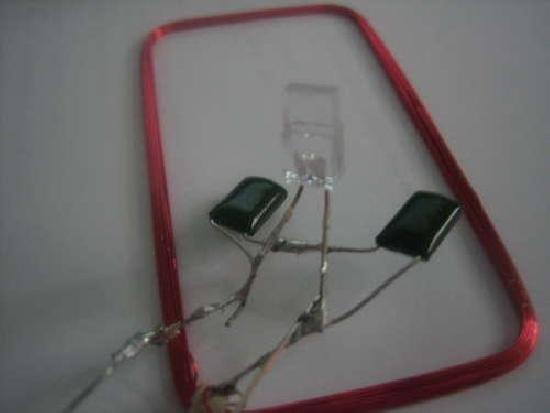 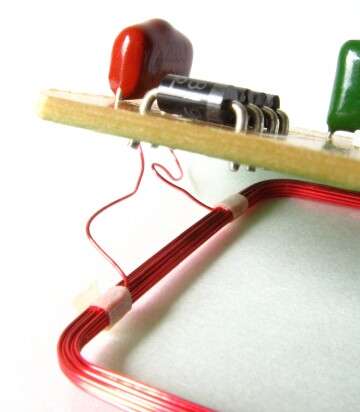 This is his transmitter circuit - gives a general idea of what can be involved. The 2 x 10 ohm resistors form a half bridge driver but limit his power and waste power. 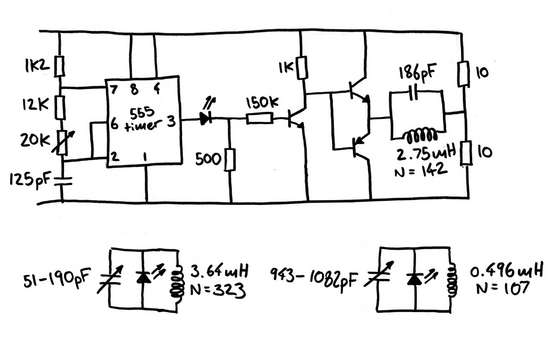 These people think they are serious - looks OK

Here is the website of the manufacturer's group that is promoting this technology: 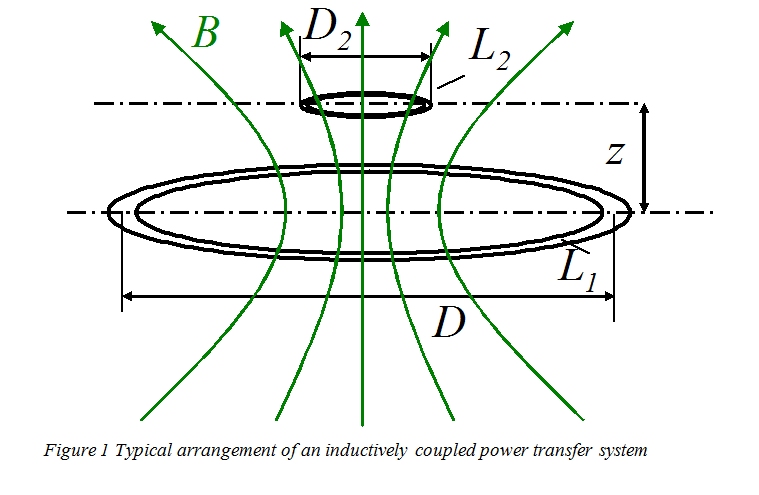 [From here on their site] (http://www.wirelesspowerconsortium.com/technology/resonant-coupling.html) 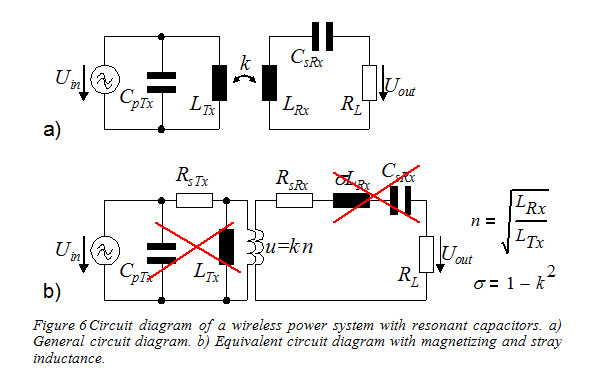 I hold one US patent (now expired). It is for inductive power transfer between a long loop and "stations" which both receive power from the loop and which bidirectionally signal over the loop. Application was a warehouse picking system. Available power per station was a Watt or few. From memory the signalling rate was in the 100 kbps range. Quite a challenge overall. The system worked but the client did not proceed commercially with the overall system.

There's a variety of induction charging systems for cell phones and similar stuff on the market - they include a charging mat and a receiver that is mounted onto device and has a wired connection to the device - just Google for "phone wireless charging", the first match I got is Powermat. I guess you can hide the receiver inside your device case to make it more convenient.

Not the answer you're looking for? Browse other questions tagged battery-charging inductive or ask your own question.

5
When should you or shouldn't you use a specific fet?