Circuit on a breadboard is not working properly

I have built the following circuit but it doesn't seem to work properly! The sound from the speaker should be maintained until the power is cut off but it is only maintained as long as the reed switch is ON. I have tried to built it again and again based on different equivalent circuits but it doesn't work! What is the problem?

The original schematics is the following: 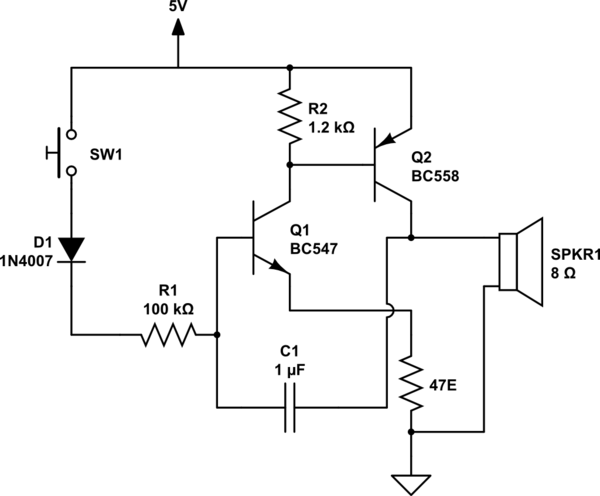 The equivalent schematic and the circuit I built on the breadboard are the following: 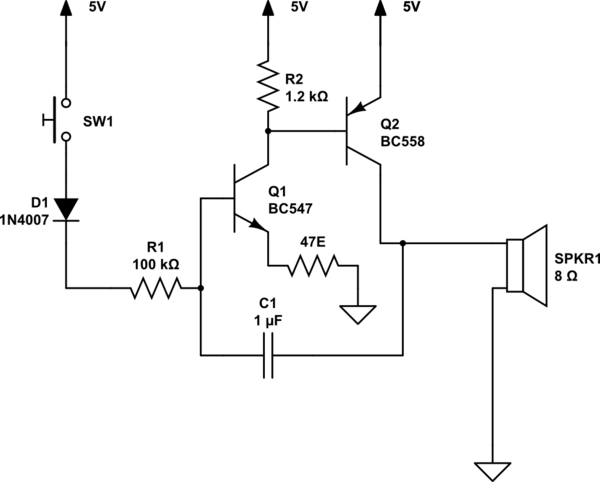 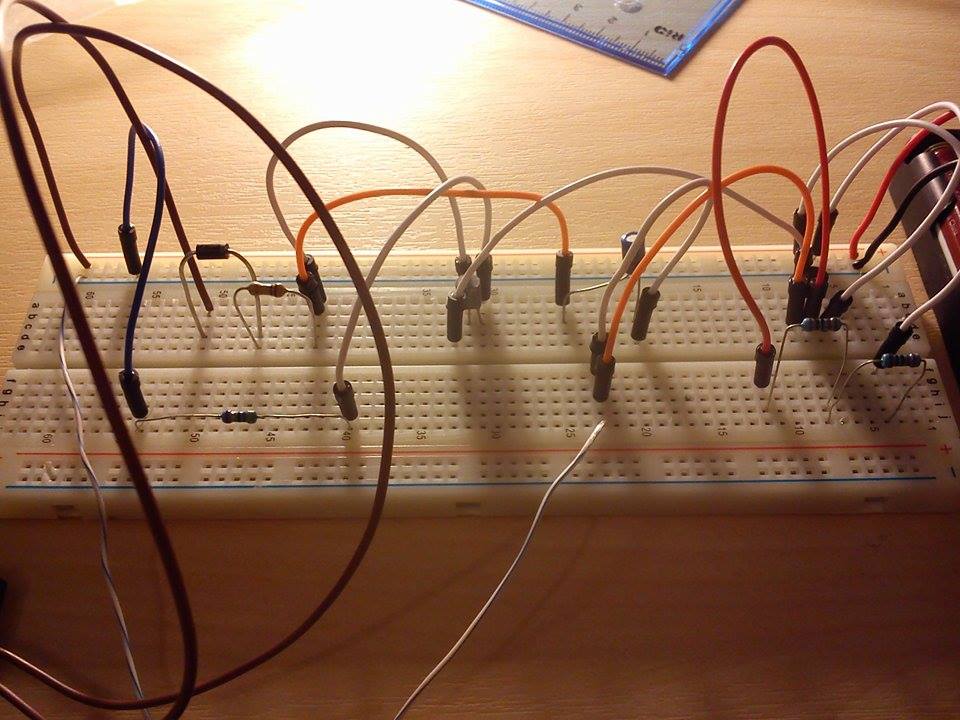 TL/DR : the circuit seems to be working as intended.

I think you misunderstood the (bad) explanation on the linked page:

Diode D2 which is linked with the switch S2 begin its conduction and offers power supply the transistor T1 and T2, which is in the waking state and as a result sound comes from the speaker attached to it. But in this instance a high frequency tone comes out which is a sign that there is some intruder present around the locker. The sound that came from the speaker can only be stopped by cut off the power supply.

There would need to be some other arrangement to supply T1 base current, perhaps driven from the oscillation, or a separate latch also triggered from the switch, for the buzzer to continue until power was removed.

Reading between the lines of the description that Brian Drummond found, I expect that they mean that the thing will sound as long as the alarm switch is closed. The sound can only be stopped by removing power, or by resetting (opening) the alarm switch.

5
Making a binary counter for my breadboard
0
Non-inverting op amp on breadboard isn't working
5
Breadboard Resistor/Motor Not working
2
Why are my components unconnected in the middle of the breadboard?
0
Breadboard and XOR gate not working
0
Monostable and astable on breadboard
0
SN74LS26 2-input NAND gate. No output
18
Microcontroller works on breadboard, but not on PCB (which is proven to be correct)
0
Triangle wave generator won't oscillate - breadboard build