Part identification in this dimmer switch

The dimmer in question is a 3 poll LEVITION 600 watt 120VAC 60HZ dimmer. The three red boxes in the picture below are what I'm questioning. What are those three pieces (and what do they do). 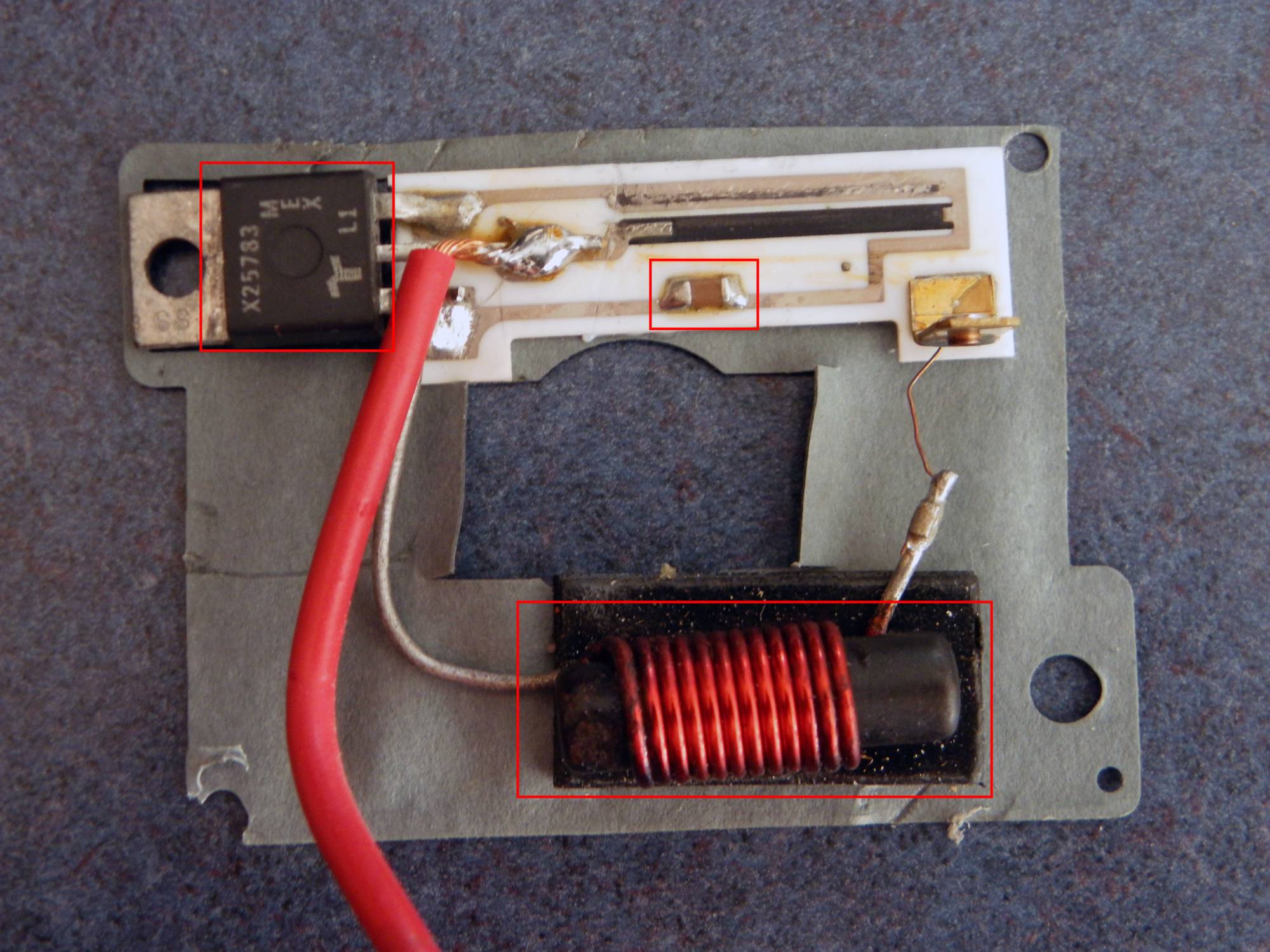 Here are some more pictures of the dimmer switch.

This is how the circuit fits in with the contacts and switch. 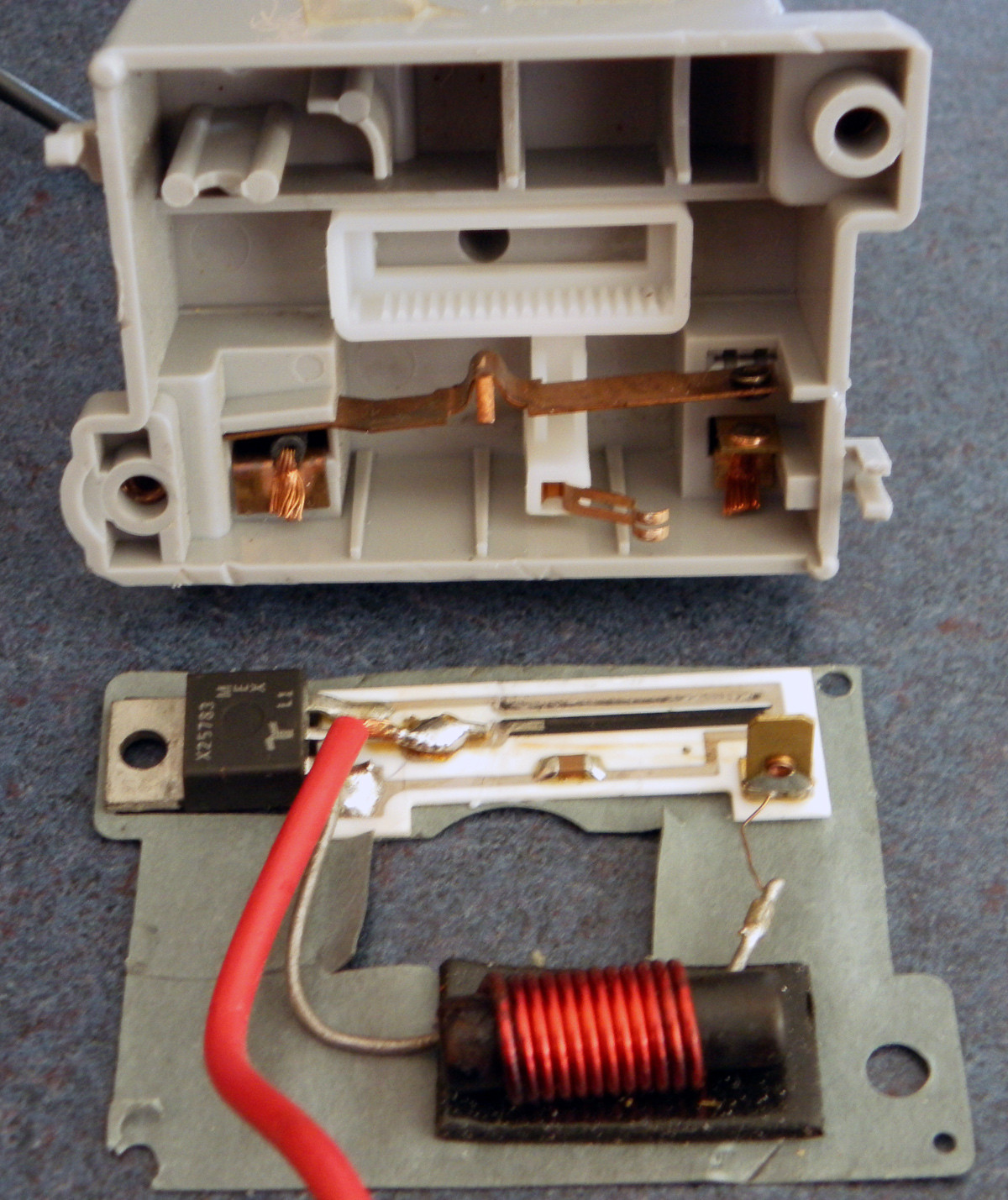 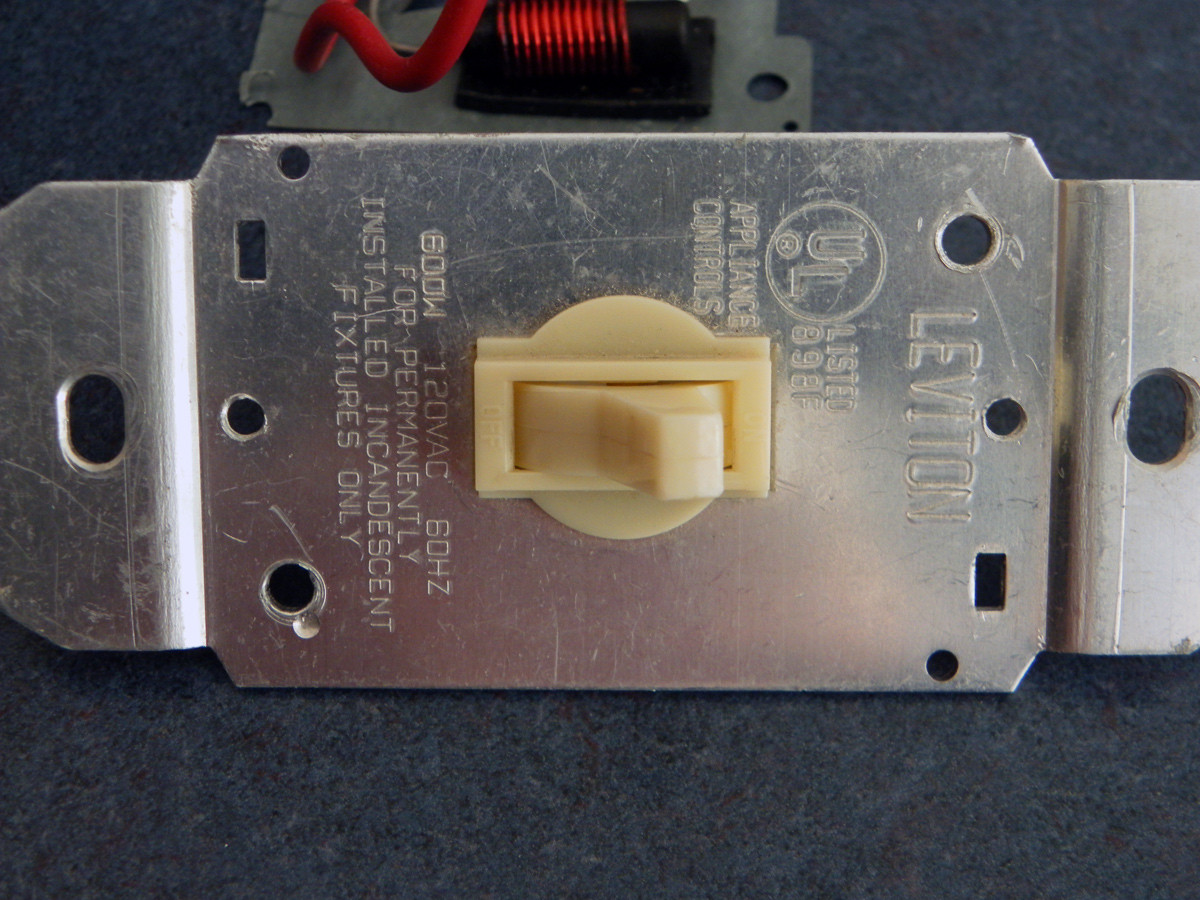 I have read What are the extra components in this dimmer for?, and it did not help me.

The three pin device is a triac. It turns on the power going out to the bulb for only a fraction of the full AC sine wave. This particular triac is discussed here.

The little flat 2 lead device is an surface mount chip capacitor. The capacitor forms the capacitor half of an RC circuit that controls the when the triac turns on during the AC wave and thus how much power gets out to the bulb. The resistor half of the RC circuit is the the black strip. A slider makes contact at different places along this strip when you move the switch paddle up and down.

The coil is an inductor. This helps to suppress the electrical noise generated by the triac switching.

Here is a circuit similar to yours with some explanation on how it works...

The black device is an internally triggered triac which contains a an ordinary triac integrated with a diac trigger device. You could replace the internally triggered triac with a triac+diac, but that device generally can only be used in applications such as lamp dimmers. The part is similar (or identical, save for markings) to this one (Q2010LT 10A 200V with house markings for Leviton, according to random and non-authoritative web sources- but certainly a very similar part).

The entire circuit consists of that device, the capacitor you circled (probably about 100nF X7R and rated for 50-100V), the EMI-reduction inductor (the copper coil on a ferrite rod you circled) in series with the load (probably about 100uH 5A) and a custom rheostat made with the white ceramic substrate and a thick film printed element (the black strip- probably a few hundred K ohms). The two sliding contacts from the toggle lever slide along the substrate shorting the resistive strip element to the parallel metal strip so the total resistance varies from the element resistance to about zero.

There is also a mechanical changeover contact that operates when the toggle is at the 'low brightness' end (both to transfer for the three-way function and to positively open up and turn the load off). At the 'high brightness' end there is a deliberate dead spot in the rheostat so the lamp turns more-or-less fully on despite mechanical tolerances- that's the metal at the left end of the element so the sliding contact touches metal to metal. The below circuit is representative, without the contact and series inductor. 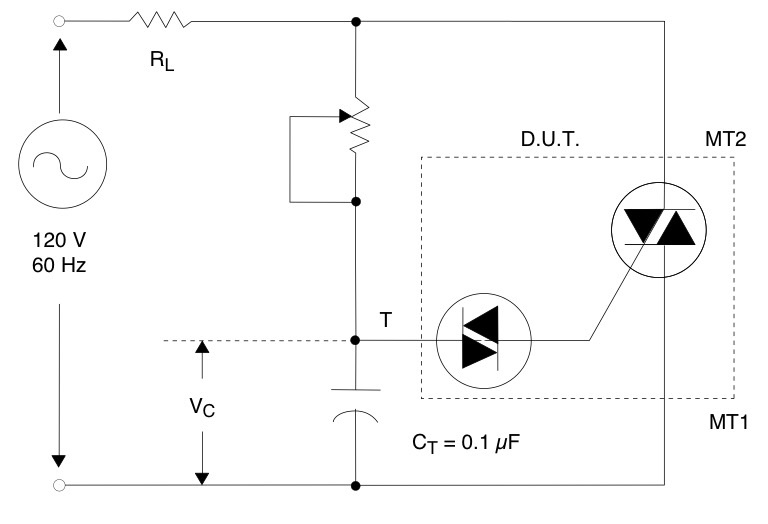 I believe the particularly thin free-air wire from the inductor to the ceramic right side acts as a load fuse, since they otherwise could have used the inductor lead directly, as was done on the other side. They chose the side away from the triac and suspended the wire in air because the wire gets hot in normal operation and the triac needs to be kept cool.

The 'fuse' is solely a safety device to keep the wiring from getting dangerously hot- it will not reliably save the triac in case of a short.

Not the answer you're looking for? Browse other questions tagged switches identification dimmer or ask your own question.

2
What are the extra components in this dimmer for?

2
What is this part: 2n2 630?
0
Touch dimmer with low voltage transformers, needs incandescent to work? Updated!
3
Three-way AC switch indicator without adding a wire
0
Reading a Light Dimmer from a Netduino
0
Wire laptop power switch to another switch
4
LED lamps keep glowing when dimmer is turned off
0
Part Identification: Electret Mic
1
Flickering 230VAC Halogen dimmer
1
How to fully shut off an LED indicator when used with a Smart Switch?
2
Detecting switch closure