Help With a Switch

I am trying to replace a broken switch that controls the rolling up and down of a window on my car. I have the control module out, it looks like this: 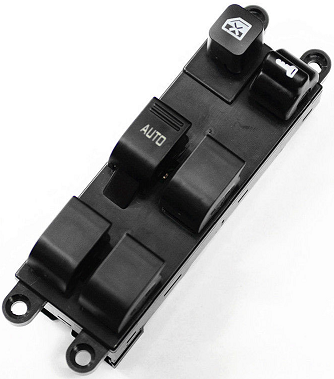 The "auto" switch connection on rolling up has been broken. I know this because it rolls down fine, and when I press the switch up and short the switch terminals, the window rolls up. 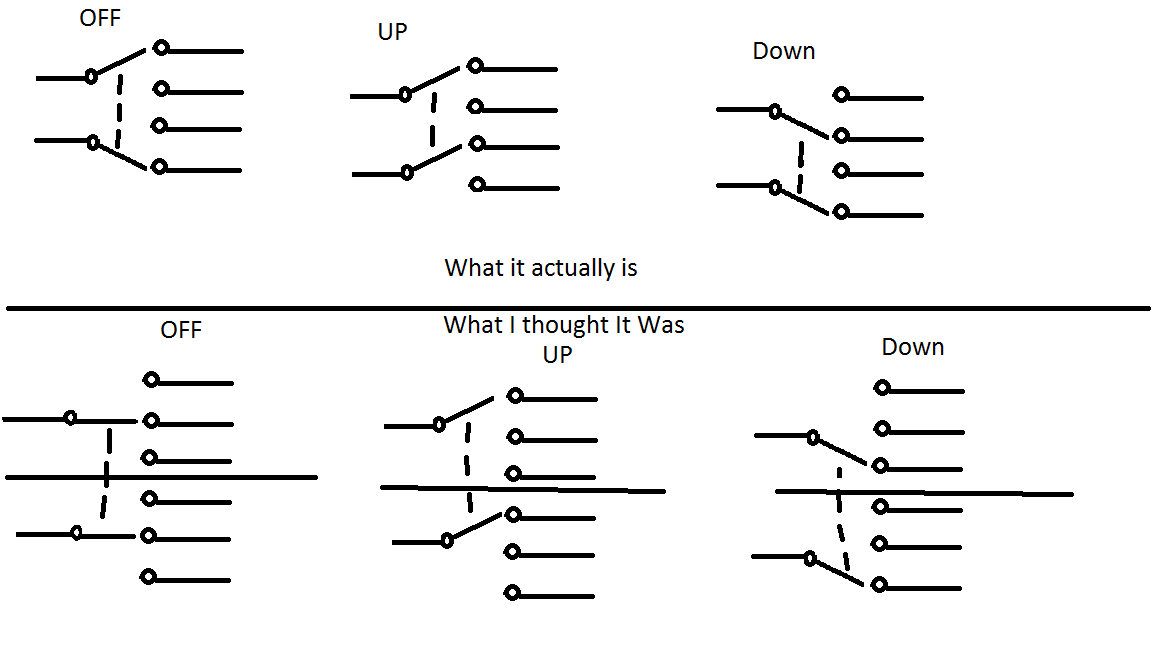 So as you can see, it acts more like two ON-ON switches than one On-OFF-ON. My question: Is there a way to manipulate the wiring on a normal switch to get this behavior while still using the one switch, or is there a switch that has this behavior that I don't know about?

I was thinking about alternate solutions. I might be able to make it work with two On-On switches, but it would be a bit confusing to work with if someone didn't know how to operate the window. Thoughts?

Thanks for any help, I really appreciate it!

This isn't a complete answer because I don't know what switches are available to you but the original is probably wired as sketched below.

Switch and motor circuit. (When will CircuitLab give us a motor symbol?)

You could use two SPDT switches to achieve the same thing.