Could conformal coating affect the properties of an inductor by adhering to its windings?

I have a simple boost regulator circuit based around the TPS61230 IC. It has a handful of SMD resistors and capacitors and one largish SMD inductor (http://www.mouser.com/ProductDetail/Bourns/SRU1028-1R0Y/?qs=%2fha2pyFaduga8qwkov01I2ofW5jqNjYb0PGY4sjOrrG99%2faGtQIpWg%3d%3d).

The circuit worked fine when I built it up, but I decided to conformal coat it to protect it before installing in the final product. Since I conformal coated it I'm not longer getting my 5 V on the output and instead when powered there's a -0.5 output voltage which then goes to zero. I can't see how the conformal coating could affect the rest of the circuit, but the inductor has openings on the top which my conformal coating spray probably got into.

The question I have is how might the spray have affected the properties of the inductor to cause this behavior? Is this the likely problem? I don't have any extra inductors so am trying to hone in on the issue before ordering more.

Picture of circuit board 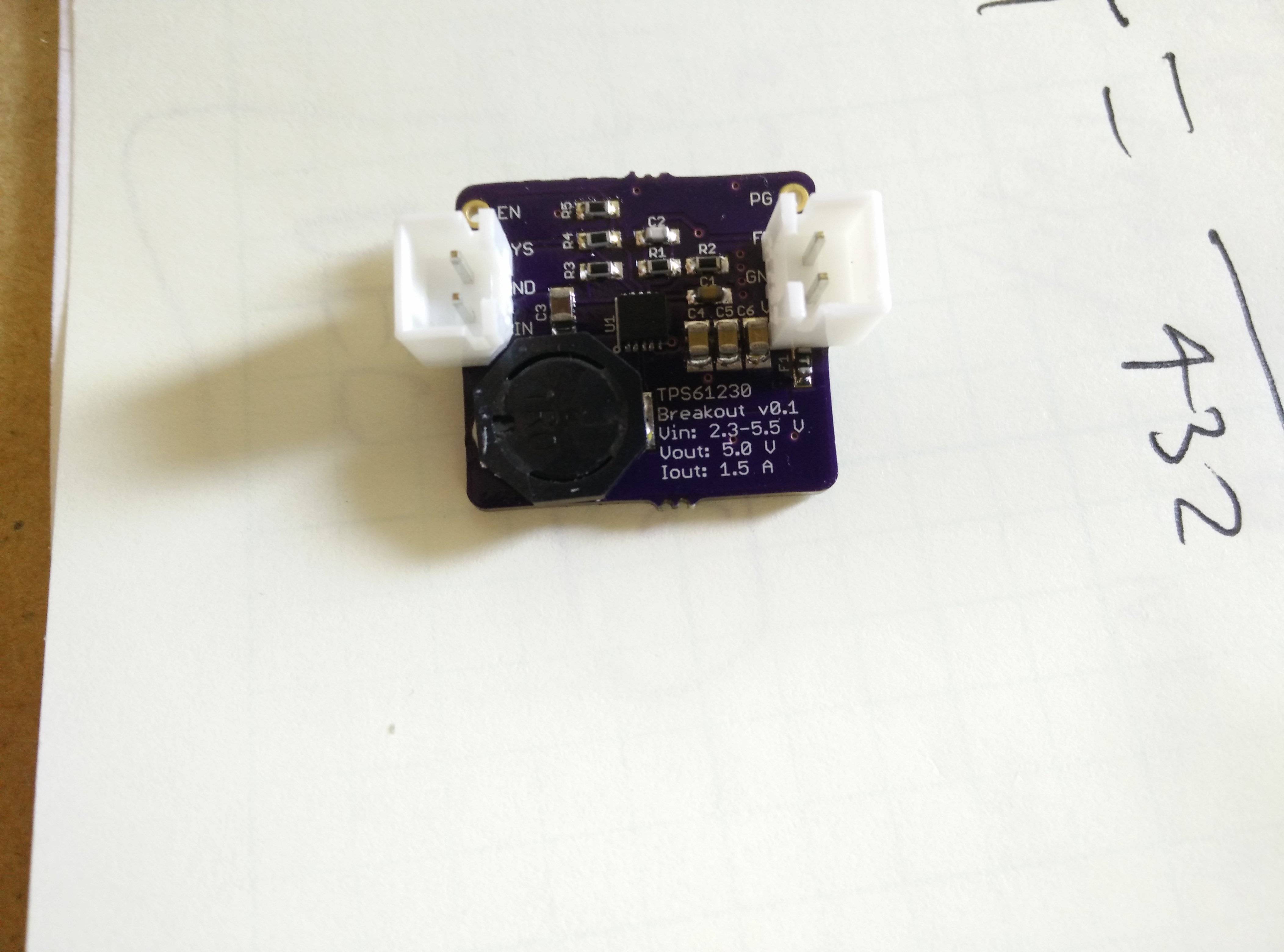 , and yes, I covered my connector pins during conformal coating.

Anything intended to be used as a conformal coating should have no effect.

If it was electrically conductive it may.
This is easily tested.

If it was bulk conductive and formed a screen but had very low DC conductivity across terminals it may manage to do something to a circuit but this is unlikely.

If it contained a solvent it may have dis-solved something.
I have seen IPA dissolve 'expensive stuff' during "cleaning".

If power was on during curing it may have been conductive and caused a problem.

Did you use heat in the process?
Was power on during the application process or during curing?
What DC resistance do you see per square cured and "wet" ?

Does it contain a conductive filler (eg Nickel or carbon)?

Not the answer you're looking for? Browse other questions tagged inductor conformal-coating or ask your own question.