How does this string of LEDs work?

I bought a cheap string of LEDs in the supermarket (the christmas decorationny type) and just out of curiosity I'm trying to figure out how it works, because I can't understand how it doesn't short itself.

It consists of a basic holder for two AA batteries with an on/off switch, and 20 tiny but bright white LEDs on two wires that lead out of the holder. The wires connect to one end of the first LED, and on the other side of the LED two wires lead to the next LED, so each LED has four "legs". The wires on the end of the very last LED simply connect to each other. 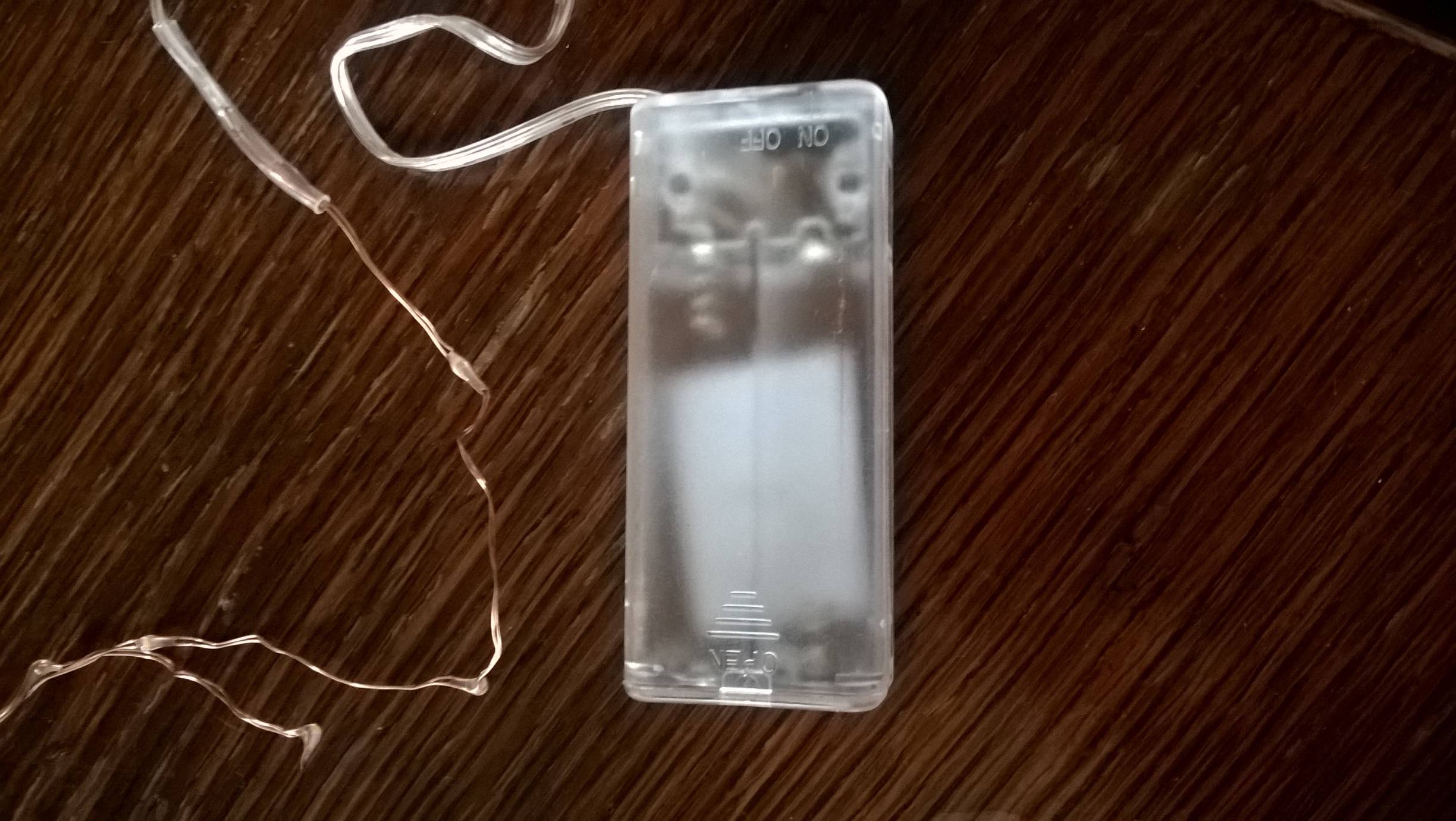 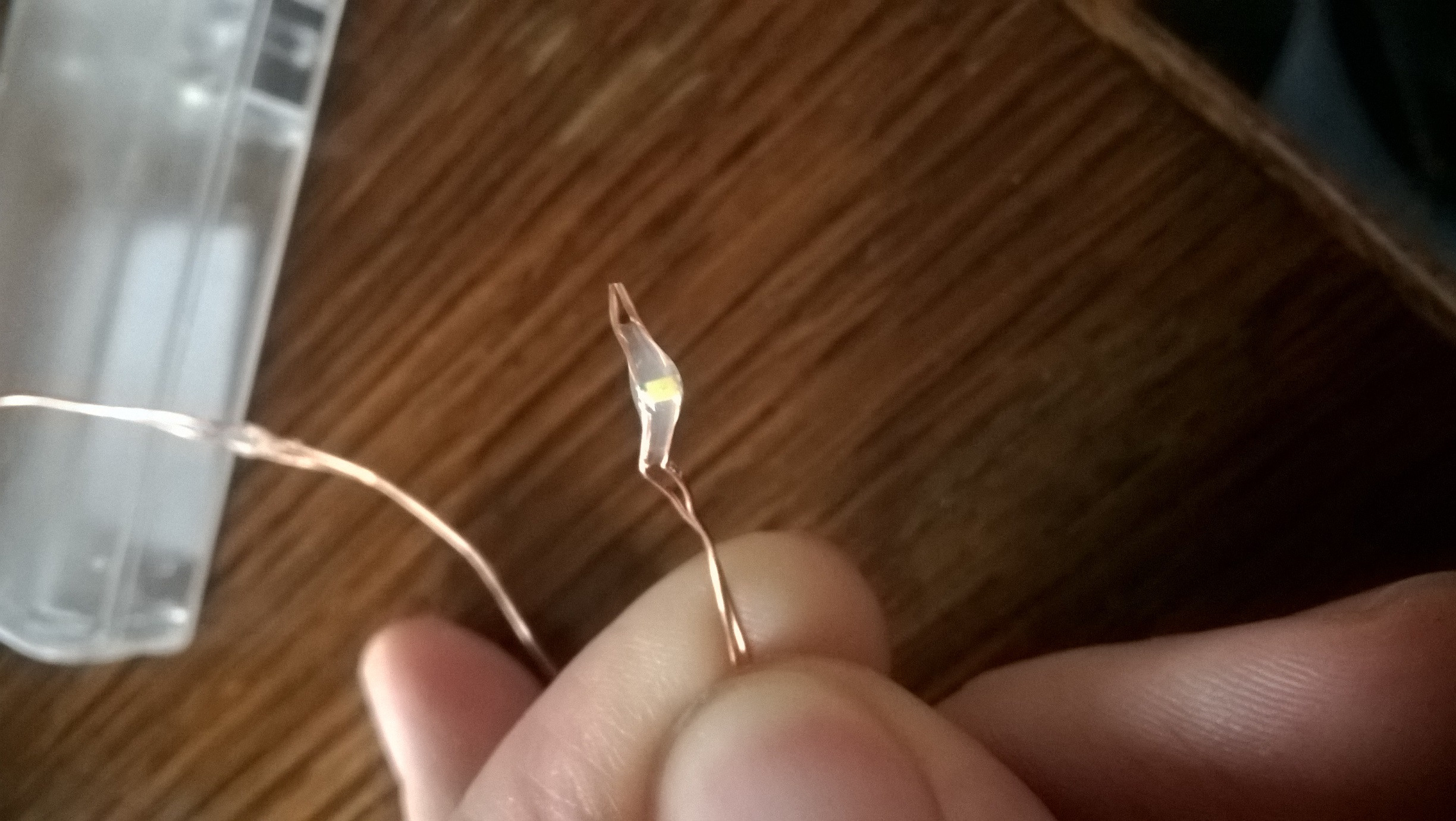 The wires themselves are not insulated, (only the LEDs are, they appear to be dipped in some kind of transparent silicone), which What's weird to me because the positive and negative wires are touching all along the length of the strip. Also, you can scrunch up the wires and touch each bit of wire to every other bit of wire, and it still works. In fact, the two wires that come out of the battery holder appear to be touching. How is it not immediately shorting out the batteries, or causing a short when you scrunch it up? 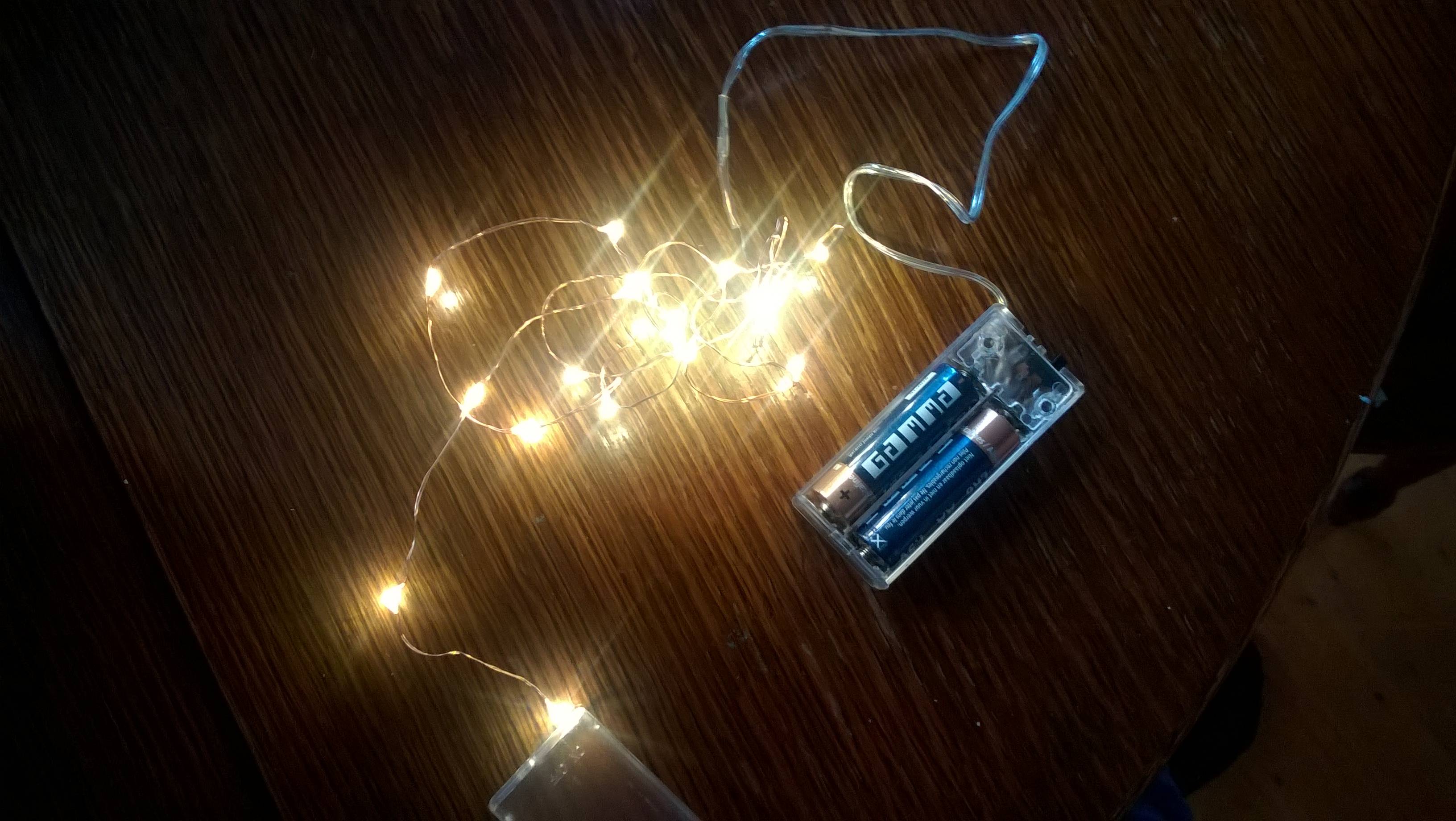 The LEDs seems to be mounted in parallel with each other. The four legs are the same two wires running across the transparent blob, which is there to give the mounting some physical strength, I believe. 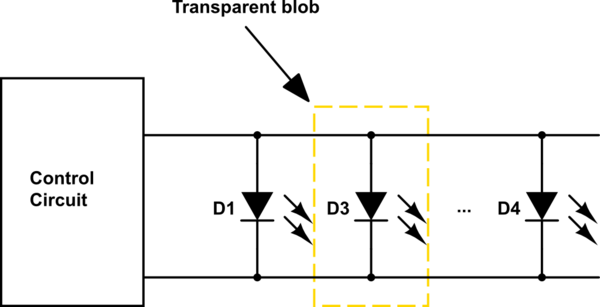 The wires have to be insulated. But the insulation must be very thin in this case. Or, maybe, it is enameled copper wire. Otherwise, as you said, the circuit would be shorted out. If you want to take the proof, try to scrape the insulation with a sharp knife or blade and test its continuity.

The wires have to be isolated to prevent a short between them. It looks like it's some kind of enamelled copper wire (also known as Magnet wire). Those are wires with a very thin layer of insulation, mostly used in transformers, inductors or electromagnets. See this Link for more information.

The copper is covered by a very thin, clear insulation. I had to repair one of these and ended up burning off the insulation to reconnect and complete the circuit.

Not the answer you're looking for? Browse other questions tagged led short-circuit or ask your own question.

8
How to find a faulty bulb in a Christmas lights string
1
How do I wire 6 LEDs to a 9-V battery?
5
How to solder Christmas lights insulated wire?
2
How does this LED string work?
10
Could 48V arc across this small gap?
0
How are all these Cree LEDs damaged?
0
How to wire LEDs and CR2032 battery to make it work
0
Stop string lights from flickering