Why the stable supply voltage present a ripple after connecting it to the testing board?

I used a power supply to supply 1.8V as the Vdd of the tested-circuit, after I connected 1.8V to the Vdd pad of the testing-board, the originally "clean" 1.8V began to have a ripple (the total current is about 70mA).

The phenomenon can be improved by adding 1uF cap between Vdd and gnd Pad,but the ripple still exsited. But why the originally clean Vdd present a ripple after connecting it to the testing-board?

By the way,the board only contain an OP amp that I want to test,and some I/O port(ex:header,SMA,switch......),and all inputs are shorted to ground.

U1 and U2 is regulator,the others is I/O ports and the op amp being tested. 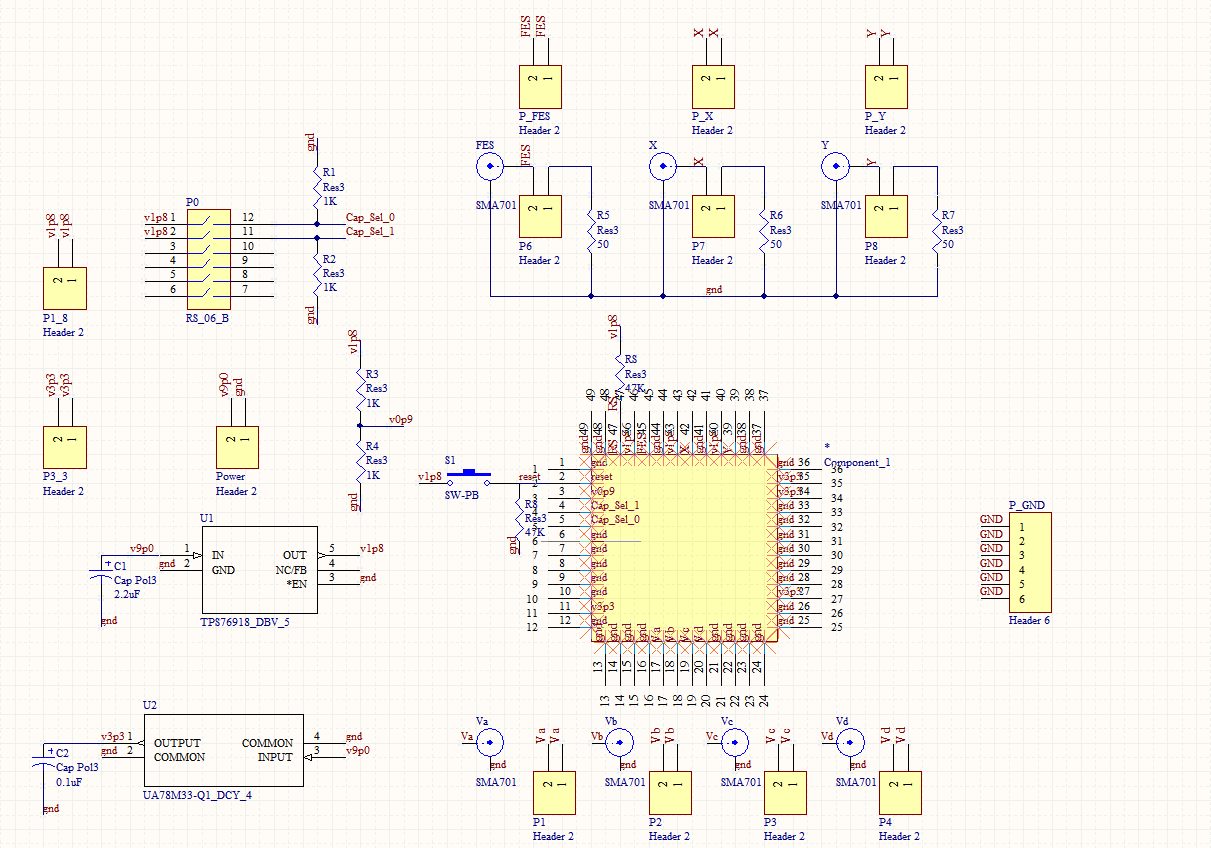 looks to me like you are missing MANY capacitors, on the output of the regulators. Use at least one 0.1uf for each IC on the board (placed as close to the IC it is intended to decouple as you can reasonably get), and bulk capacitance (a few 10uf and/or 100uf in parallel) usually at the input header for the 1.8V test voltage supply you refer to.

Capacitors smooth out voltage ripple ("shaking"), and are required for the output of most standard regulator ICs (always check the datasheets and follow the requirements) in order to help them stabilize their regulated output, otherwise the internal control circuitry can oscillate ("shake") which affects not only the output, but also the input because it becomes an unstable load.

The op-amp in question may also be oscillating if the input and output are not within spec, oscillations from the op-amp without a decoupling capacitor nearby could perhaps affect the power supply if that supply is also not stable nor filtered correctly.

It can depend from a lot of factors, to give an example, there might be something in the testing board that ruins the ground i.e. clocks, DC/DC converters etc.

How do you measure the 1.8 V?
How do you "see" that it is shaking?
How much is the "shaking" compared to the clean signal?

If you want more information, you have to provide a schematic or at least some details regarding the testing board.

Sounds like your regulator is going unstable -- depending on the pass element type and internal topology (I.E. The addition of an internal zero), you may need some minimum ESR on the output of the regulator to ensure it remains stable.

Your schematic is a bit confusing, but I believe I don't see any output filter on that regulator. There must be some amount of C on the rail.

Try a 4.7uF tantalum on the output of it, or if you have none, use a ceramic with a series resistor. This will provide some capacitance, and the tantalum capacitor should have an ESR in the target range for you, maybe .3-1 ohm or so.

Not the answer you're looking for? Browse other questions tagged power-supply integrated-circuit test testing or ask your own question.