Why does my resistor consume so much power?

I've created a low battery indicator circuit which lights an LED when the voltage drops below 3.75V. in this circuit, the 62ohm resistor is consuming about 240mW of power. why is this? is there any way to reduce it? 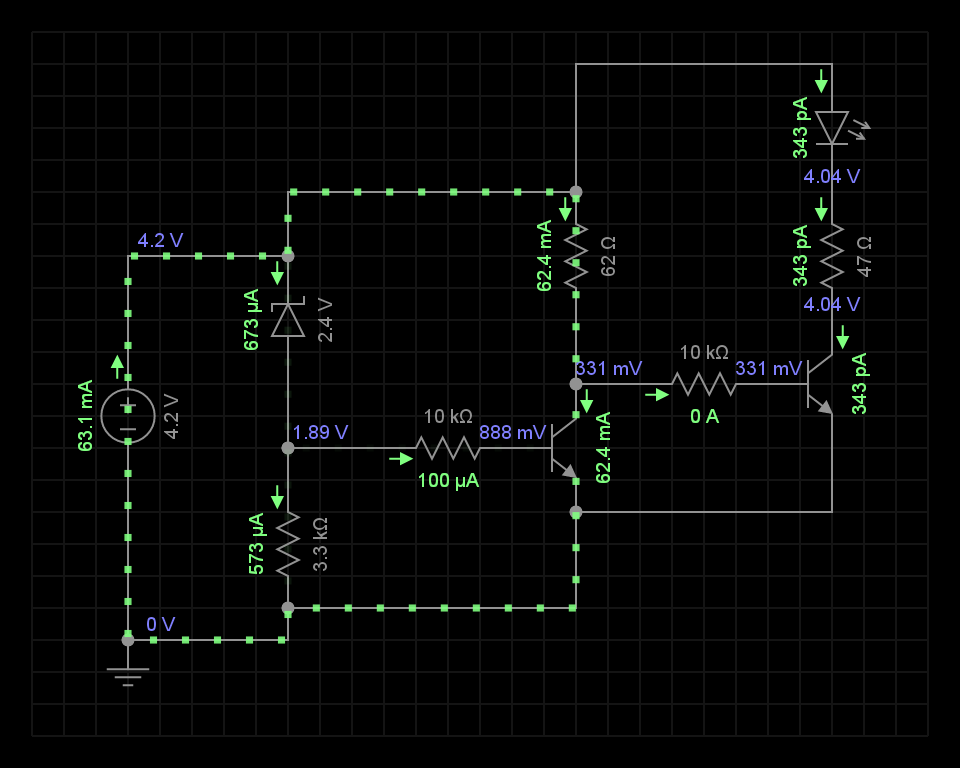 Here is the circuit when the battery voltage is below 3.75V: 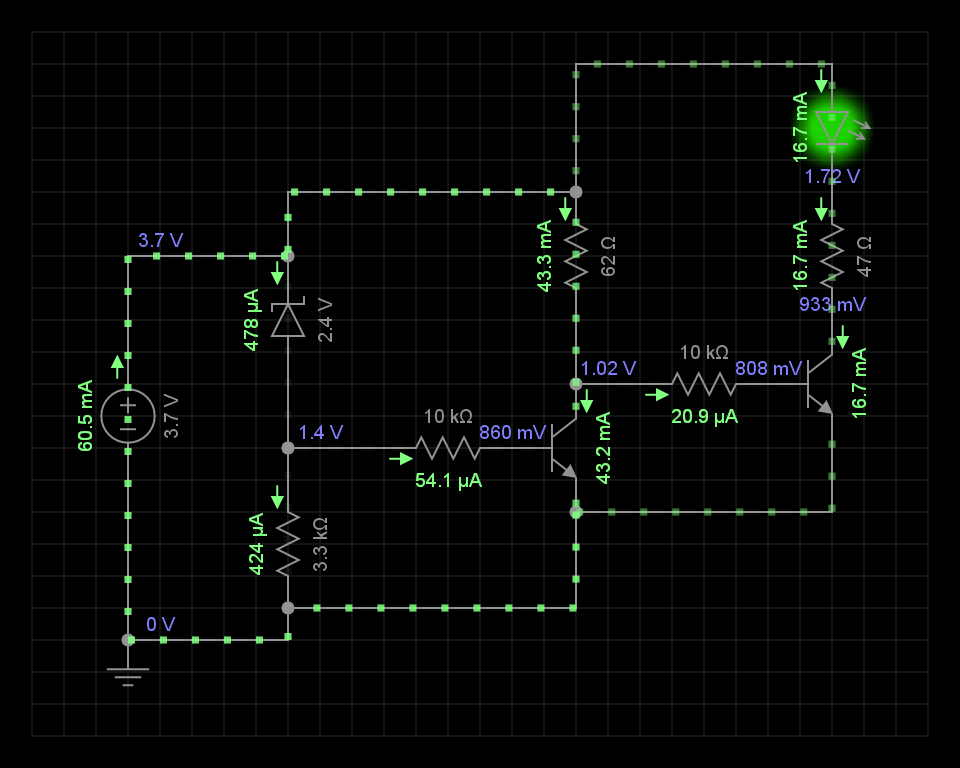 As indicated in comments I have prepared a low battery detector circuit that uses a comparator to sense the low battery state. This circuit will place less than 0.2mA of load on the battery until the battery voltage falls below about 3.75V. At that point the LED turns on and the load on the battery becomes primarily the LED current which can be adjusted by changing the value of R5.

The 10meg feedback resistor around the comparator adds hysteresis so that the detection point does not cause flickering of the LED. 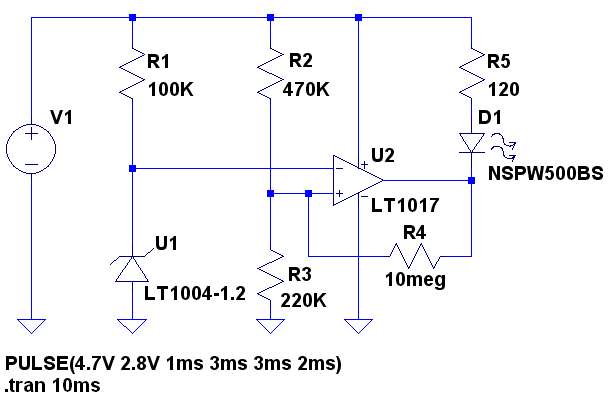 In your circuit there should be no need for there to be a resistor as small as 62 ohms as the collector load of the left most NPN. Reduce the power and current at the same time by making this resistor much larger. A starting point might be 3.3K ohms. 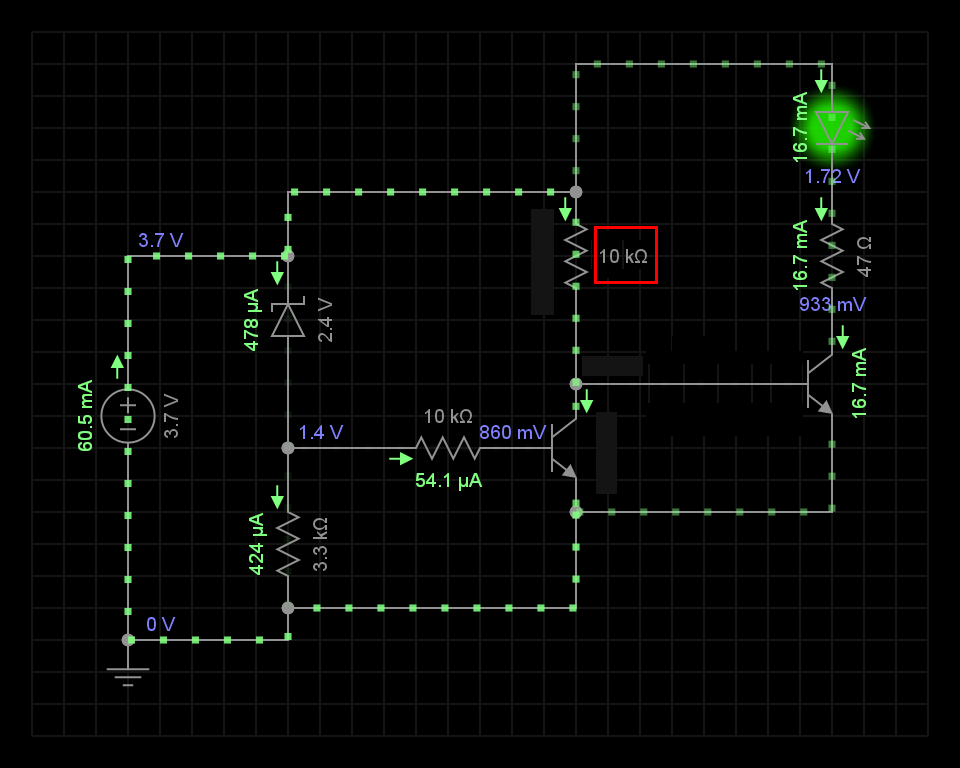 Not the answer you're looking for? Browse other questions tagged resistors power-consumption or ask your own question.

2
Battery circuit power drain
10
Why doesn't it matter if a resistor is before or behind an LED wrt voltage drop?
1
Why does a resistor not affect Charge on capacitor
1
Effects of a Resistor
3
Does resistor placement change power dissipation in simple LED circuit?
1
Does current in a circuit change when it passes through a resistor?
1
LED Lighting not working