I'm working in a project with the goal of make a portable bluetooth speakers without distortion. When I try to turn up the volume, the speakers start to make a distorsion, like when rhe radio can't get the correct frequency.p

In the project, I use a 3×2 PAM8403 amplifier in a tiny module, 1× 7805 and a 2N60B transistor (I asked in another forum for this problem, and they answered I have to use the transistor if I want to get more amperes and remove the audio distortion) and two speakers (4Ω, 5-8W). The amp is powered by 5 volts generated by the 7805 from a 9V battery.

I searched around the web by 3 months. Different answers and any of them works.

I hope some of you could help me removing the distortion definitely, I've been working on this project since the past summer. 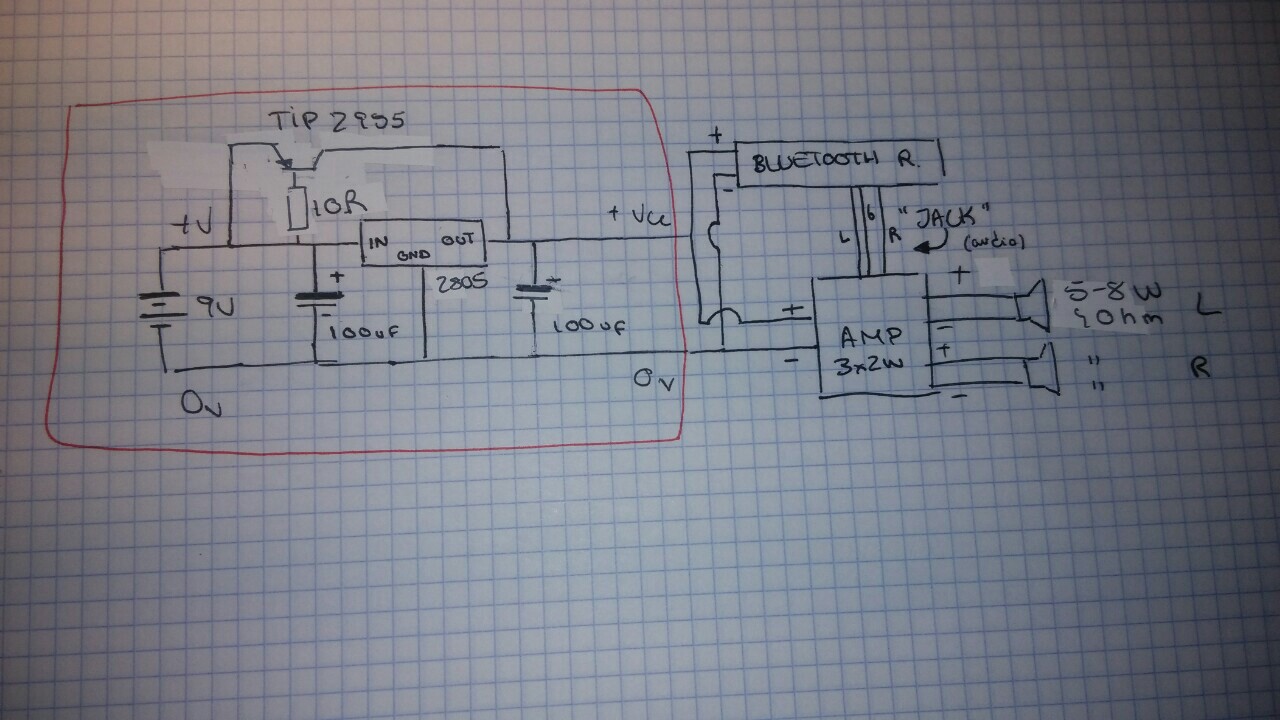 If you read the PAM8403 datasheet, it tells you on the first line of the 'Features' section that it promises terrible distortion.

It seems that it is working to specification.

If you are powering that thing from a typical 9Volt battery, then of course you are going to have distortion.

A 9Volt battery cannot supply any really large amount of current. They are typically used for loads under 100mA.

This guy ran some tests.

If you put a heavy load (more than 100mA) on a 9Volt battery, the voltage drops.
If you really load it, the voltage will drop so far that your 7805 can't regulate the voltage any more - the supply voltage to the amplifier will drop and you will get really horrible distortion.

To put out 3Watts at 5volts you are going to need 600mA of current. 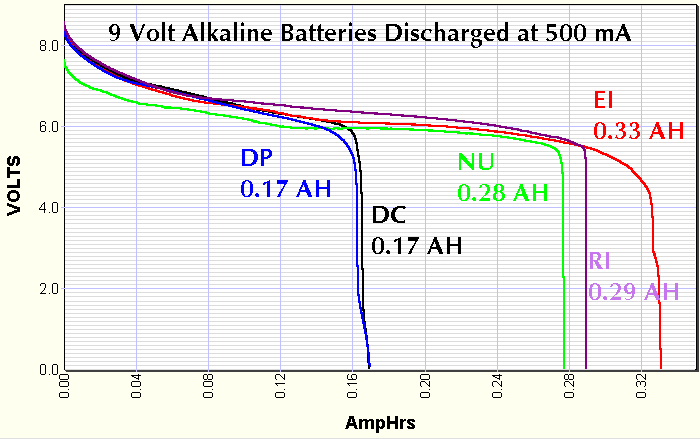 You need a different power source if you are trying to get 3Watts out of that amplifier. A 9Volt radio battery will NOT do it. You would do better to put several (4) AA batteries in series then use a low drop out linear regulator, or use several AA batteries in parallel then use a boost regulator to get 5Volts for the amplifier.

Added after comment about having tried other voltages and power sources:

Another thing you may be missing is the gain. The PAM8403 includes upto 24dB of gain. If you are using maximum gain (which you would be if there is no resistor between the bluetooth output and the amplifier input) then you will be amplifying the level by a factor of more than 10. Assuming a line level output from the bluetooth module, you will get really bad distortion playing at a normal volume. Test by putting a resistor in series with the inputs to the PAM8403.

If the problem is the gain, then you can set the gain by changing the input resistor. The total gain is 2*(142000/R) where R is the value of your series resistor.
Since you don't currently have an R at all, the amplifier is just running wild, amplifying for all it is worth - and distorting like crazy.

That isn't distortion, that is noise caused by a ground-loop. Like others mentioned, a 9V is not capable to deliver a huge amount of current. Use an USB powerbank or such to provide power. Besides 9V is a way to high to power the amp (and also I guess the BT-module), the amp accepts 6V at a maximum, better is to use 5V.

The problem of the noise is a cause of using the same power source and they share the same ground and the BT-module processor creates a differential on the ground plane (switching noise) and also it is a class-D amp that is also switching at a specific frequency. Because the millivolt audio output/input is also on the same ground, that is the noise you will notice.

There are several things you can do:

The isolated DC/DC converter is king to reduce/eliminate ground-loop noise.

Not the answer you're looking for? Browse other questions tagged amplifier audio speakers class-d or ask your own question.