What exactly goes into a transformer's VA rating? At a fundamental level it seems that there has to be a limit to what the VA rating can represent.

For example if I draw 2 Amps-RMS from the secondary of a 30VA rated transformer at 15 Vrms this makes sense as the maximum Complex Power I can draw. Still, at a power factor of 1 my maximum current in the transformer would be sqrt(2) * 2 Amps.

But what if my power factor is abysmally low (ie in a DC rectifier) due to harmonic distortion and while I still draw 2A-RMS I have brief current spikes of 15 Amps? Surely the transformer's magnetics couldn't handle these spikes as I'd expect the core would saturate.

My question is what is the practical limit for VA ratings of transformers? Would brief current spikes that reduce to only 2A-RMS in this case be fine? Obviously the secondary/primary copper losses play a part in the rating but how do the magnetics factor in?

I ask this because I am designing a simple bench power supply using a 125VA transformer with a 24Vrms secondary and am trying to figure out how much power I can draw before the current spikes into the inductor are too much for the transformer. I also don't want to have to resort to active PFC as I don't want to risk messing up any HVAC PCB design.

Surely the transformer's magnetics couldn't handle these spikes as I'd expect the core would saturate.

Core saturation has nothing to do with load VA rating. It has everything to do with the magnetization current flowing in the primary. This current is largely constant irrespective of secondary load current.

Imagine a simplified core with a single turn primary: - 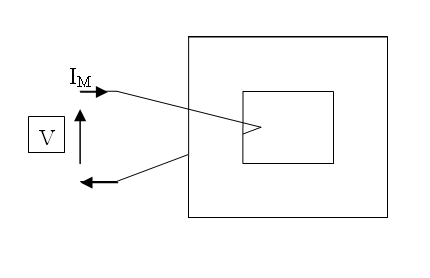 At the moment it's just a single turn inductor. With V applied, Im flows and inductance, frequency and voltage all determine how much current (Im) flows. OK so far?

Now imagine that single turn were replaced by 2 closely coupled parallel turns like this: - 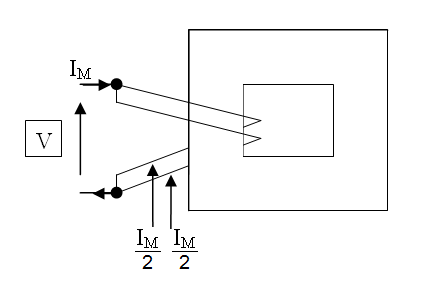 You would find that Im/2 flows in each or, in other word,s the same overall current flows. A nice side effect of this is that each individual coil must have twice the inductance of the single coil and, if you happened to make a two turn inductor this way (by wiring them in series) it would have 4x the inductance. Just think about it for a while. 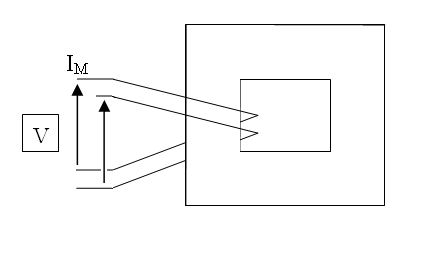 So, you drive one of those closely coupled coils and look at the voltage on the other coil. The driving voltage and the secondary voltage are in phase and of equal amplitude (1:1 turns ratio). Do you see why? If not, consider what would have happened in the 2nd scenario if (say) the voltages were out of phase - you'd get a fire and you wouldn't get the inductance rising with turns squared - you'd get zero inductance. This doesn't happen. 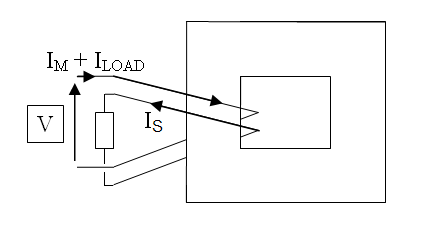 You've applied a load to that 2nd winding and because in the 3rd scenario you (hopefully) recognized that the voltages were in phase, you have to admit that the currents are COMPLETELY antiphase.

It's magnetic field strength that drives the magnetism. It's called "H" and H is measured in ampere.turns per metre. The "per metre" part is irrelevant because it's a core physical dimension and applies equally to primary and secondary.

Basically H never alters one bit due to loading effect. In fact that's not quite true; it gets lower with more load because the copper losses lower the actual terminal voltage and reduce the magnetization current a little bit.

While the accepted answer provides useful information, I'm not sure it answered the question.

The only thing that goes into a transformer's VA rating is the withstand current of the secondary windings, or equivalently, the acceptable temperature rise.

Because the secondary must carry all the current of the load, regardless of its power factor, the limiting factor in delivering power to the load is the RMS current. The transformer designer decides on an acceptable temperature rise, calculates the current that will produce that rise, multiplies it by the specified secondary voltage (which is considered fixed), and viola, finds the VA rating.

So in your case, provided the RMS of the current drawn is less than the VA rating, you'll meet the VA rating and won't be in danger of cooking the transformer due to excess secondary current (okay, that's not entirely true - I'm ignoring the fact that high frequency currents can generate more heat due to skin effect). However, your hesitation is warranted, because you must also meet all the other requirements of the transformer. Indeed, reaching saturation is a very real concern since if you do manage to saturate the core, the inductance plummets and may lead to smoke.

Some transformers have a "K-rating", which is an indication of their ability to handle non-linear loads. It's usually a better way to accommodate non-linear loads than just de-rating based on VA, but generally only applies to larger transformers. In your case, you might be forced to do the saturation calcs yourself.

Not the answer you're looking for? Browse other questions tagged power transformer power-factor-correction or ask your own question.