I am trying to control 8 servo's with an arduino uno using ROS. The diagram below shows my current configuration to power the servos. I have a buck regulator in between the 12v battery and the breadboard.

The arduino is powered thru a barrel plug which goes into a 12v regulator which connects to the 12v battery.

This does not seem to work when I have many servos. Strange things happen when I try to manipulate all 8 servos at once, a few respond but most do not. Also they all seem to get jitters and wobble while plugged in.

Why is that? Also what is the best way to power up and use many servos?
I planned on using the arduino mega 2560 to manipulate up to 30 servos. 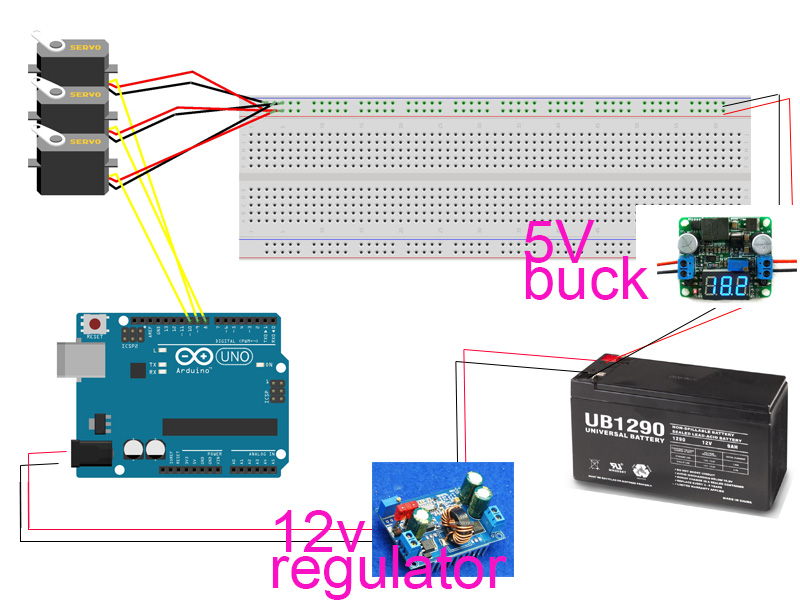 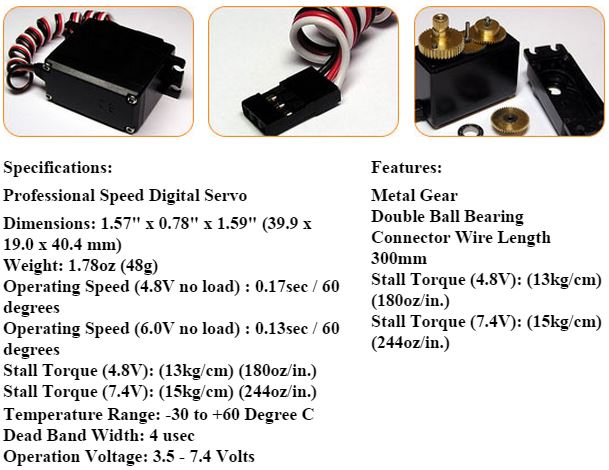 From the information we have so far it appears that your buck converter may not be able to supply enough current to run all the servos simultaneously.

Your general layout is good in that you have kept the power wiring separate from the motor wiring where the high currents could cause problems (such as burning out the PCB tracks or causing interference) if they ran back to the battery via the Arduino. The layout is poor because your are using the breadboard to carry relatively high currents. You should come up with a better way of connecting these.

The 12 V regulator between the battery and the Arduino isn't doing much. 12 V in, 12 V out. If anything I would reduce the output of this to, say, 8 V so there will be less heat dissipated in the Arduino voltage regulator.

Further updates as info comes in via chat room.

From discussion in the chat rooms it appears to be a supply current problem. The buck converter hasn't enough oomph to power more than three or four servos under load.

If it isn't current limiting causing the servos problems then it's the horrible 0V scheme you've adopted. Try connecting the arduino's supply directly to the servos power feed because, at the moment, you have a very strong possibility of 0V bounce corrupting the control lines fed to those servos. Keep all wires as short as possible.

I see you cannot use the local supply to the servo so just reconnect the 0V as I've hinted.