I have got a LED fixture with a flickering problem. As I am unable to check the output due to lack of equipment I would like to research and gather some information first. The switch used is not dimmed, it is an usual mains switch.

It blinks at around 2 Hz. LED driver is based on BP3106 chip with a similar circuit as per image (taken from datasheet): 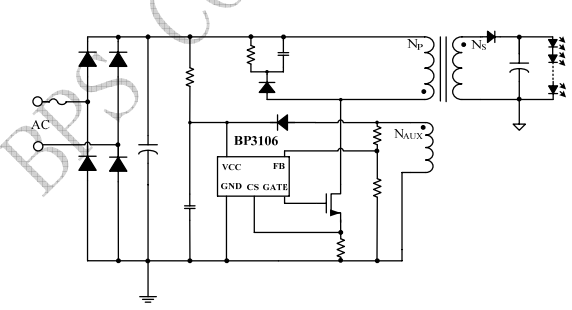 Visual inspection does not show any damage on output capacitors or any other part. I must say that this lamp worked at least 1 year before it started failing. See photo below: 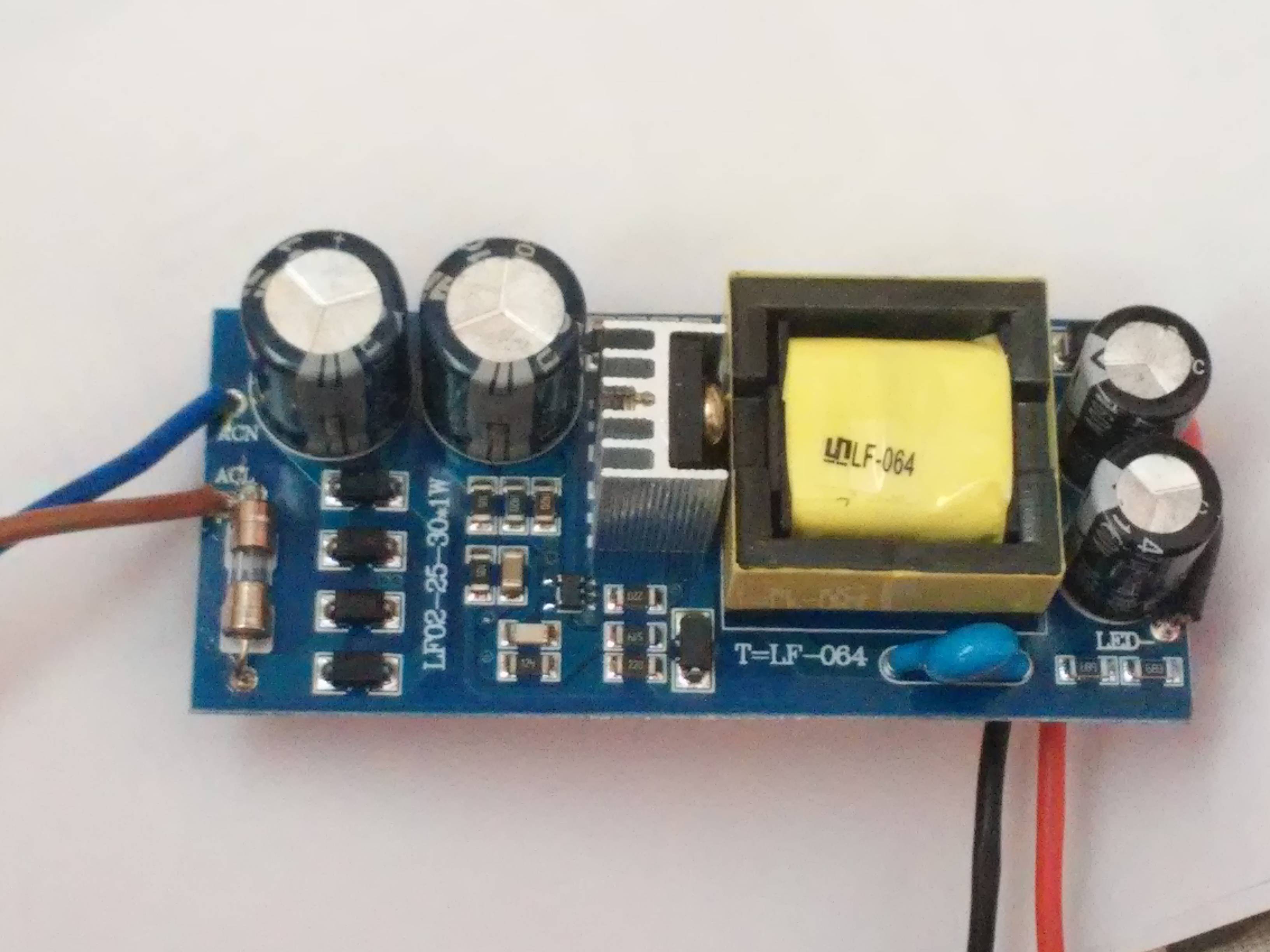 I presume it is a problem with output capacitors but due to lack of experience and equipment I cannot find anything. I could try to check at work in a week time but meanwhile may I get some enlightment regarding this? What part(s) is/are more likely to fail after a year? Bear on mind this looks like a generic LED driver (no manufacturer information attached on housing). Specs are:

According to the specs and the lamp data you provided, you may be experiencing a UV protection in your circuit. The spec say that the output voltage should lay between 75V and 100V and you wrote you are connecting 5x12V LEDs in series. Therefore, you have a total of about 60V load into the driver. Most probably the circuit starts, detects the under voltage, turns off and tries to re-start again. This may be the reason for your 2Hz flicker. Try adding more LEDs in series to reach the minimum required load voltage (75V). PS. Could you provide a link to the datasheet in English?

Not the answer you're looking for? Browse other questions tagged led led-driver blink or ask your own question.