How much power (amps) through 5.5mmx2.1mm power jack? Through a DC switch?

I am in the process of building a DSLR cooler (I use it for astrophotography) using a couple of TEC1-12703s (12V 3.3A) or TEC1-12704s (12V 4A). The ultimate idea is to run the TEC's at a higher power when initially cooling to the target temperature, then throttle them back to maintain the temperature as best as possible.

A couple of the PWM outputs on the Arduino will be used to switch IRBL8748PbF N-channel MOSFETs to deliver power to the TECs. The TEC power will be LC filtered, and a schottky diode will be used on each filter to make sure I don't fry the FETs (not sure if that would really be a problem, but I threw them in just to make sure I don't have weird voltage spikes at the FET drains). Ultimately the fan speed would also be controlled with PWM outputs the same way as the TECs are, with a MOSFET, however to start they will just be connected to the main 12V source and run at full power. 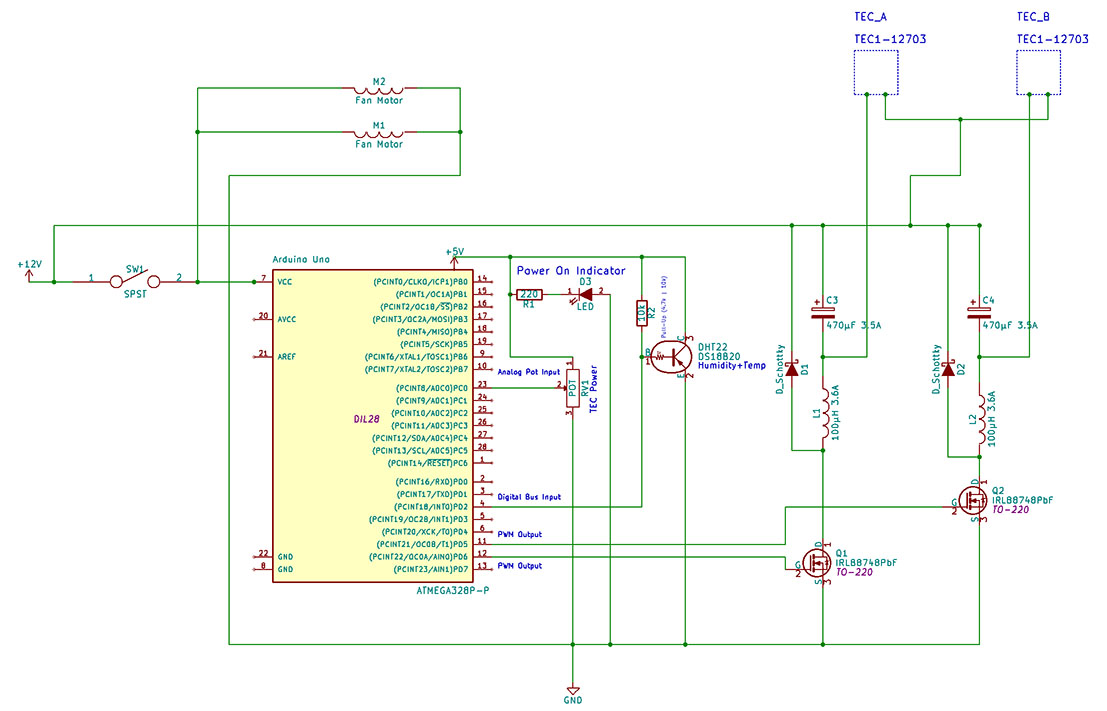 If finding a switch that could handle that kind of power is unlikely, might it be possible to power the TECs directly off the power from the jack, and put the switch after that power line? Since the TECs won't actually power up until the MOSFETs are switched on, they should remain off until the power switch is flipped. At that point, only a few hundred mA would be pulled through the switch. Which would leave only the power jack in question.

It is very unlikely that whatever DC "wall wart" jack you have can handle the current required by the coolers. The 200 mA or so for everything else should be fine. However, switches to handle 8 A are readily available.

You could directly connect the coolers to the battery because in theory the coolers shouldn't come on until controlled to do so. A solidly off MOSFET should have little enough leakage to not matter. I'd feel better with a master shutoff switch though.

Either way, you should put pulldown resistors on the FET gates. You want to make sure the FETs are off when the processor outputs are high impedance. 10 kΩ to 100 kΩ is good enough and won't get in the way of the processor driving the FET gates. The pulldowns only need to be low enough to overcome leakage and provide some impedance against external noise pickup.

Standard DC Barrel Connectors (Coaxial Power Connectors, IEC 60130-10 and similar) will not do 8 amps. There are high power/current versions, but they are not standard.

Most common power switches can do 10 Amps easy, especially at 12V. Nothing special about them, you can even find them in Retail Auto part shops for a few bucks. 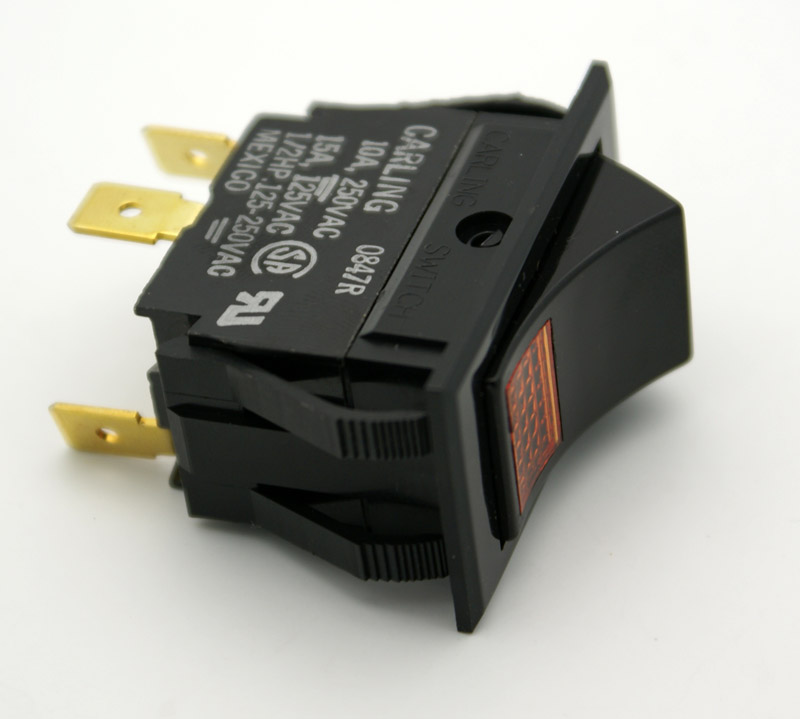 Not the answer you're looking for? Browse other questions tagged power switches high-current or ask your own question.

10
Protecting Microcontroller Input Pins from Soft Power Switch
6
Parallel MOSFETs and Gate Drive Capability
1
Connecting a switch to a jack
2
Power losses of a switch
0
Switch power ratings to control multiple RGB diodes
0
How to read /debounce an illuminated switch using only two wires?
0
how to switch off multiple power source (+5/+12/3.3) in the same pcb
2
How to switch a 700A 200V pulse for a coilgun?