What am I doing wrong here? LED and Multimeter [Noob]

As a disclaimer, I am new to this and this is my first multimeter but I have tried researching this problem before asking here, I seem to be doing what the other people do in videos but getting no results.

I bought some LEDs and a resistor kit along with an arduino Uno R3. Just to show that the components were working I connected them to the arduino and ran the blink demo.

To get started with my multimeter i decided to measure resistance of my resistors and all was good. I tried a 10ohm and 220ohm resistor and got the desired results.

Then I wanted to try the continuity setting. Hooked up the multimeter to just some wire and it beeped as expected. Then I connected across the resistor but got no beep. I was a bit confused as I thought it would work. Is that possible to do? My thoughts were it as a quick way of checking if resistors were still working as opposed to checking for infinite resistance. I put a pin in this one because i wasn't sure but couldnt find an answer to this.

I consulted the manual and it said the following about continuity and diode check [next]: 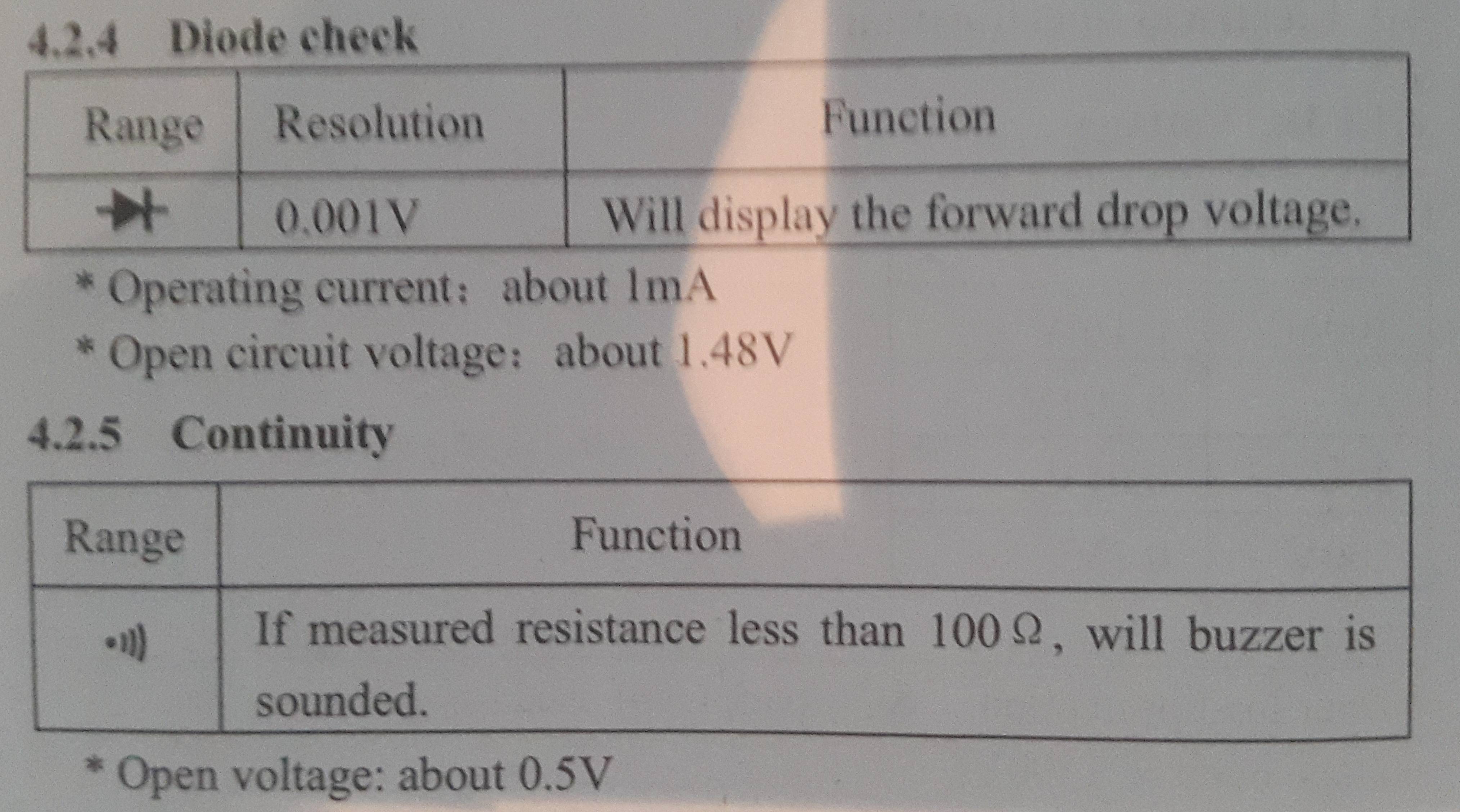 Ah ha! surely this is the cause of no beep seeing as a was using a 220ohm resistor. I replaced it with a 10ohm resistor but still no beep. Im confused again, sigh.

What is meant by?

After this I tried to use the diode check and calculate the forward voltage drop. Using the LED that I knew was working at the time i connected it as followed with COM on the cathode and + on the annode: 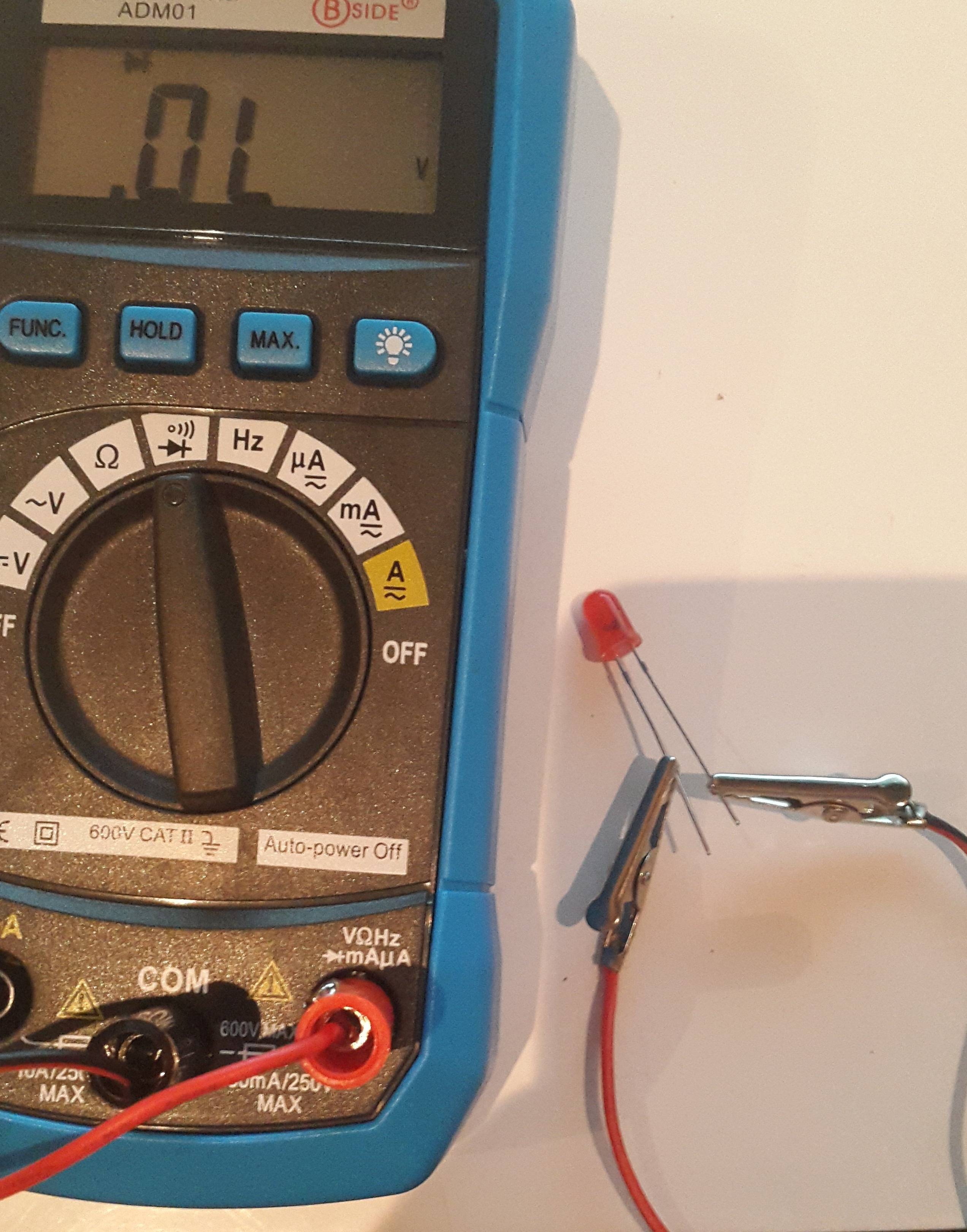 Now I was confused again because on most videos their LED would light up even if not so brightly. Mine doesn't. Also, the display sits on .0L with no change. I tried switching to continuity and there was no beep (although I don't think it should work in regular use?)

What the manual says about diode check is posted above. is the multimeter not providing enough to overcome the forward drop and thus not able to measure anything? or am I doing this completely wrong?

Serious apologies for the long post but I haven't gotten much progress on my own.

This is the voltage across the leads when in that mode. Since the open voltage in diode check mode is only 1.48V, it is unlikely that a LED with a forward voltage much higher than that (usually at least 2.2V) will test properly.

With two readings not as expected, I'd guess that you've got a bad meter. This does happen, especially with cheap ones. They don't call it "caveat emptor" for nothing.

1
Why does my current in parallel circuit not add up when I check using a multimeter?
2
Continuity test on resistor
1
Can a DMM continuity probe fry an IC?
1
Reading values on continuity test but there is no beep
0
Resistance reading on digital multimeter
2
When checking for continuity between two points on a PCB, how do I know it's not going through an inductor?
0
Schottky diode / Rectifier Diode difference and how to test them?