Op-amp and ideal diode problem: determine Vout as a function of Vin

I'm confused what happens when the diode is off. Can someone explain? here's the circuit: 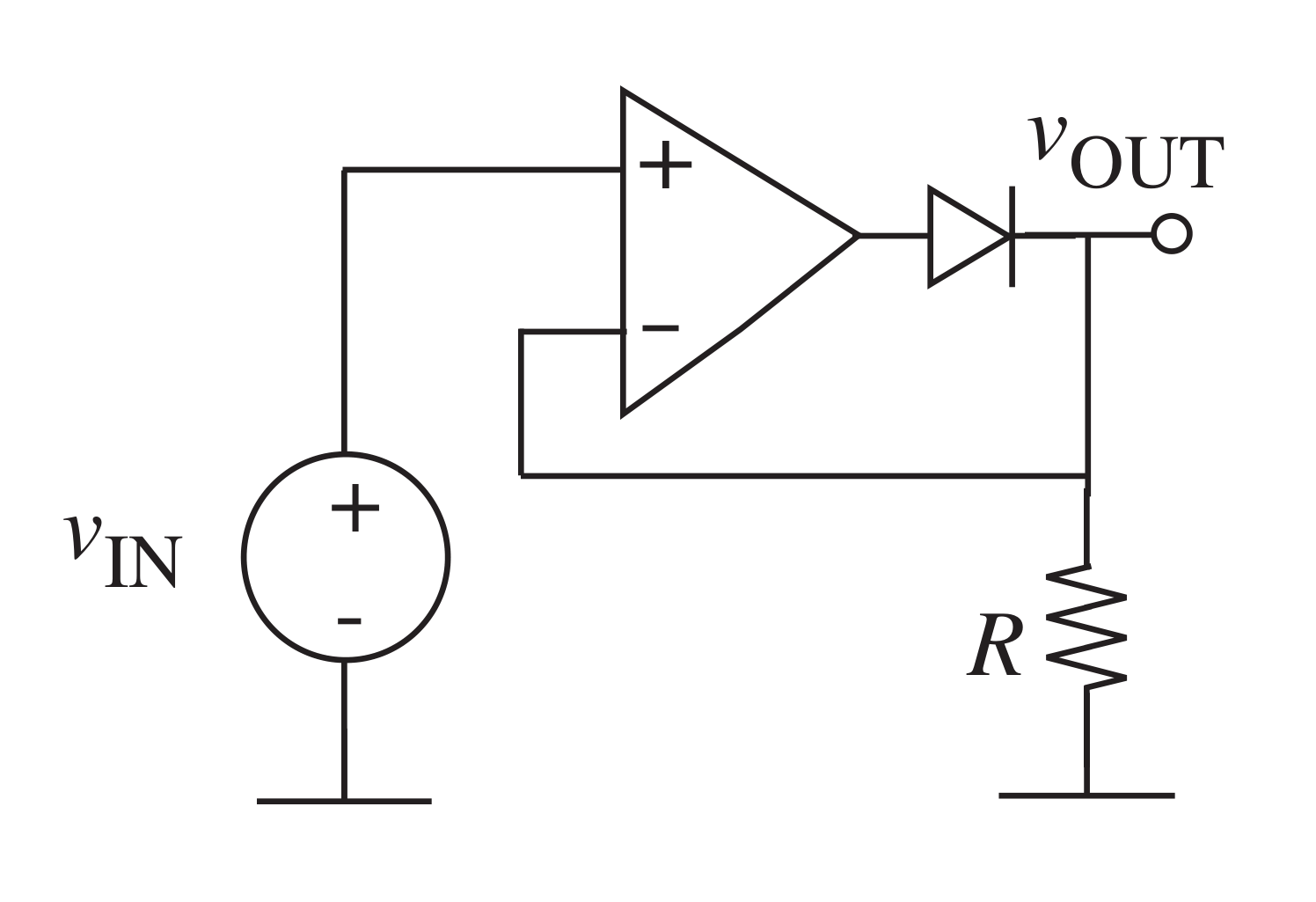 When you have a problem analyzing a circuit like this in a particular state, start by noting the voltages and currents you do know on the schematic, then see if you can figure out what others are from that. As you figure out more, it should be possible to figure out even more. Eventually you figure out the whole circuit.

In reality, an op-amp cannot supply voltages beyond its (unseen here) supply rails, and the diode would sensibly be rated to break down at a higher voltage, so the op-amp output sits near the negative rail ('saturated') and the diode is reverse biased (aka 'off') with only a bit of leakage current (some nA typically) flowing.

The ugly reality- op-amps can have poor (and poorly characterized) behavior when you allow them to saturate- very long recovery times to balance again (due in part to the internal compensation circuitry IIRC). Also, this circuit allows the differential input voltage of the op-amp to be large for large negative inputs (that will result in conduction between the inputs in many modern bipolar op-amps so it won't work well as a rectifier if the input gets below about -600mV). It also requires a negative supply on the op-amp- it's a pretty horrible circuit in a plethora of different ways.

Not the answer you're looking for? Browse other questions tagged operational-amplifier diodes or ask your own question.

12
Reading a Rectifier Diode
0
Bridge rectifier made of ideal diodes
3
Integrator with diode
0
Zener diode characteristic graph
1
Equivalent ideal diode circuit analysis
0
When doing calculations regarding diodes (in half wave rectifiers), is the peak value of the sinusoidal source used, or is the rms value used?
0
Building an AND gate using switch-diode pairs and two power supplies
6
Simulating Chua's circuit in LTspice with a saturating transformer-based nonlinear resistor