I plan on permanently connecting a 12v lead acid battery to my home made wind turbine (dc). I already have a dc-dc buck/boost converter so I wonder if i can use that to charge the battery. Unfortunately the converter has no cc, constant curret function, only cv, constant voltage.

Will setting the output voltage of the converter to 13.5v be enough to charge the battery?

I know that the voltage difference between the "charger" and the battery can make the battery draw a lot of amps, Will that be a problem, (since i cannot limit the curret) even though my generator only supplies 0.1 amps at best?

Lastly, will I even be able to charge a battery of this size using my tiny generator?

By now you've probably noticed i'm no expert so please be gentle with me and keep it simple. Thanks!

From everything I've seen so far with lead-acid batteries, a CV charger may not be ideal, but as long as you aren't hydrolyzing the acid (apparently at 14.4V), it'll charge itself over time. You'll likely hit the current limit on the turbine initially before current tapers off, so I guess you do sort of have a constant current source initially. The only problem is that you mention the generator provides ~100mA, which is small for a lead-acid battery... If your discharge rate is lower, I suppose it would charge. Keep in mind that certain batteries (ex. deep cycle) are better suited to this type of application.

Hopefully this helps, but feel free to request clarification if I missed something.

A century of experience has shown lead-acid batteries last the longest when they get a 3-stage charge cycle. And for very slow charging like this, there's a specific float voltage you want to hit.

I don't know if you want to do buck and boost at once, but that is less efficient than only boosting or only bucking. One windmill killer is the painful voltage drop over long wire runs, I have seen woefully mis-specced projects where 93% of the energy is wasted heating wire. Doubling voltage cuts losses by 75%, so I would recommend the highest voltage safety and practicality allows, maybe a boost at the windmill head and a buck at the charge controller.

Several charging methods and schemes are proposed. In classic DC charging method battery is typically charged by current, rated at 10% of its capacity. For example, for 55Ah battery you would want 5.5A current.

There are two distinct modes of operation:

Main thing to remember. NEVER DISCHARGE IT BELOW 10.8V. Personally i recommend even not to discharge below 11.2V. 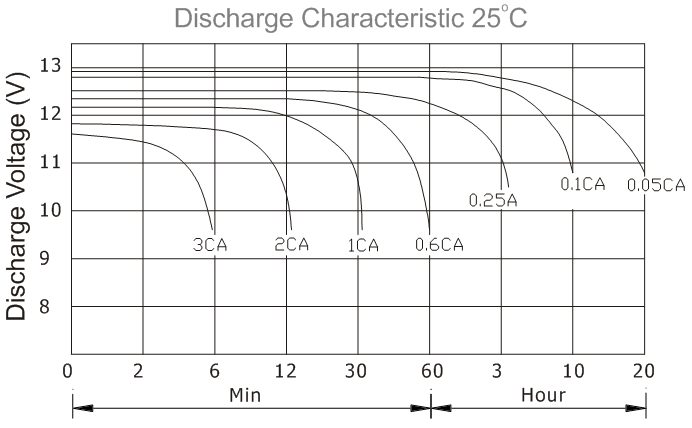 As for your conversion task.. For such low current you mentioned - 100ma - most that you may do - is to make current step-up device. leadAcid battery typically "hates" low currents, and "loves" pulsed charging methods - they are capable to taking insane currents shortly, without boiling.

You could give a try to the following current step-up scheme:

Idea is simple: You first charge some small capacitor with your turbine - a current source, to 40-100V (because of current from turbine has nowhere else to go). At some threshold voltage (which you set up by zener) tyristor opens and instantly discharges all accumulated charge in your battery, creating pulse of greater current flow. So use thicker wires from capacitor to your battery.

That could work, but you'd have to tweak nominals according to your generator setup and battery capacity. If that wont work - i think no other method would charge it.

PS. I forget to add inductor, where 50V is written, or you may use any of your wires from capacitor to battery, winding them on coils. When capacitor flash-discharges to battery, inductor would smooth the current and store some energy inside magnetic flux, thus provide some extra energy storage and increasing charge rate: 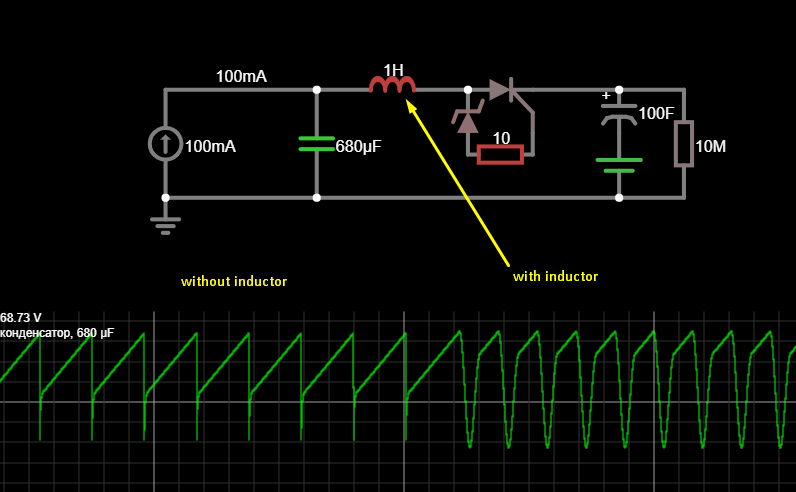 Dont forget to tune them to frequency, resonant with discharge rate to get most conversion efficiency.

More to read on wiki: LC_circuit

I have done what you plan to do, but with "reasonably sized" solar panels. The short answer is "1: No, your system is too weak" and "2: You need to reach 13.8V" and "3: you will "undercharge" your battery, it will deteriorate reaching lower and lower peak voltage over just one season."

My experimental setup is a "1.2W, a "5W" and a "10W" solar panel charging a 10Ah gel battery. The battery is for a field instrument, and the solar panels give enough power to drive the instrument, thus prolonging field time. But this 10Ah gel battery draws 0.3A from the original charger even when fully charged, at 13.8V! Two field instruments have been charged like this (1.2W, 5W) during the summer, and the voltage (only reaching 12.5V for 1.2W and 13.2V for 5W panel) slowly drops due to battery deterioration. Voltage goes indeed up and down due to weather and sunny days, but still, slowly downwards. These panels give 18V unloaded.
In order to properly charge a battery with such a weak source you (and I) need a "energy harvesting device", i.e. my idea is: boost to 25V, then a BIG capacitor with a "schmitt trigger" (collect charge in capacitor to 25V, discharge down to 15V, repeat), and then a buck converter from 25V-15V down to 13.8V. This will give a pulsing charge current strong enough (say 0.5A). (I HAVE SEARCHED THE NET, this harvesting design is available but only for 1.8V-3V systems.) In order to save the battery more you should maybe get an ambient temperature compensating regulator that also lets the voltage drop a bit before recharging, but that is just my opinion. I bought boost/buck converters on ebay from china, and also a couple of solar charge regulators. One of them tried to "equalize" my little gel battery at 15V! Also for best efficiency, your windmill needs a Pulse Width Modulated (PWM) load regulating device that by itselfs figures out optimum load so that your windmill doesn't freewheel ("underload" in strong wind) nor stop ("overload" in weak wind). I have seen a a student's thesis on this, they used an Arduino for it.

Not the answer you're looking for? Browse other questions tagged battery-charging dc-dc-converter generator constant-current lead-acid or ask your own question.