What are the specifications of this type of LED strip?

I have found these strips. They have no part numbers on them, but the metal on the anode is marked with a black + on the top side centered next to the strip (not visible in the pictures). 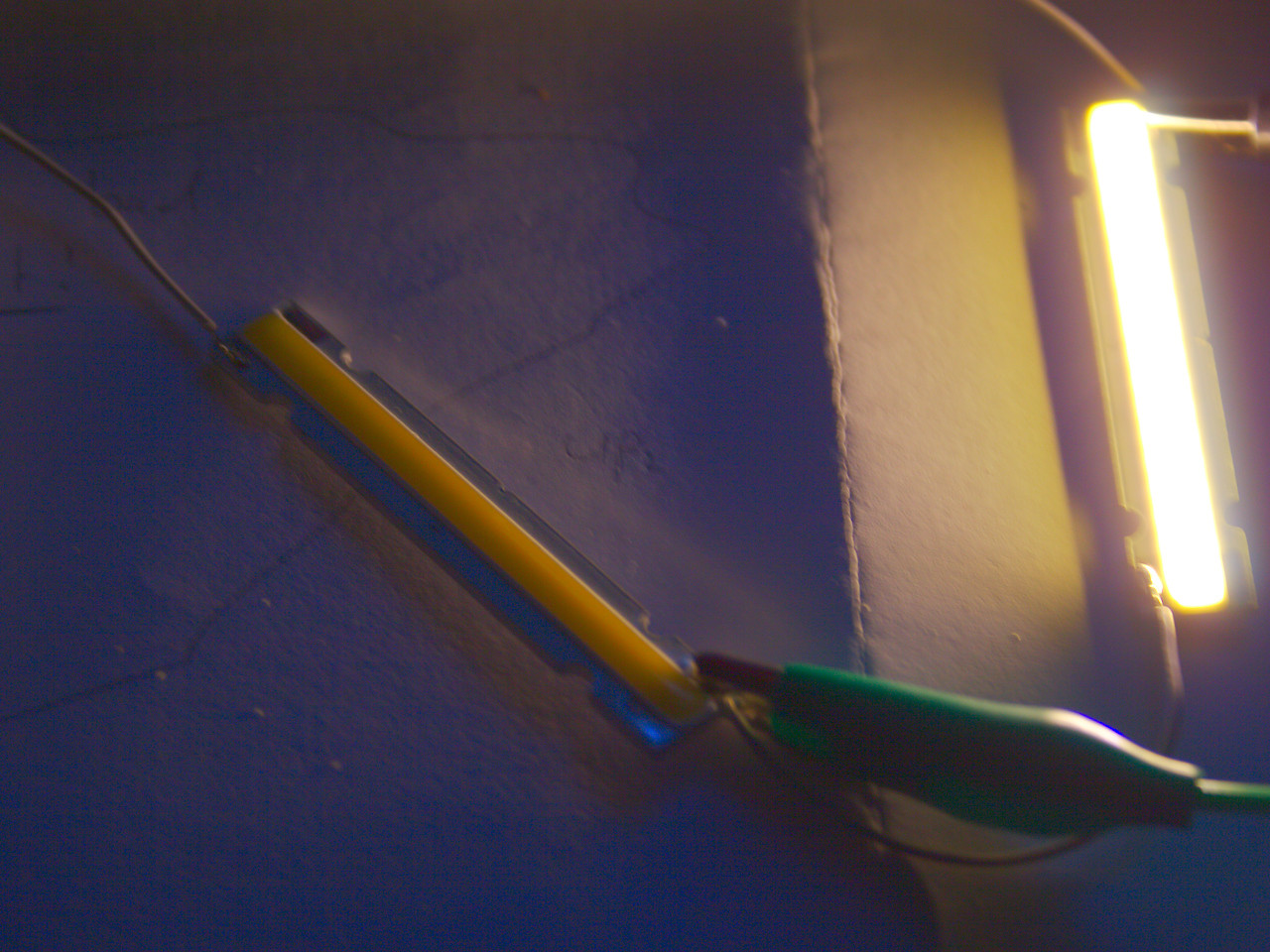 This is how the strips look. 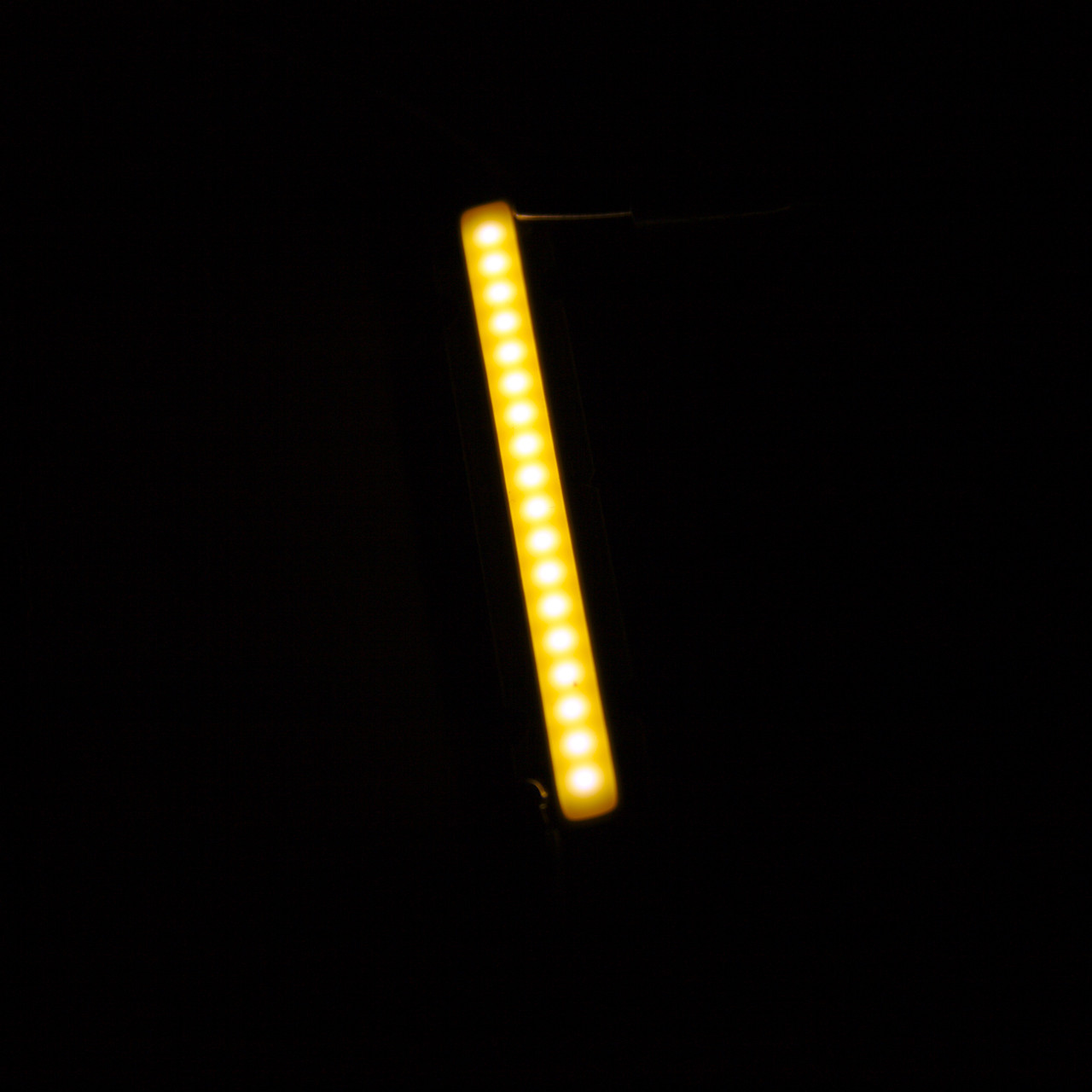 And in this picture you can find that each strip has 18 LEDs. To give an estimate of the brightness, that picture was taken with ISO 100, a Canon EOS 400D, the kit lens, aperture of 5.6 and an exposure time of 1/4000s.

I made a few tests with those LEDs to get a first good guess at their specifications. First, I started to figure out the voltage range at which the strip starts to light. To do this, I limited the current of my lab supply to 20 mA and gradually increased voltage until an effect was visible.

At 7V, the strip starts to light visibly, but not very bright. At 8V, it already draws the full 20 mA current my lab supply allows it to and is already considerably bright, already enough to make my eyes hurt slightly in a medium-lit interior room.

Looking at the voltage of white LEDs, I guessed that each LED might have about 3V of operating voltage. Judging from the above figures, I assume that the LEDs are arranged in a 3×6 pattern, that is, six sub-strips with three LEDs in series each.

To confirm that theory, I allowed the lab supply to supply up to 120 mA current to a strip and went up to 9V. A single (cold) strip draws 90 mA of current at that point. Letting the strip run for several minutes lets the draw increase up to 115 mA, presumably this would increase further if I gave it more time.

Hopefully, this information is helpful to answer the following questions about this part:

If more data is needed, let me know.

These are COB led modules. As described by Digikey:

LEDs compete with traditional lighting sources in a number of ways, including greater energy efficiency, longer lifetime, and smaller size. However, the one drawback that has vexed many lighting designers is cost, which is a key reason why LED manufacturers continue to innovate to improve economies of scale. One of the newest packaging solutions designed to help lower costs is chip-on-board (COB) light source modules, in which the LED chips are in the form of a semiconductor chip that is neither encased nor connected but directly mounted onto a PCB or, more generally, a substrate. This packaging style also provides several related benefits, such as greater design flexibility, better light distribution, and simpler manufacturing processes.

There is no set standard voltage, current, or form factor. It depends on the chips used and how they are wired internally. Based on what you found, these seem to be 1 Watt modules. I wouldn't push them past 9~10 Volts unless you want to sacrifice one. But heat sink them before anything else!. These are meant to be mounted on Aluminum channeling. Running them without a heatsink at full current draw will kill them quick.

0
LED strip segments Parallel vs Serial
0
Clarification on LED strip specifications
0
Raspberry Pi - Controlling Multiple RGB Led Strip
2
Are these results normal: 5M led strip, only 1 A
0
Individual Led vs LED Strip
2
Which type of transistor for pulsing LED strip?
0
LED strip in series
2
What power supply do I need for my LED light strips?
1
LED Strip / Resistor Heater + Driver Circuit
0
How do you design a power supply for an LED strip if you do not have any specifications?