I am using a satellite finder as an RF level detector for a sort of "microwave camera."
It works, for some definition of "works," but it doesn't seem to work like I would expect it to.

This is a schematic of a similar device: 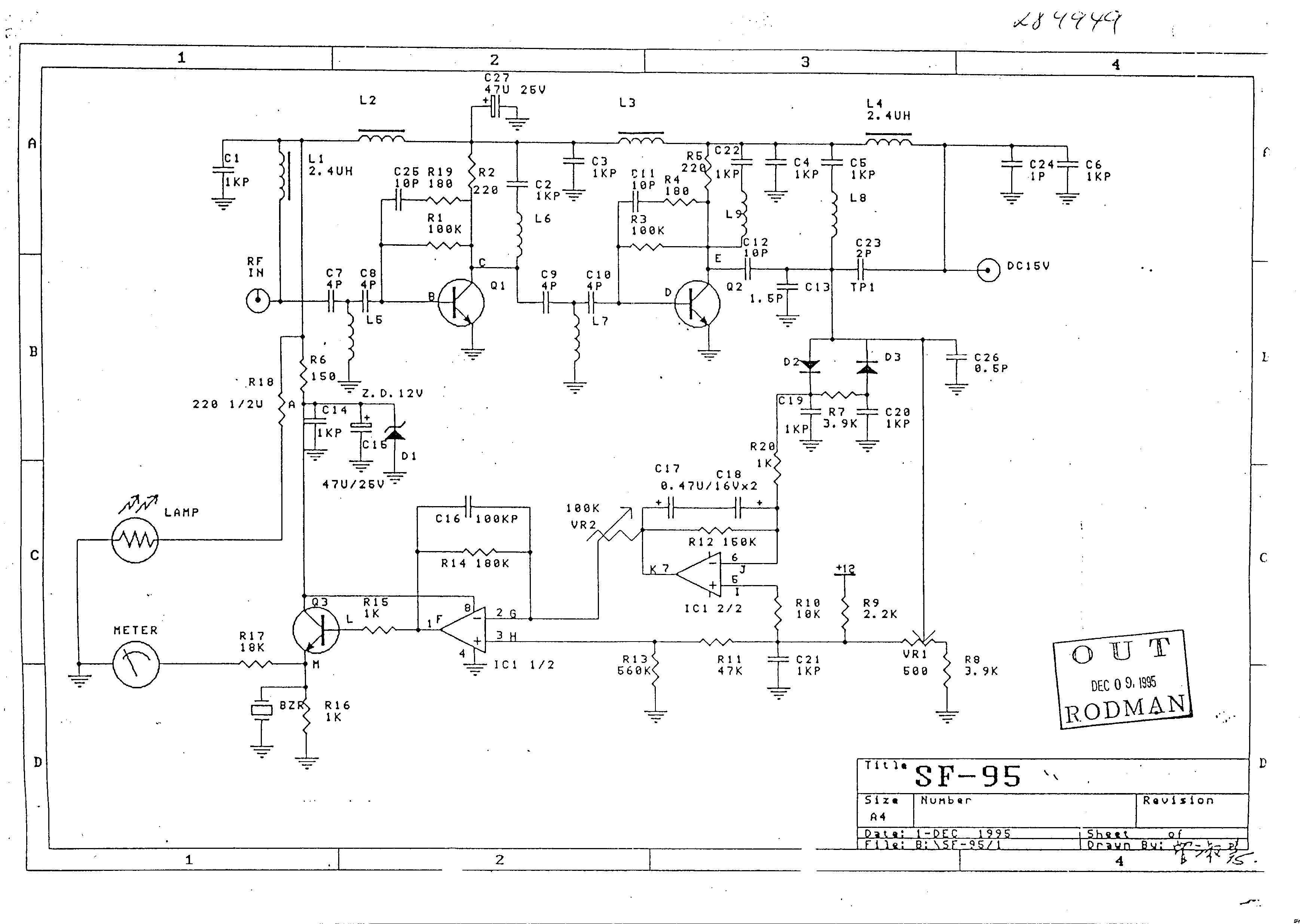 VR1 (lower right corner) is on the front of the device and has markings to suggest it is a gain control (marked dB from -6 to 6.)

I do not understand the section from D2/D3 to pin 7 of IC1 - that is the detector and the first amplifier stage.

I assume D2 and D3 together with C19 and C20 form a fullwave rectifier. If it is not fullwave, then I don't know why there are two diodes.

R8 and R9 are voltage divider to provide ~6V to the positive inputs of the 4558, forming a sort of "virtual ground."

R12 and C17 and C18 form a low pass filter to keep sudden changes in the RF level from slamming the meter too fast.

Now we come to the parts that I don't get at all.

VR1 is in series with R8 and R9. For the "virtual ground," this makes the lower half of the voltage divider a bit higher resistance, resulting in a slightly higher voltage for the positive inputs to the op-amp. That is fine, but what in heavens is the voltage from the wiper used for? It goes to the RF side of D2 and D3. Is it providing some kind of variable biasing for the detector?

What does VR1 really do?
Does the voltage there provide some kind of biasing to D2 and D3?
Does this result in some kind of thresholding effect? What effect does VR1 have on the gain of the first amplifier stage?

Agreed -- as drawn, that wiper connection doesn't make much sense. (I assume you are referring to VR1, not VR2.) The worst part of the wiper connection is that it will tend to short out the RF signal if set to the left extreme, but VR1 doesn't appear to be configured as an RF attenuator.

Perhaps the schematic was supposed to show the wiper connected to the anode of D3 (not cathode). With an anode connection, VR1 would allow trimming of the offset (or effective threshold) of the first op amp through the DC path of R7 and R20.

When RF is present at the shared node of D2 and D3, the diodes will pump current through R7, which creates a DC voltage that the op amps can detect.