I looked on wiki to find that their construction definition is: -

Wiki then goes on to show this diagram: - 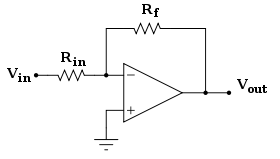 And they have some describing words thus: -

An active virtual ground circuit is sometimes called a rail splitter. Such a circuit uses an op-amp or some other circuit element that has gain. Since an operational amplifier has very high open-loop gain, the potential difference between its inputs tend to zero when a feedback network is implemented. To achieve a reasonable voltage at the output (and thus equilibrium in the system), the output supplies the inverting input (via the feedback network) with enough voltage to reduce the potential difference between the inputs to microvolts. The non-inverting (+) input of the operational amplifier is grounded; therefore, its inverting (-) input, although not connected to ground, will assume a similar potential, becoming a virtual ground if the opamp is working in its linear region (i.e., outputs have not saturated).

In the first sentence they mention a "rail splitter" then they go on to describe pretty much what I (currently) understand as a virtual ground. I have problems with Wiki's explanation because they started with the words "rail splitter" and, from my viewpoint, a "rail splitter" means "mid-rail generator".

I've provided the wiki explanation (before asking my question) just to show I've done some research on this.

My question is this: -

Is a mid-rail generator (formed by passive components and sometimes an active buffer) a "virtual ground"?

Yes. I've used the term "virtual ground" for a node used as reference for signals and that was generated by making roughly a mid point between two supplies. I think that's pretty common usage.

I also agree that "virtual ground" can be used to describe the negative input of a opamp in inverting amplifier configuration, but only when the positive input is tied to ground.

This is a loose enough term that it should be defined before use, unless it is clear from context. Talking to someone about virtual ground without context or a definition is wrong.

Not the answer you're looking for? Browse other questions tagged power-supply operational-amplifier virtual-ground or ask your own question.