Ask Question
Asked 4 years ago
Active 4 years ago
Viewed 587 times
0
\$\begingroup\$
Closed. This question is off-topic. It is not currently accepting answers.

So I've bought Chinese glue gun at ebay, but it had incompatible power plug and terrible cable.

I decided to replace wire and plug. I disassembled gun, and saw that wire goes straight to tip (which usually melts glue). But when I took metallic clip which was pressing to place where cable ended, I suddenly drop it.

I look what was there: yellow insulator (that plastic wrap which is hard to melt), 2 "golden" plates (connected to wires), and one metallic plate (looks like aluminum, sure it's not nichrome).

So looks like that metallic plate should be between "golden" ones. But here is the problem: It has only 0.07 ohm resistance when assembled back.
I've thought that original cable has resistance, but then wires should heat more then heater, but i checked anyway -- its 0.

Then I heat tip with solder till it started melting glue to check if resistance increases a lot with heat, but resistance still was very close to 0.

Looks like it's unsafe to use it because it'll be short circuit.

Am I right? Maybe I just assembled it wrong? Should I try to test it? 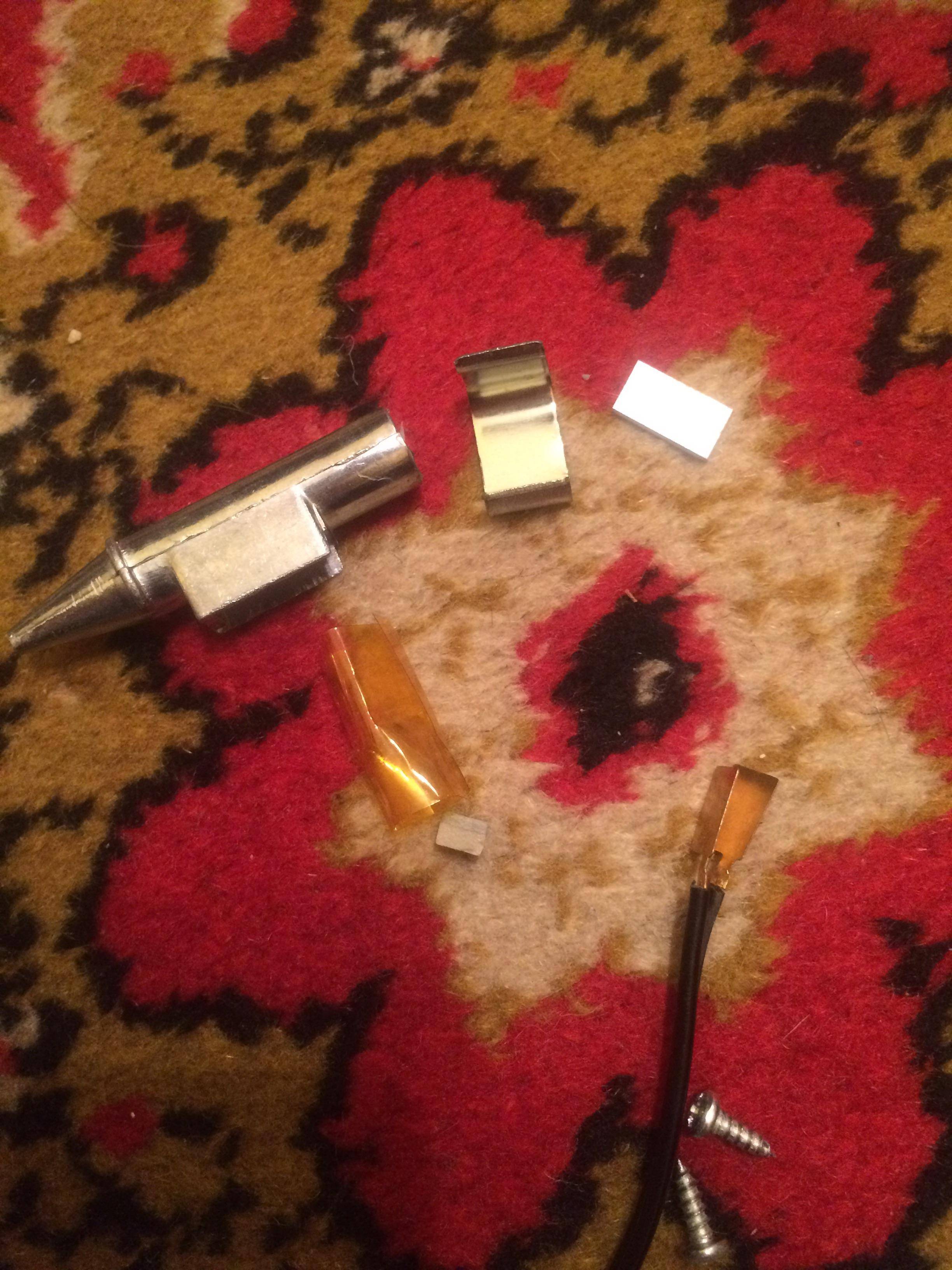 I did not know this, but apparently glue guns are made with rectangular** PTC (positive temperature coefficient) elements for the heater. From this source.

Note that the resistance at room temperature should be much higher than you state (probably a couple hundred ohms depending on whether it's for 120 or 240VAC). Check your meter against a known value resistor just to be sure it is working correctly.

Not the answer you're looking for? Browse other questions tagged ac heat or ask your own question.

1
Using a heat gun to transfer toner onto DIY PCB?
1
Powering Nerf Gun With Wall Adapter
2
Can this be reworked with a hot air gun?
1
Creating small heater
1
Why use a step-down transformer for soldering gun?
0
Small utility heaters
0
Surge protector outlet with altered grounding potential