Are the same type of antennas used for receiving and transmitting?

Short version: Is the same antenna type used for transmitting as is used for receiving if the frequency is the same?

Long version: My garage door opener uses 433 MHz to receive signals from the remote control. The antenna it a wire, about 30 cm (one foot) long. The door opener transmits its status to a control device we have in the house. When transmitting it uses 868 Mhz. The antenna for transmitting is a wire about 8 cm (3 in) long. The control device we have in the house contains two antennas, both wires about 8 cm long. One I assume for receiving and one for transmitting.

Antennae are mostly symmetric in their receive and transmit behaviour, i.e. they will have the same gain and frequency response in each role.

The main place where the symmetry breaks down is power handling: an antenna designed for receiving needs to carry only a tiny quantity of power whereas a transmitting antenna, e.g. for a large radar or a long-range communication link, might be carrying kilowatts or even megawatts of instantaneous power.

Power is not an issue for garage door opener radios though ;) However, I would not necessarily expect that replacing the existing wire-antennae with these new antennas will yield any improvement. They may do, or they may be worse depending on how well their impedance is matched to radio circuits you're using them with; have a google for VSWR. The relationship between the antenna you use and any ground plane below is probably more important than changing one cheap piece of wire for another slightly-less-cheap bit.

By all means experiment with those, but don't have high hopes for longer range.

Antennas both transmit and receive in the sense that they can do either. I'd be careful to not just "splice" the antenna in and to actually use a proper connector (which you never mention, but I assume they exist because your products have them).

The only exception being antenna that have active devices in them that are not bi-directional (linear). Those are fewer and farther between but do exist. I suggest posting photos for confirmation.

Antennas can equally send and receive for the most part. The reason for replacing the antenna is more important. Are you trying to get more range or is something wrong?

A reason to replace an antenna is to get better range. When replacing the antenna, neither the transmitter nor the receiver is changed. For the case of the transmitter the power sent does not change. What the new antenna can do is focus the same amount of power into a more narrow beam, sending more power in a particular direction and less in another. This is called directivity. The same thing happens with the receiver as well. An antenna with a greater directivity is able to receive a weaker signal compared to its less directive counter part.

One way directivity is represented is gain. The gain is how much the signal is "amplified" so to speak, in the direction of greatest directivity if compared to a true omnidirectional antenna.

One way to easily make a directional antenna is to place a parabolic reflector around it. Cut out several cardboard sheets in the shape of the parabola. Cut an antenna sized hole at the location "F". Join all the pieces together on the corners. Cover the curved surface with a metal substance. Fine metal netting or aluminum foil should do it. Slide the antenna through the hole "F" and fix it in place directing the signal toward the house. 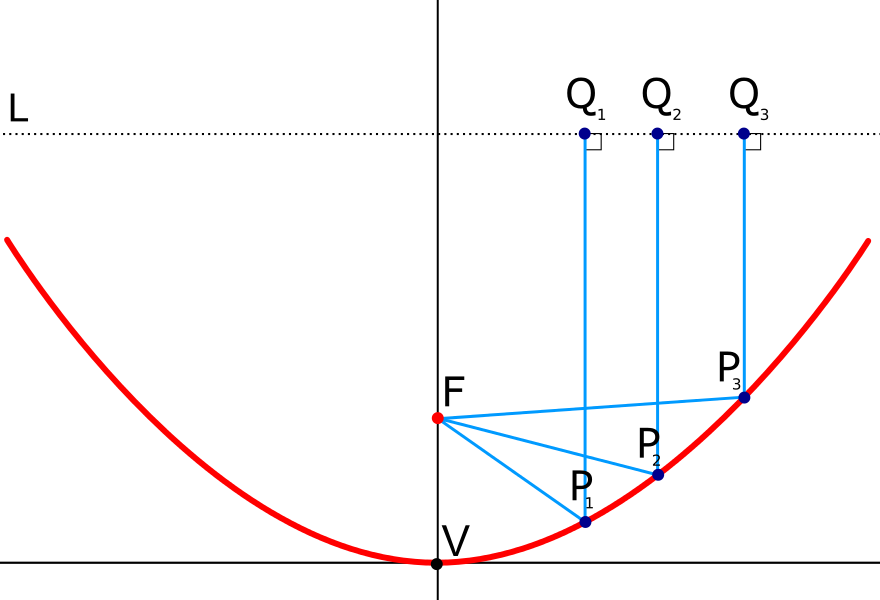 Not the answer you're looking for? Browse other questions tagged antenna transmitter receiver or ask your own question.

0
Does the antenna type matter for receiving?
1
How can I amplify 868MHz transmission done with a wire antenna?

14
Need help with selecting an antenna for PCB
8
Boost 433 MHz receiver module receiving signal (XY-MK-5V)
2
How do I avoid interference in 433 MHZ RF transmission (in my case)
0
designing trace anthtenas for 2 sets of rf rx+ tx
0
Does the antenna type matter for receiving?
0
How to derive voltage applied to an antenna, where transmitter power is known & identical tx/rx antennas are used with known gain/impedance?
0
How to transmit a 125kHz signal?
1
Is there an easy way to interface a receiving 457kHz ferrite rod antenna with a microcontroller (BeagleBone Black)?