Why won't this bulb light when I put the multimeter in series?

It lights here with no multimeter, this is fine 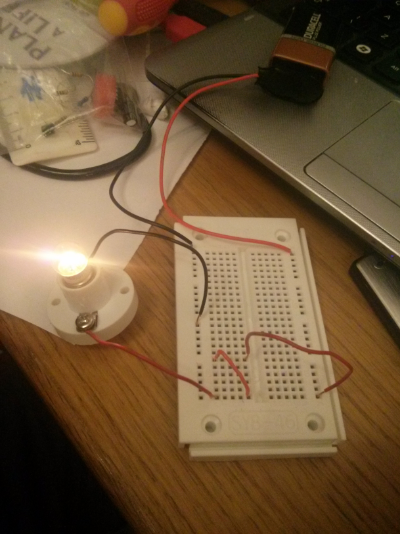 But if I replace one of those wires with the multimeter, connecting the multimeter in series, then the bulb doesn't light. I am wanting to measure current of course, but from what I understand, the bulb should be lighting up. I am as you see, getting a 0 reading so for some reason the circuit isn't happening. 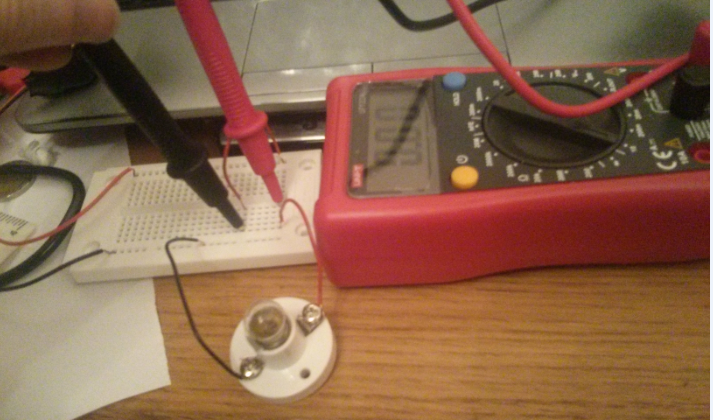 Here's another picture in case the above one wasn't clear enough 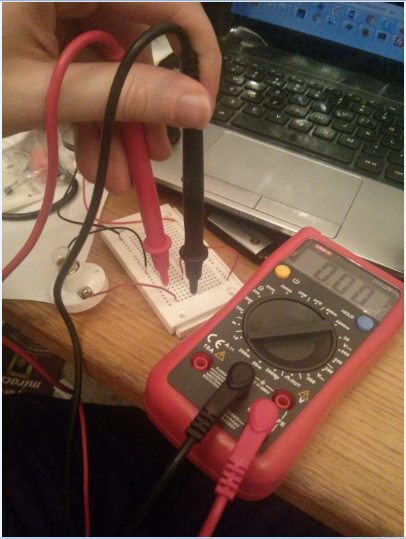 Why is the bulb not lighting?

The multimeter is able to measure voltage and resistance ok. I trued adding the wire, so the bulb lit, and putting the probes across the bulb and it measured the voltage, and I tried putting taking a resister and putting a probe on each leg and it measured that, so it's just this issue trying to measure current. I'm a complete newb so most likely I'm doing something simple wrong.

Another answerer suggested a continuity test.. I am not entirely sure how.. one video on youtube showed showed a guy pointing his dial to what he described as a wifi type symbol and then tapping the probes together and getting a beep.. I don't see such a symbol and I don't get a beep on any setting of the dial.

Another answerer said the multimeter should be between ground and load rather than v+ and load. I have moved it as you see in the following pic though still the bulb isn't lighting. I'll take it to maplin electronics store tomorrow and report back. 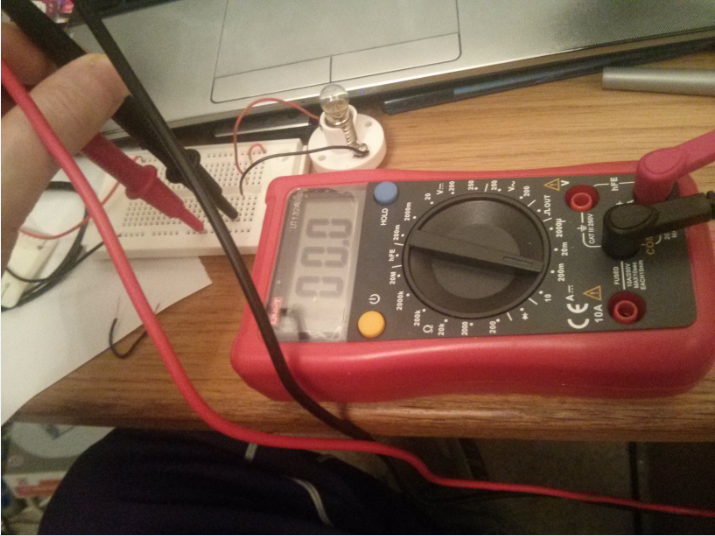 Note added by barlop- It was the third one that was it. I tested it by sticking wires into the breadboard and touching the top of the wires with the probes. And then the bulb lit.

hypothesis: 1/3
You blew the fuse on the mA current measurement channel. The mA current channel is fused for 200 mA. A light bulb can sink that much (especially during inrush current), and a 9V alkaline battery can easily source that much. 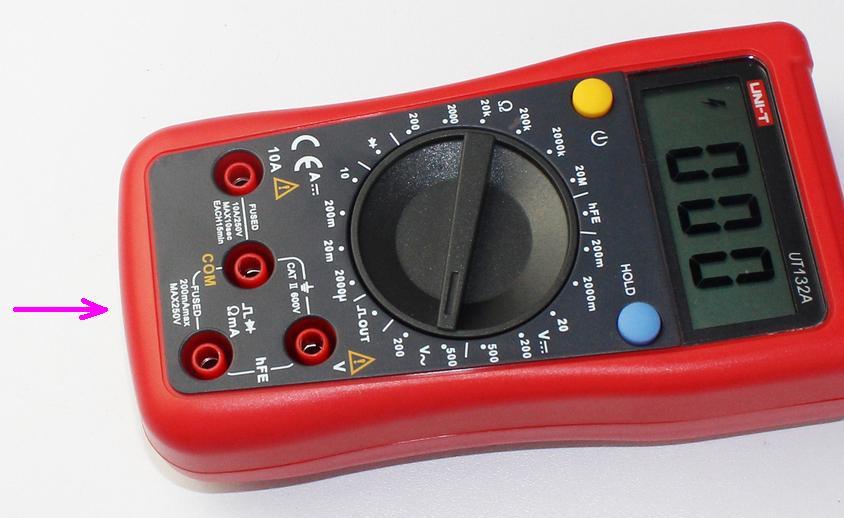 hypothesis: 3/3
Yet another possible reason is that the probes are too thick and they don't reach the conductors in the breadboard. You can check this by setting the meter to continuity (plug probes in sockets that do continuity, of course) and probing two points on the same row of the breadboard.

You have your multimeter set to the 10 Amp Current setting. To use the Ammeter in a 10 Amp setting, you have to connect the lead to the spot marked 10 Amp. It will not read or complete the circuit otherwise.

Also, your trying to measure the high side. Typically, you want to place the Ammeter on the low side. Between the Load and Ground, not V+ and Load.

How an Ammeter works. Notice that accidentally shortening the meter across the load, IE putting it in parallel, causes 4+ Amps to go through the fuse. A 200mA (or 1 Amp as it may be) fuse will blow nearly instantly. 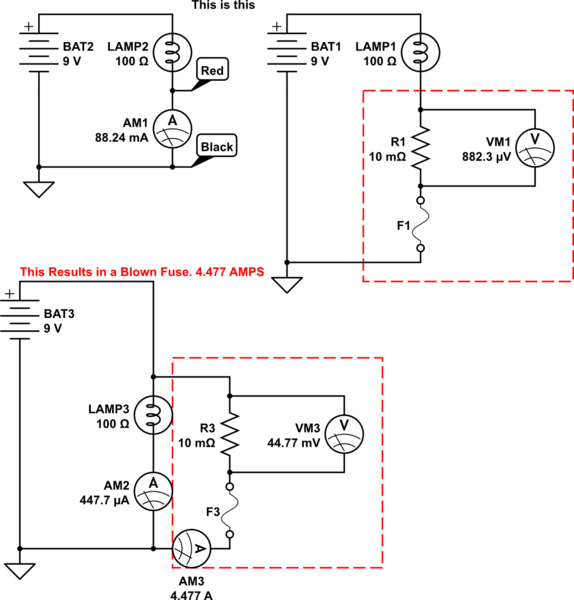