100nF MLCC bypass capacitor spontaneously exploding on 3.3V bus, how does this even happen?

A 1608/0603 multilayer ceramic chip capacitor was functioning as a bypass capacitor for the 3.3V supply of a InvenSense MPU-6050 6 axis (gyro + accelerometer) MEMS sensor. It somehow exploded forming an open circuit, without damaging the sensor IC or any other component on the board, and without affecting its operation. 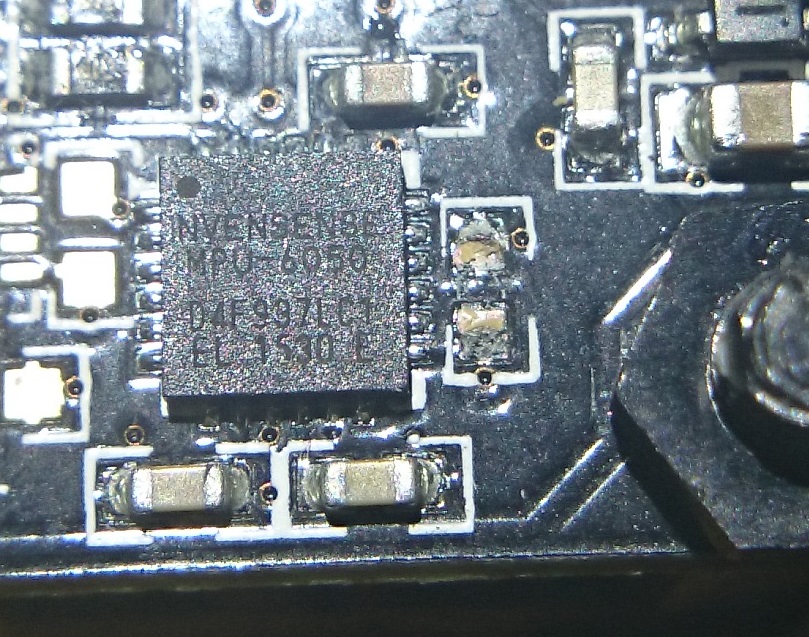 Illustration of a typical circuit from the InvenSense datasheet: 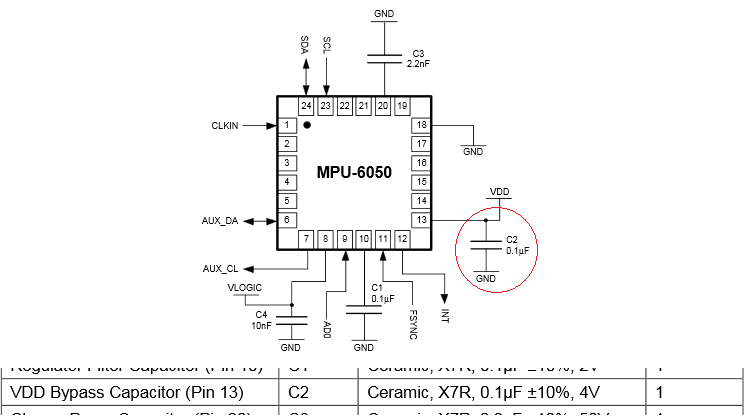 Some parts of the ceramic material are still attached to the PCB and bits of the wreckage are scattered all around. The cap was reflow soldered with lead free solder by the manufacturer and the PCB has not been reworked. I am pretty sure that the component was intact when I first got the board.

I am curious about what failure mode this was, and how to prevent such failures in boards of my own design. Is this a common ocurrence in mass production? I thought these were fairly reliable components.

Could be high ripple currents (or poor cooling and moderate ripple currents) causing overheating. Or it could be one or several of the mechanical stress/defect sort mentioned in the comments, or a combination of such factors. Without knowing if the capacitor is prone to blowing up on more than one copy of the board it's hard to say for sure. Post-mortem analysis of a single failure without extensive supporting data is not definitive.

Linked below is a TDK app note hosted at Digi-Key which pretty much explains that while MLCCs are often not exactly ripple-current rated, ripple currents do affect them - but it's more of a temperature thing than a specific current. They also mention that when ripple currents are measured on MLCCs it's typically at room temperature - so it's quite possible that some lazy designer found a number, ignored the "25°C" associated, and said whoo-hoo, here's my ripple current - let her rip - at 65°C.

The "4V capacitor on 3.3V supply" (also mentioned in comments after I wrote the above) is likewise a poor design choice that may well contribute, but it's unclear if the spec is what the actual capacitor is, since you indicate a source that is evidently not the manufacturer of the board (chipmaker? in which case they are nuts to spec that) for the spec.

Most likely the part cracked and that will usually cause it to short. Being on a rail, smoke will be involved.

Not the answer you're looking for? Browse other questions tagged capacitor soldering surface-mount failure or ask your own question.