I am having a discussion with coworkers about sufficient grounding to a chassis... my opinion is that a toothed ring terminal in contact with bare metal is required, e.g. Molex 19074-0025, so that the teeth will scrape through any oxidation layer:

(Alternatively a regular ring terminal with a toothed lock washer.)

Someone else suggested a Faston tab like the ones in the picture below: 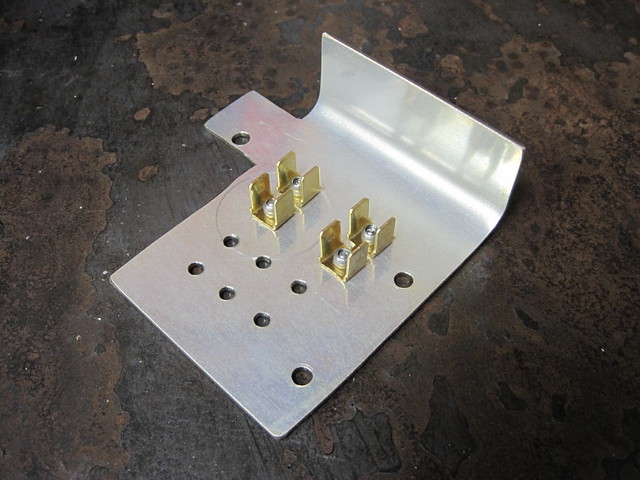 I am uncomfortable advising use of these terminals, or any other connectorization of earth grounding.

In the 2000s, we have designed and put through UL a medical device that's mains-powered and has electrodes on the patient. One of the comments from UL was to do the earth connection with ring terminal and star washer. They have also required that the screw for the terminal can not be unscrewed from the outside. Initially, we had the earth ring terminal screwed to the case with a machine screw and a nut. We replaced the screw with a press-in threaded stud.

Later, I was salvaging a different medical device (3rd party device, I wasn't involved in the design, or knew designers). I would guess that it was from the early 1990s. Some of the outside panels were grounded through wires with Faston terminals.

Not the answer you're looking for? Browse other questions tagged safety grounding or ask your own question.