Can a PWM fan be turned on and off with the control pin voltage?

Can a PWM fan be turned on and off through the control pin? Or can it only adjust speed? Is it just a fet that turns the 12V on and off?

Before 4-pin fans became common, people had to build their own fan controllers to change the voltage applied to 3-pin fans. Some folks used rheostats, just burning off the excess power as heat, others chopped the incoming 12V, making a rudimentary form of buck converter.

The 4-pin fans simply integrated the PWM control circuit inside the fan -- this may be implemented in many ways, all dependent on the fan model. Dead simple brushed DC motors probably have a single FET in there that is roughly chopping the voltage. If there's a fan built with a BLDC motor, it's probably using the PWM signal to drive the BLDC motor controller. 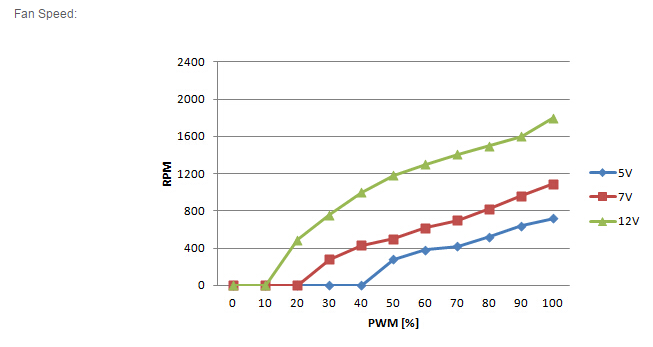 Your fan's datasheet seems to show that at PWMs below roughly 10%, it will not spin (for a 12V supply). If it is actually spinning, I would measure the voltage on the PWM line -- perhaps something else is driving onto it.

There are three possible implementations according to Intel's specs. 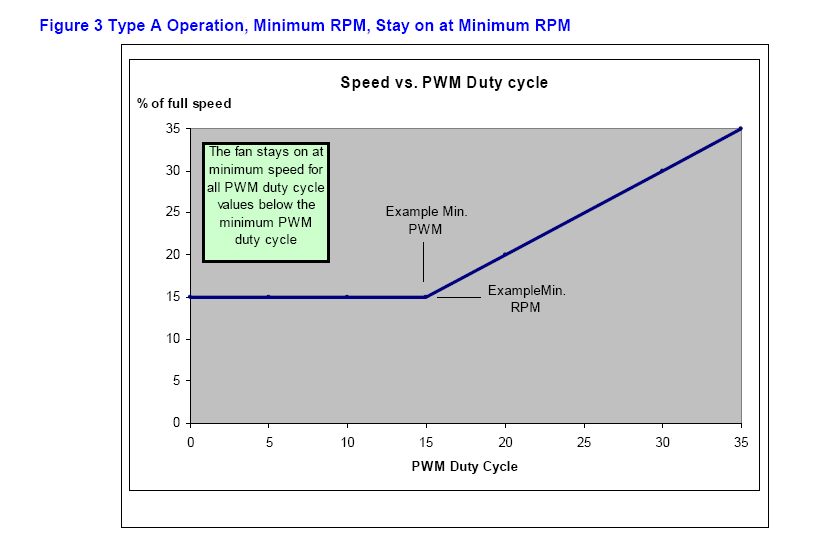 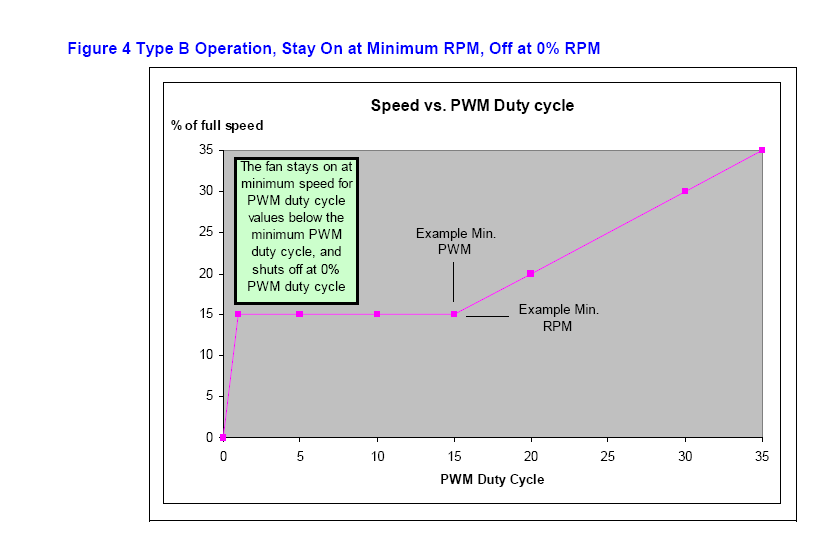 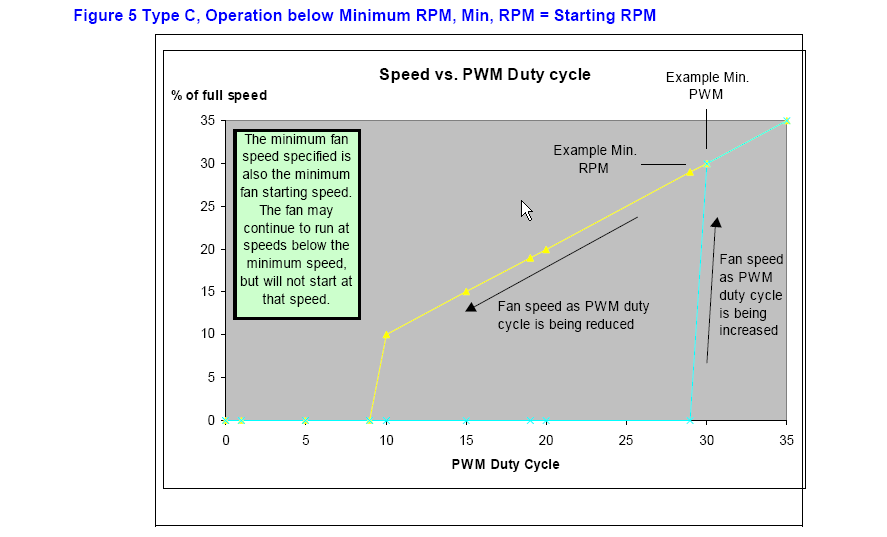 If your fan happens to be a Type A it (a bit like Friedman & Rosenman's human 'type A' personality category) will not shut down from the PWM input.

4
DC Fan Control (Switching on/off)
1
Analog Fan control via PWM
3
arduino - how to read and control the speed of a 12V - four wire fan?
1
How do I use 5V PWM from PIC to control 12V fan?
5
Can PWM affect a brushless DC fan given sufficient time?
1
4-pin PC Fan PWM control and speed monitoring
1
"One way" level shifter for PWM 4PIN fan control
0
Strange circuit design for driving a fan with PWM
0
Can you control BLDC motor speed with PWM?