What is the dual of a diode?

A diode has an exponential I-V curve. To a first approximation, it will pass whatever amount of current is required to keep the voltage across it constant.

Is there a passive component that will (approximately) drop any amount of voltage to maintain a constant current, possibly with a logarithmic I-V curve?

Yes, they are called current regulator diodes. They are essentially a JFET with gate joined internally to source so that you get approximately IDSS for voltages above the pinch-off voltage (and below the breakdown).

There are much better circuits possible using IC technology, so I think the current regulator diodes are mostly a relic from the past. 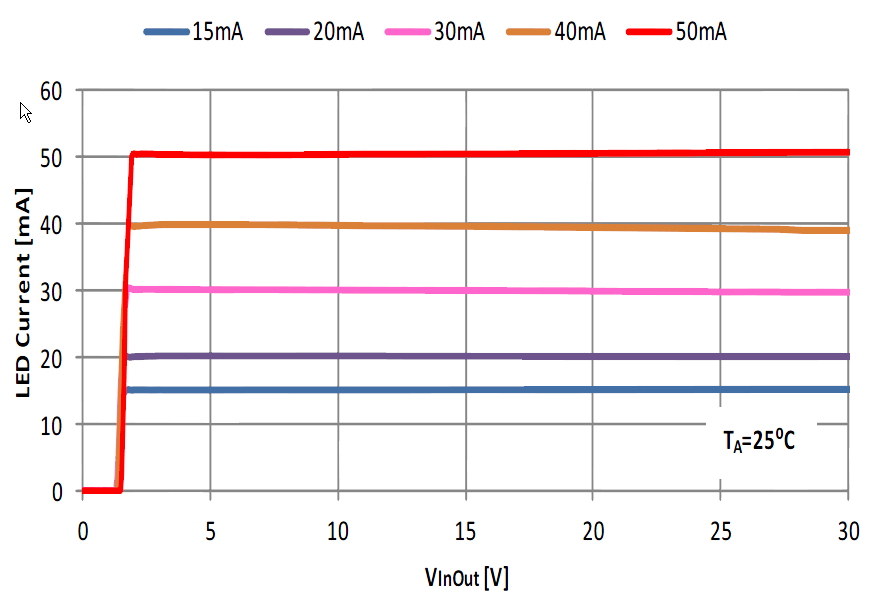 Something similar is possible using a three-terminal regulator such as an LM317 and a resistor (resulting in a two lead device).

It's arguable whether the current regulator diode is actually passive or not, but I'll leave the ontological discussion to others.

I think you mean a constant current diode. They will attempt to drop any voltage past a fixed current. From Wiki:

Constant-current diode is an electronic device that limits current to a maximum specified value for the device. It is known ascurrent-limiting diode (CLD), current-regulating diode (CRD).

These diodes consist of a n-channel JFET-transistor with the gate shorted to the source, which functions like a two-terminal current limiter or current source (analogous to a voltage-limiting Zener diode). They allow a current through them to rise to a certain value, and then level off at a specific value. Unlike Zener diodes, these diodes keep the current constant instead of the voltage constant. These devices keep the current flowing through them unchanged when the voltage changes. An example is the 1N5312. Note the negative VGS is required, as an example on the n-type junction-gate field-effect transistor 2N5457.

Not the answer you're looking for? Browse other questions tagged current components constant-current passive-components dual or ask your own question.

23
Differentiation between passive and active components

4
Basic schematic help
23
Differentiation between passive and active components
6
Max voltage vs current for LED
2
Help please! I need to give constant current to an LED from a Lipo battery
0
Instrumentation Amplifier output mysteriously increases upon connecting across a resistor, compared to connecting the same voltage directly across it
0
Question about current
1
Lower than 0.7-0.6V voltage drop on sillicon diodes