How to modify a voltage regulator to make it very low quiescent current?

We have built a hand held RF remote controller, powered by two CR2016 batteries in order to supply 6V.

We used a microcontroller in the circuit, which runs under 3.3V. That's why, we used a voltage regulator, LM1117 for that purpose.

Problem is, after having a few empty batteries in a couple of tests, we noticed that LM1117 swallowes up the battery while waiting. LM1117's datasheet says it consumes 5mA on standby.

But as we live in Turkey, we can not find such parts easily, and we currently have no time for shipment. That's why, we need a workaround for that problem.

As a first resort, we will use the same circuit, except for adding a NPN transistor in series to LM1117 and trigger that transistor via MCU where MCU is powered by the same LM1117 AND another very low energy circuit.

That very low energy circuit consists of a Resistor + 3.3V Zener // Capacitor. Zener diode will assure that capacitor will have 3.3V and this energy will be sufficient to wake the MCU up after an interrupt. When MCU wakes up, it will drive the NPN transistor, which will get power to the MCU and system will feed itself.

But I can not get if there would be any consequences with that approach. Is there a working solution for that kind of problem?

Low-power design is difficult, and I refer you to this detailed article I saw recently; you should read it in its entirety.

Some salient points, mostly from the above article:

These are solutions I could think of:

Build the LDO yourself out of discrete components. I dont know how easy it is to find op amps in Turkey, but there are quite a few low power op amps that can function with less than 0.5 mA and the op amp seems to be the most power hungry component. The feedback network could use high resistor values, and so could the reference voltage. 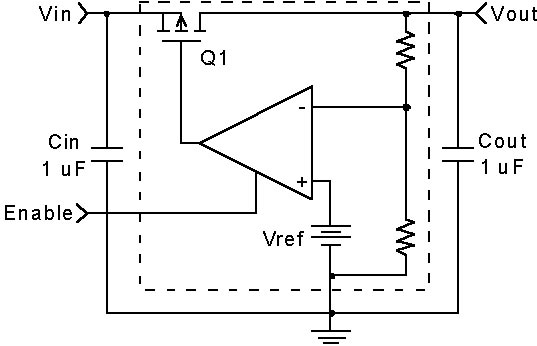 Another option I can think of (Im not sure if this is what you were refering to) is to switch power supplies. Simply using some load switches, you could switch from the LDO to something like a zenor diode regulator which could be very efficient for small loads.

Finally, you could consider changing your power supply in general to a very low power switching buck supply. In that case, you even increase your total efficiency as well since right now you are accomplishing only 55% efficiency!

Not the answer you're looking for? Browse other questions tagged low-power or ask your own question.