An ultrasound transducer is specified to have two standard frequencies; 820 KHz, and 2.5 MHz, does this mean that any frequency in-between can be used?

If not, what would happen if a generated signal with a different frequency, let's say 1.5 MHz, was connected to the transducer?

820kHz and 2.5MHz (=3*820kHz) are eigenfrequencies of the mechanical system. You will be able to drive the transducer at any other frequency, but the damping will be greater by orders of magnitude, so it won't be usable.

Some ultrasound transducers can oscillate at both longitudinal and transverse mode. It is possible that that 820kHz and 2.5MHz are the natural frequencies for transverse and longitudinal mode while n*820kHz and n*2.5MHz are their harmonics. In this case, the transducer can be operated at both 820kHz and 2.5MHz with comparable amplitude but will produce different wave patterns. That does not neccessarily mean that any of the harmonics' damping is low enough to be usable. 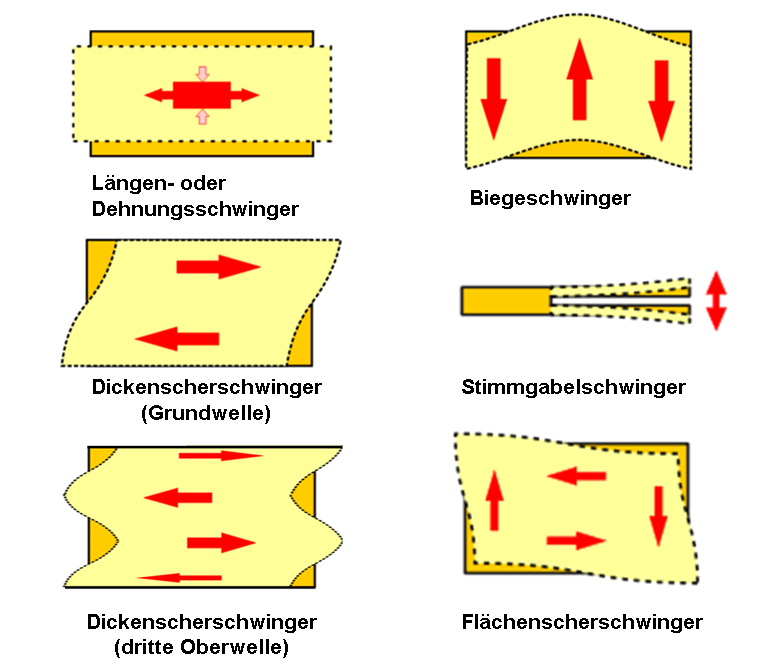 There are also broadband transducers that do not operate in resonance. They can be used equaly well over a broad fequency range, but a resonance transducer operated at a correct frequency is much louder.

Not the answer you're looking for? Browse other questions tagged frequency ultrasound transducer piezoelectric-effect or ask your own question.