I'm planning to build myself a small portable speaker. I'd like to include a Li ion battery and a jack for an external 12V-ish power supply. I'd also like to add a jack that will be used to charge the battery from an external Li ion charger.

If the first one turns out well I might make more to give as gifts. As such, I'd like to make the design as dummy proof as I can. I'd like to wire the power supply jack and the charger jack so that:

3) I can run the speaker from the power supply while simultaneously charging the battery with the charger.

I think I can solve the first issue using the switched power jack as in the following (poorly drawn) diagram. 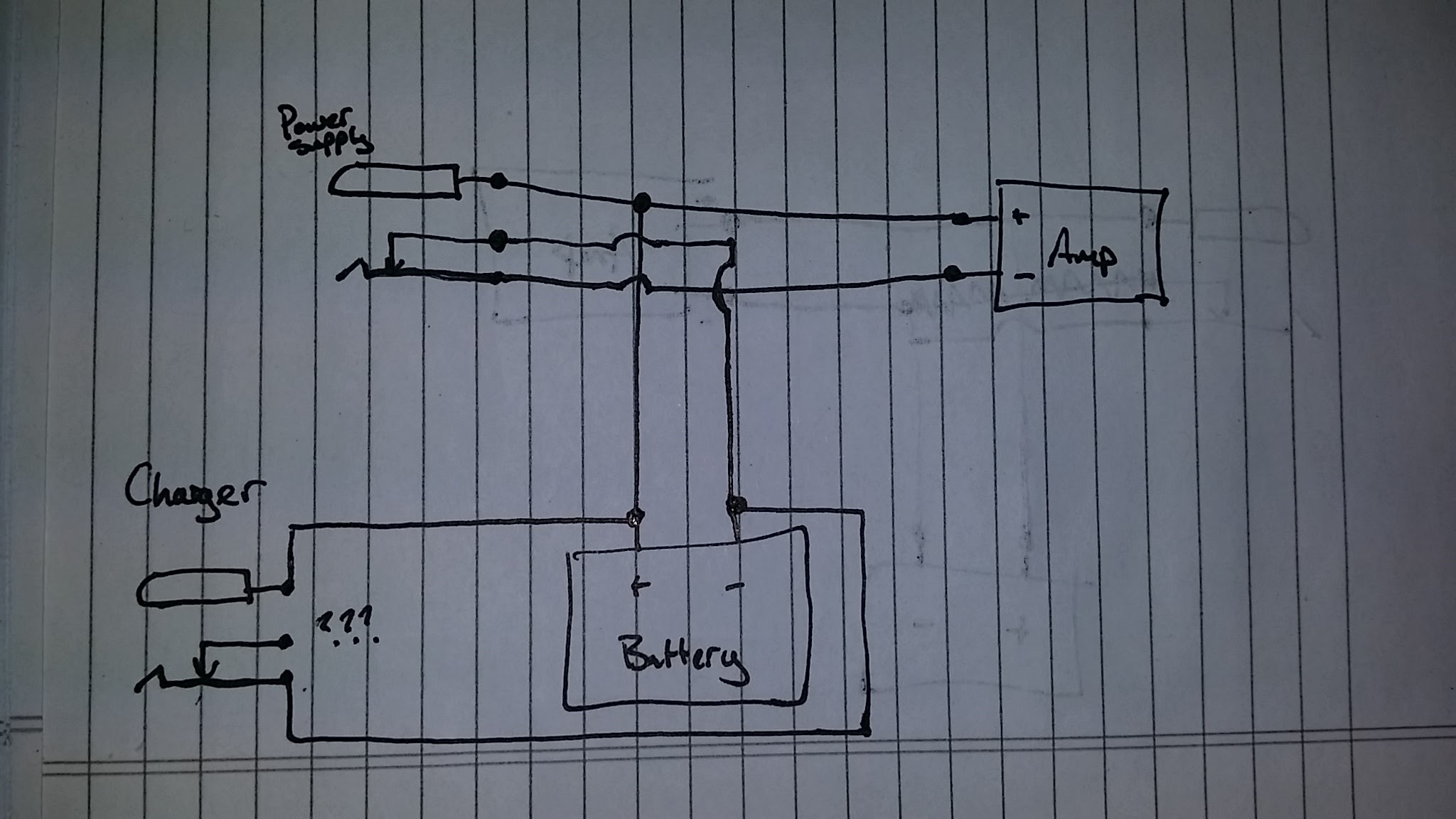 I'm not sure how to do #2, but I imagine I would have to include a switched jack for the charger as well. Just not sure how to hook it all up. Anyone have any ideas? Thanks!

Your drawing does not show any over charge protection for the battery. If you are going to use a Li Ion battery this is absolutely required. It may be best to just buy a battery assembly that already has a protection/charging circuit built in. For most any other type of battery you should still have some minimal over charge protection, either directly in line with the battery or in the charger module itself. What ever battery type you use be sure to read the manufacturer's recommendations for properly charging the battery.

Lastly be absolutely sure that the Power Supply and the Charger you use are simple isolated types, with no common earth ground. Since you are switching the ground pins in the circuit you do not want any extra ground paths making a connection. After assembly carefully test the circuit to verify that the battery connects and disconnects properly. 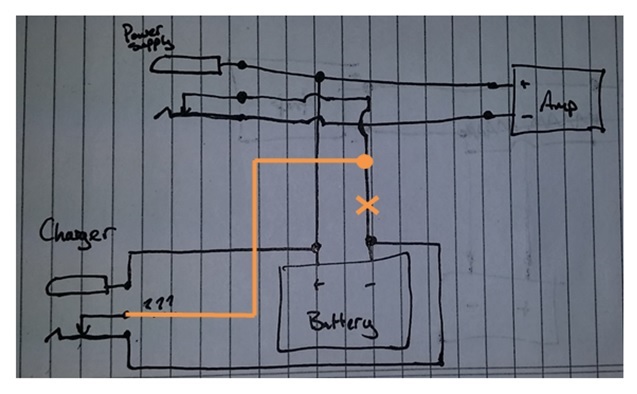 This will be a fun project! Maybe rethink your drawing and use a DC power supply to power and charge the unit. DC power supplies are inexpensive and have already been rectified from AC to DC. So try drawing this again with one power supply that will handle the following, one amp that operates at your desired voltage range, one battery that will operate your unit and a charge controller. These items are easily found on E-bay and remember SPECIFICATIONS are everything when dealing with electronic components(mins./max, Volts, Current, Watts) look up the definition of each so you will understand better . I want to help you learn. Also, in reference to what you posted, using the battery while charging it WILL help protect it by causing a slower/longer rate of charge that produces a more thorough charge with less heat... a batteries worst enemy in this application. Research electrons, where they come from and how they work moving from and to a valance ring as well as more or less electrons on this ring. You wont be sorry!

Not the answer you're looking for? Browse other questions tagged power-supply switches wiring battery-operated or ask your own question.