SCR which can conduct 230V AC at Zero gate voltage 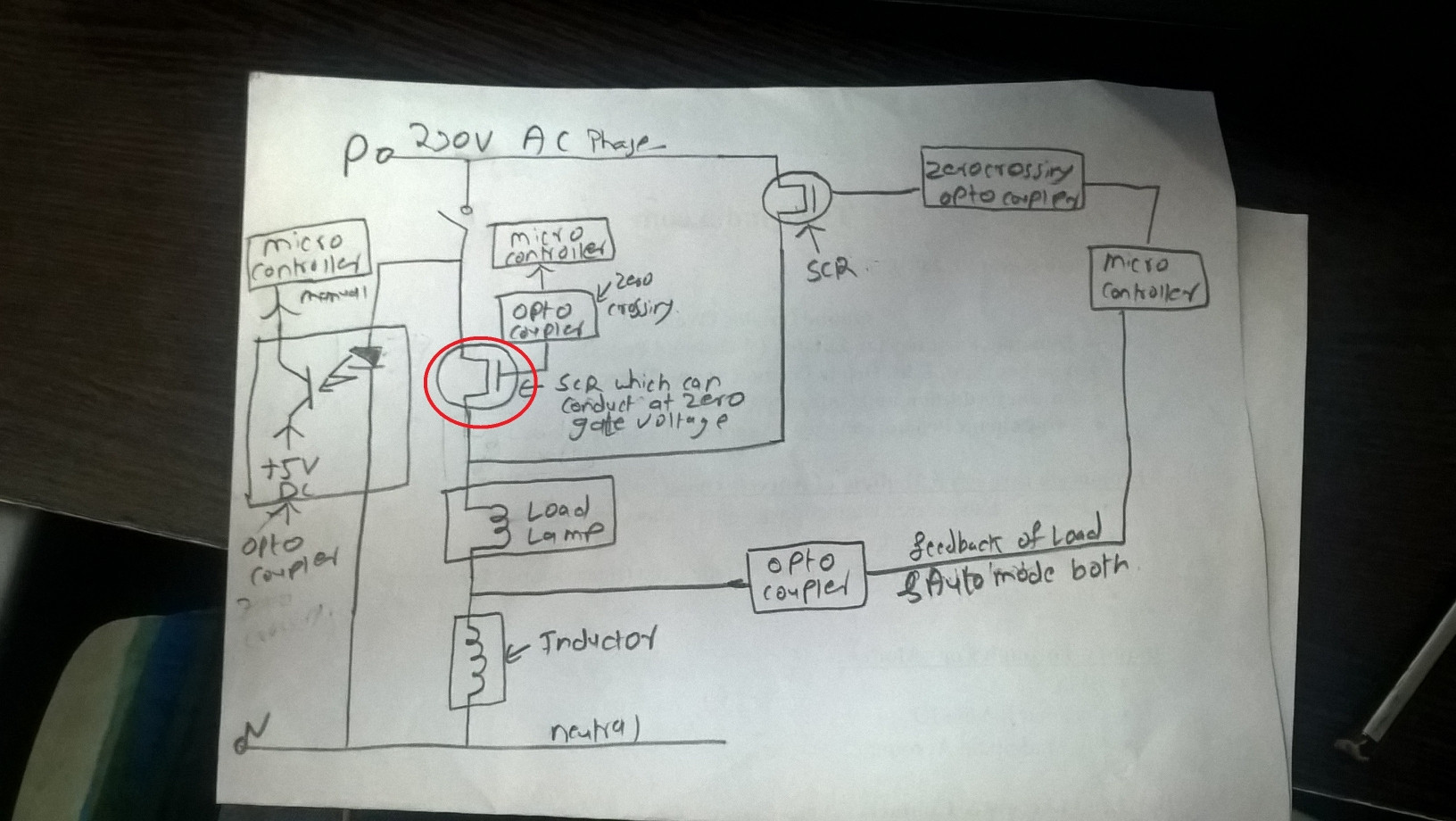 As per the image, an operation for manual & Auto logic where manual can overwritten auto command and vice versa. The red circled area is an SCR(Silicon Controlled Rectifier). I'm looking for a SCR which can conduct at ZERO Gate Voltage(Vgt=0) i.e when the Mechanical switch is turned 'ON' the SCR turns 'ON' and it starts conducting 230V AC and when Gate Voltage is provided to the SCR,it turn 'OFF' the SCR and hence turns 'OFF' the load lamp.

I can't use a 'RELAY' or a 'TRANSISTOR' as the current flow in the circuit should be unidirectional.Also in case of 'RELAY' space constraint is an issue.

But either way if I can't find any SCR which conducts at 'Zero' Gate Voltage(Vgt) won't mind using transistor.

Any suggestion for an SCR which can conduct at 'ZERO' Gate voltage as mentioned in above explanation shown in below circuit.

An Opto Coupler which can operate for 230V AC directly.

Part No of both Opto Coupler which can operate at 230V AC and SCR which can conduct at 'Zero' Gate Voltage?

You could consider using a MOSFET-output SSR with normally-closed output (also called "Form B"). They conduct AC (or DC) and can be controlled from a microcontroller directly with a single resistor, and also include isolation.

It's not clear to me what exactly your load is, but perhaps something like this which can switch up to 0.5A at 220VAC. Lower current capacity devices in smaller packages are available from various manufacturers. 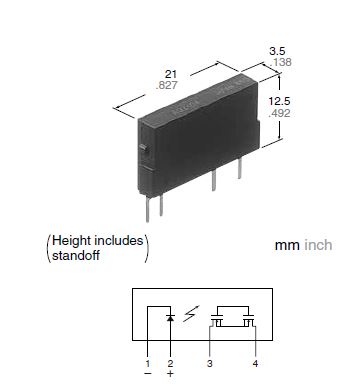 You can do that, but not with a plain SCR. You need to use a GTO (Gate Turn-Off Device). They are expensive, and still require a positive trigger on the gate to turn them on, but they can also be turned off with a negative gate trigger.

They work, but do have issues, and the triggering of them can be touchy. Most actual GTO devices steal some of the forward current to assist in the turn-off function, some require you to supply the full turn-off current, which is usually about 1/4 of the actual forward current.

GTO technology still exists, but it is uncommon. It was one of the earlier methods of phase power control for AC Variable Frequency Drives.

Not the answer you're looking for? Browse other questions tagged components power-electronics opto-isolator scr or ask your own question.

9
When should I fire the TRIAC's gate when controlling an inductive load (AC motor)?
7
Using the VO2223A to switch a 230Vac LED lamp
0
Why do we need zero voltage reference circuit for micro-controller?
1
Mechanical Switch in parallel to the Micro Controller working in Sync
1
SCR Gate to negative
0
What are the voltage & current ratings of output contacts of optocouplers ? whether they can withstand ac voltage or not?
0
Sense 230V - voltage