I have some high voltage (300v+) analog circuits that I want to control digitally which requires the use of a voltage controlled linear resistor that can withstand the high voltages. I don't expect the current levels to be that high. I originally settled on LDR optocouplers but it turns out they can't handle big voltages so that leaves me with transistor or diode optocouplers. As far as I understand it, photodiodes are light controlled zeners and phototransistors are light controlled transistors. Which one should I choose for a high voltage linear variable resistor meant for a voltage divider? Here is an example of how I would use the variable resistor 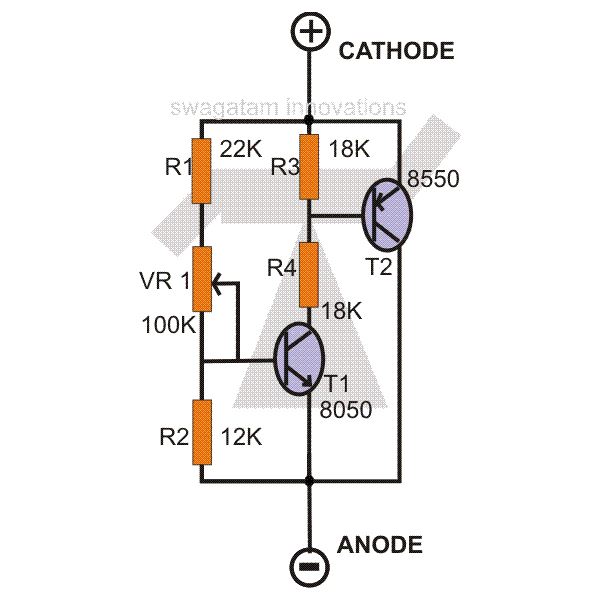 The IL300 Linear Optocoupler may be worth examining as a means of providing linear analog coupling with isolation.

The IL300 consists of a high-efficiency AlGaAs LED emitter coupled to two independent PIN photodiodes. The servo photodiode (pins 3, 4) provides a feedback signal which controls the current to the LED emitter (pins 1, 2). This photodiode provides a photocurrent, \$I_{P1}\$, that is directly proportional to the LED’s incident flux. This servo operation linearizes the LED’s output flux and eliminates the LED’s time and temperature. The galvanic isolation between the input and the output is provided by a second PIN photodiode (pins 5, 6) located on the output side of the coupler. The output current, \$I_{P2}\$, from this photodiode accurately tracks the photocurrent generated by the servo photodiode.

This could be a good start to a solution.

You could have one complete Figure 1 circuit feed the control signal to the HV side and another giving feedback to the LV side, if required.

Making a voltage controlled resistor to go up towards infinity presents a problem in that our DAC isn't able to output infinite control voltage. If, instead, we control conductance the problem becomes simpler. First, some definitions from Wikipedia:

The resistance (R) of an object is defined as the ratio of voltage across it (V) to current through it (I), while the conductance (G) is the inverse:

The SI unit of electrical resistance is the ohm (Ω), while electrical conductance is measured in siemens (S).

A separate isolate PSU is shown. This will generate a dual 15 V supply with the common floating at V- potential. 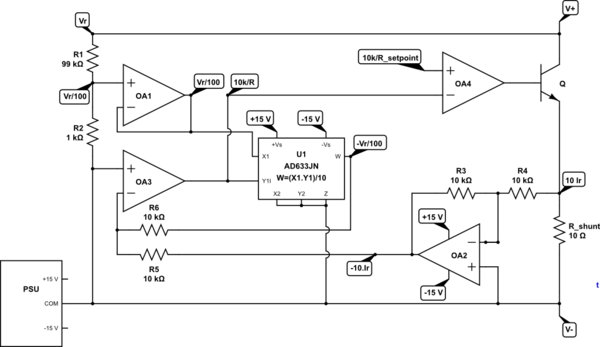 Figure 3. A conductance control circuit. All chips require decoupling capacitors from +Vs and -Vs to PSU common (and are not shown to reduce clutter).

The circuit is based on Analog Devices' AD633, page 10, Figure 16, "Connections for division". The AD633 is a four-quadrant multiplier but when installed in the op-amp feedback loop in this configuration it becomes a four-quadrant divider.

Solving for the output of OA3,

Feeding this value to the inverting input of OA4 completes a feedback loop required for OA4 which drives Q1 to control the resistance of the circuit. Control is achieved by setting the required conductance on OA4's non-inverting input.

The arrangement shown in Figure 1 can be used to control the conductance circuit of Figure 3.

I have not tested either circuit. It might be worth simulation.

Not the answer you're looking for? Browse other questions tagged voltage-divider high-voltage photoresistor variable or ask your own question.