ICs (“chips”) are typically packaged in what material?

ICs are typically packaged (encapsulated) in a black "plastic". What is this packaging material made of? 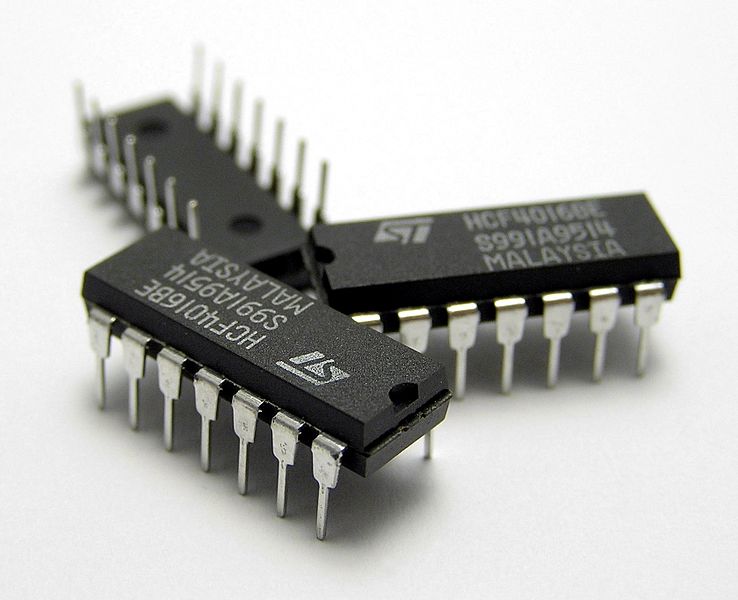 Transfer-molded epoxy (which is a thermoset material).

Thermoset plastics, once cross-linked will not melt, they only char at high temperatures.

See, for example, this TI/NS document: 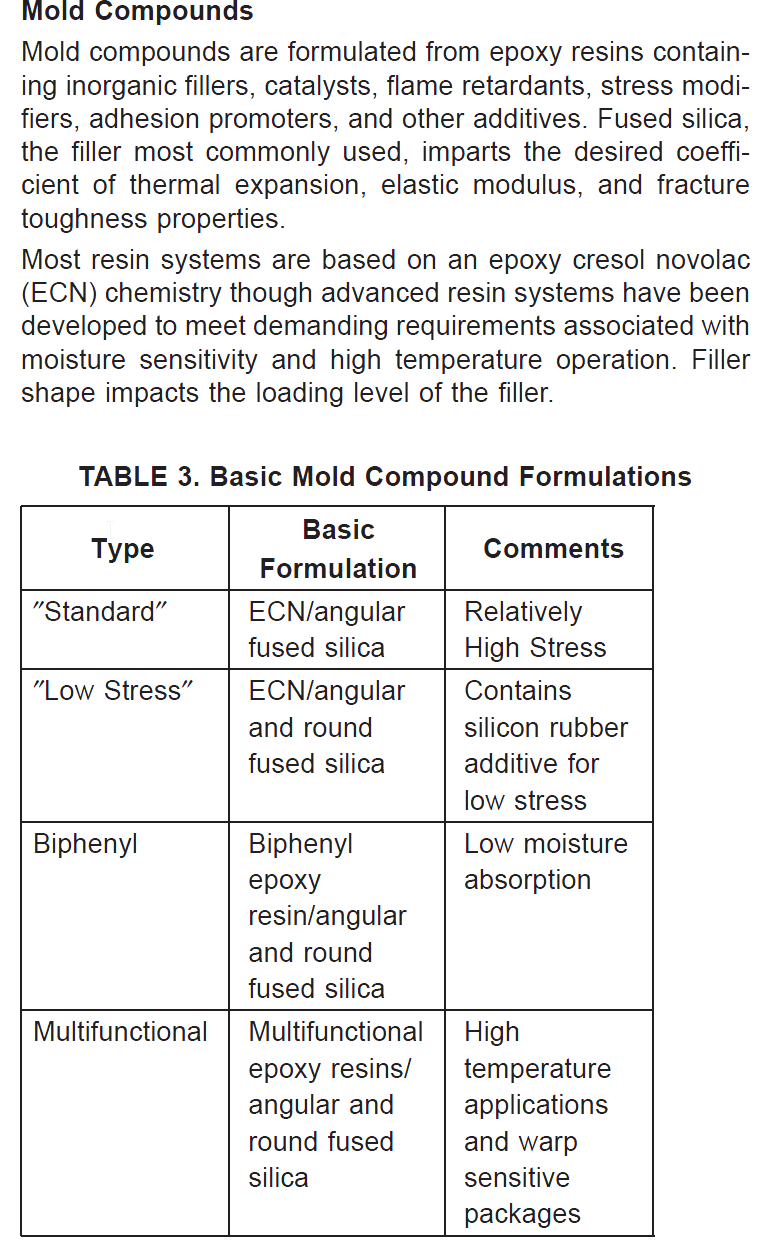 As mentioned in the NS document above, epoxy cresol novolac (ECN) is the most common ingredient of these epoxies. 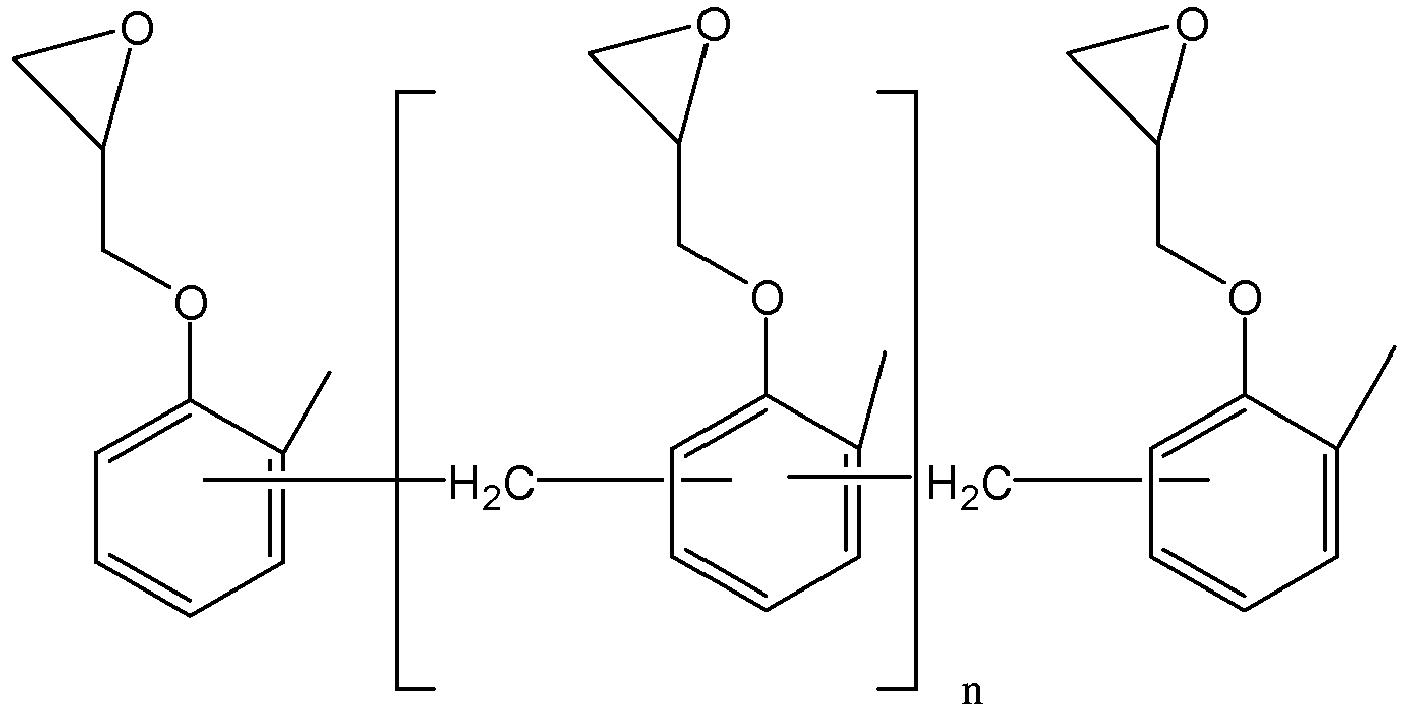 Link to fire at Sumitomo in Japan in '93.

Just to add to Spehro's answer, you can usually request the materials composition of a specific IC directly from the manufacturer, if you know where to look. They won't give away the complete recipie for how to build trade secret products, but they will be able to tell you the general chemical composition of the final product.

Just did a quick check through a couple of IC manufacturers familiar to me, and found these links:

Note: these links could be subject to "link rot" as manufacturers redesign their websites, but usually this information is offered under a Support or Quality & Reliability menu. Key terms to look for are Support, Quality & Reliability, RoHS, Materials. Worst-case you can directly contact someone at the company's applications or customer service department, they should be able to tell you.

One other important feature of the material is its opacity.

Any light that makes in through the housing to the chip may cause it to malfunction. Transistors and other active components are light sensitive, so any light will make them operate incorrectly.

I once worked with a guy from the DDR (GDR or East Germany,) who had a lot of experience with products of the DDR and the USSR. He told me that he had a soviet produced pocket calculator that wouldn't work outdoors - the sunlight leaking through calculator housing and the chip package would cause the processor in the calculator to lock up. If the light wasn't quite that strong, it would just sometimes give a wrong answer. He claimed that this was a common problem with soviet produced chips. The impression I got was that they bought packaging material (from ouside the USSR) to use for important stuff and used "home grown" packaging material for consumer products. Andre compared the "home grown" packaging to dog turds - it was some kind of off brown color and did a shitty job as a packaging material.

This doesn't answer the question as such, but it was too long for a comment and provides a little more background on what goes into the package material.

Not the answer you're looking for? Browse other questions tagged integrated-circuit packages materials or ask your own question.

12
What is the protective layer around microchips made out of?
9
Max operating temp of IC's
7
Reverse engineer: How do I remove the black plastic that hides the ics?
2
What material are pins of a microcontroller typically made of?
17
What well-known ICs have essentially no packaging?
1
What material is used in the common 5mm LED?
7
If the integrated circuit die is very small what is the role of the extra circuit packaging?
0
What are IC made of?