When i applied a 1v 2kHz square wave signal at the input of the BP-filter i got 4v peak to peak sine wave signal (2v positive and 2v negative).So far so good.

For the peak detector, in the beginning, i chose two OPA379 op-amps.

When i connected the output of the filter to the input of the peak detector and measured the filter's output and the demodulated voltage with the oscilloscope something strange happened.

The filter's output was at 2v (positive peak) as i expected but The demodulated detector's output voltage was 1v instead of 2v (exactly half of what i expected, since the detector holds the peak voltage). Then i changed the two OPA379 op-amps with two OPA340 op-amps and the detector's output voltage was at 2v (as expected in the first place). So i cannot understand why this thing happens. Both OPA379 and OPA340 (or OPA350) are single supply cmos op-amps. Why did the OPA340/50 worked but the OPA379 didn't? Ι assume that i have disregarded something in the datasheet but i don't know what this can be.

I attach two pictures of the faulty one and the correct one (same circuit with different peak detector op-amps). 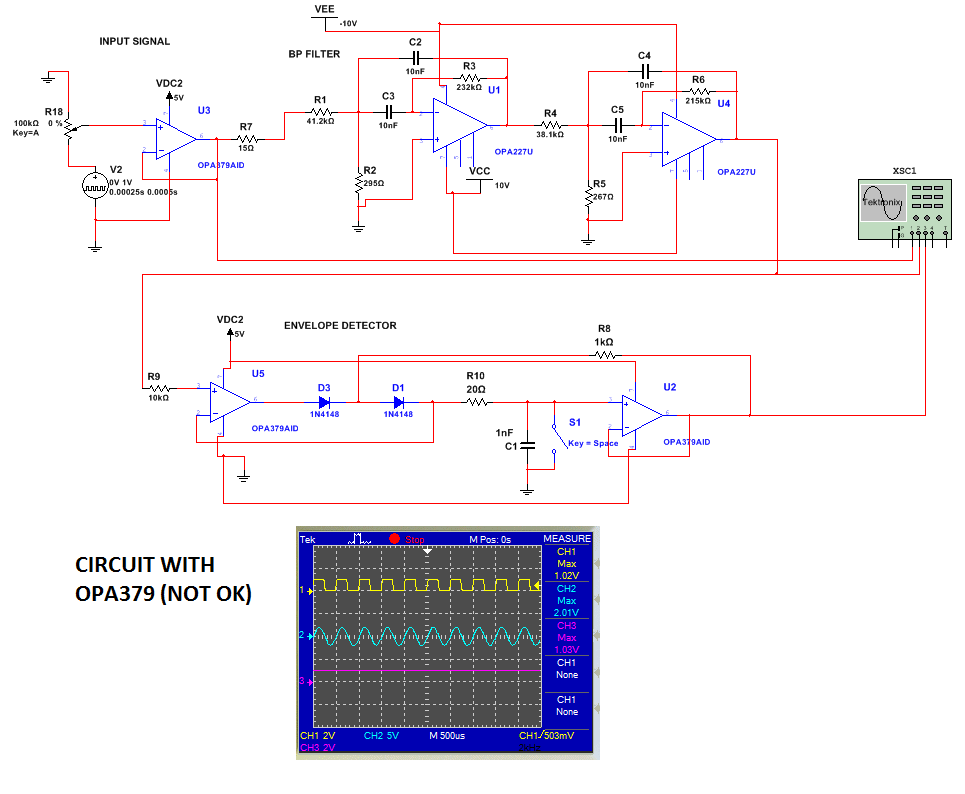 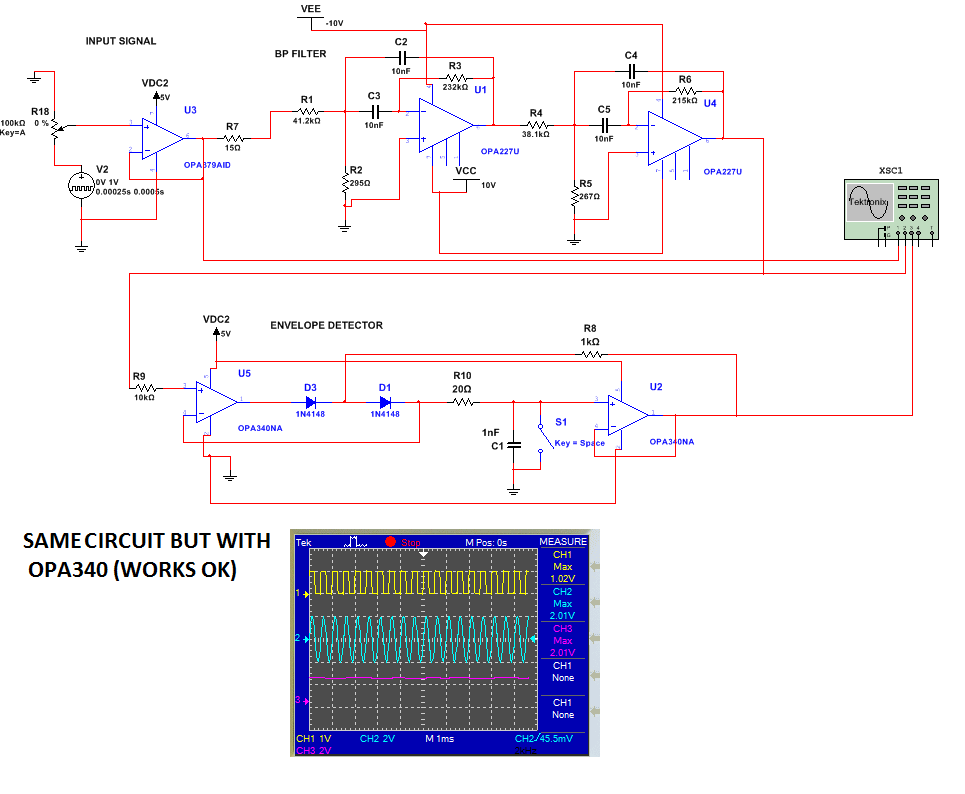 Browse other questions tagged demodulation detector or ask your own question.