Does it ever make sense to use a 50Ω input with 10X scope probe?

I'm at the point in my learning where one discovers measurement setup for a scope at RF frequencies is quite a bit more involved than I thought :)

So far, in my getting-fancier-with-probe-setup exploration, I've made current measurements by soldering coax directly to a 1Ω resistor and placing that in the current path; there was on the order of 100mA peak in that self-oscillating boost converter circuit, but it had a waveform complex enough to be both interesting and instructive. It was a noisy, spiky mess without the 50Ω pass-through terminator but became really clean with it. I'm thinking the latter was the "true" waveform, but have no corroborating evidence so far. It was definitely nicer to look at :) 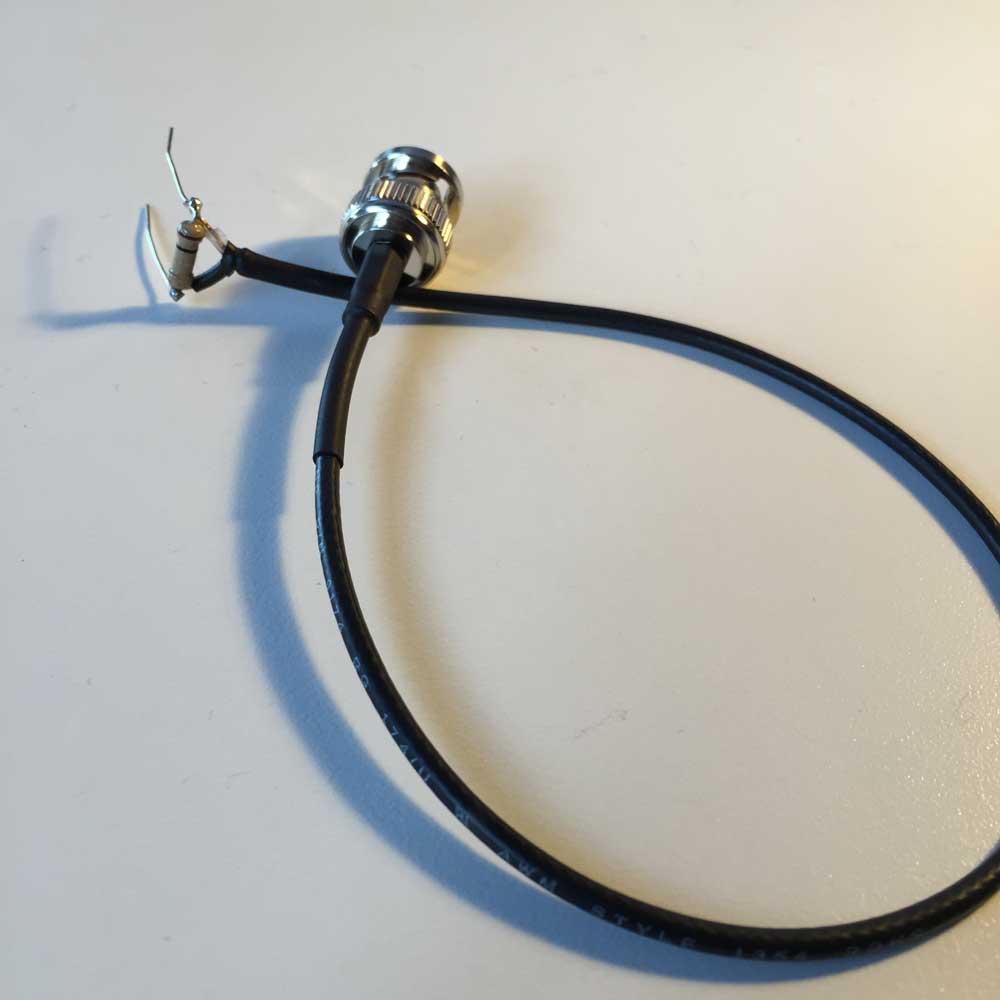 So I'm definitely seeing the benefit of using a 50Ω signal path (I'm believing I am anyway :). But of course not all situations are super low impedance like that one so wondering if there's any place for 50 ohm input in situations where one might prefer not to load the circuit quite so much.

Just thinking it through, I'm inclined to believe using a 50Ω input (feedthrough or built-in) with a 10X probe amounts to making a half-a-million-X probe at DC, which wouldn't be much use of course.

Are there applications where it might actually make sense?

The cable on a high quality high impedance scope probe is special, it's not normal 50 ohm coax. The special cable along with the relatively short lengths of probe leads means they can get away with treating it as a capacitor at up to 100 MHz or so, much beyond that and traditional high impedance passive scope probes don't work too well.

The alternative to high impedance scope probing is to run a 50 ohm line to the scope and run the scope in 50 ohm mode (or use an inline terminator if your scope is too cheap to have a 50 ohm option). Compensation capacitors are no longer needed.

10X probes (which usually have 10 megohms input resistance) are used to lessen the loading on a circuit. However, they are only useful for frequencies where the impedance of the input capacitance (usually about 10 picofarads) is not too low. Note that the impedance of 10 picofarads at 100 MHz is only about 159 ohms. Thus the 10 megohms of resistance of the probe is relatively useless. At these frequencies, most circuits are designed for 50 ohms. Thus, most high frequency oscilloscopes have dual inputs: high impedance (usually 1 megohm) and low impedance (50 ohms). There are 50 ohm feedthru terminations that can be used with oscilloscopes that don't have a internal 50 ohm termination. The normal 10X probes are not used at these frequencies (however there are 10X probes with 500 ohm input resistance designed to work with 50 ohm oscilloscope inputs and which have very low input capacitance).

Not the answer you're looking for? Browse other questions tagged power-supply rf measurement oscilloscope probe or ask your own question.

4
How does a passive 1x Scope probe work?
3
DIY DC Blocking Capacitor for oscilloscope
7
How is a 50Ω "back-termination" accomplished on a scope probe line?
2
Oscilloscope probe measure squarewave
4
I released the smoke from oscillosope probes, how to repair?
11
Good uses for 1:1 probe
16
Why are oscilloscope input impedances so low?
0
Current probe settings and measurement
2
Practical formula/method to predict the necessity of termination resistor