How do I plot power in LTSPICE ?

I browsed a few tutorials. Acc to them, you click and ALT on the element you want to find power of.

But my problem is I do not have a schematic. I prefer to build circuits with netlists. How do I plot power now ?

Also there is this strange problem that .plot statement generates an empty plot pane and we have to manually add traces. How do overcome this problem ?

I am including a simple inverter netlist for reference.

Ok. I figured out the answer (accidentally).

The whole problem was that .plot command was generating an empty plot pane and I had to explicitly pick traces from the list. In the list there were only currents and voltages.

So to plot another expression involving currents and voltages do this:

1) Pick visible traces by clicking on icon and plot something.

2) On the top of the pane, right click the name of the quantity plotted (Cursor changes to hand icon there). For instance, if you plot V(pdrain) as in example, right click it (which appears at the top in color)

3) A dialogue box appears in which you can input the desired expression. I entered V(pdrain)*Id(M1) instead of V(pdrain)

If someone would like to answer or solve the problem such that entire thing can be done from .plot command only without explicitly picking up traces, please feel free to answer.

To plot the power dissipated by Q1, hold down the ALT key and mouse the cursor over Q1. You'll see a little thermometer icon pop up, (as shown below) and when it does, left click the mouse and release ALT.

When you click the mouse, the power dissipated by Q1 will be plotted as a function of time.

If you want to, you can also probe around and plot other other stuff on the same screen, and I,ve plotted V2 to see how the power varies with changes uin V2,

If you want to find average power, Hold down the CTRL key, mouse over to the relevant plot text, and left-click on it. A little box will pop up with the data in it. 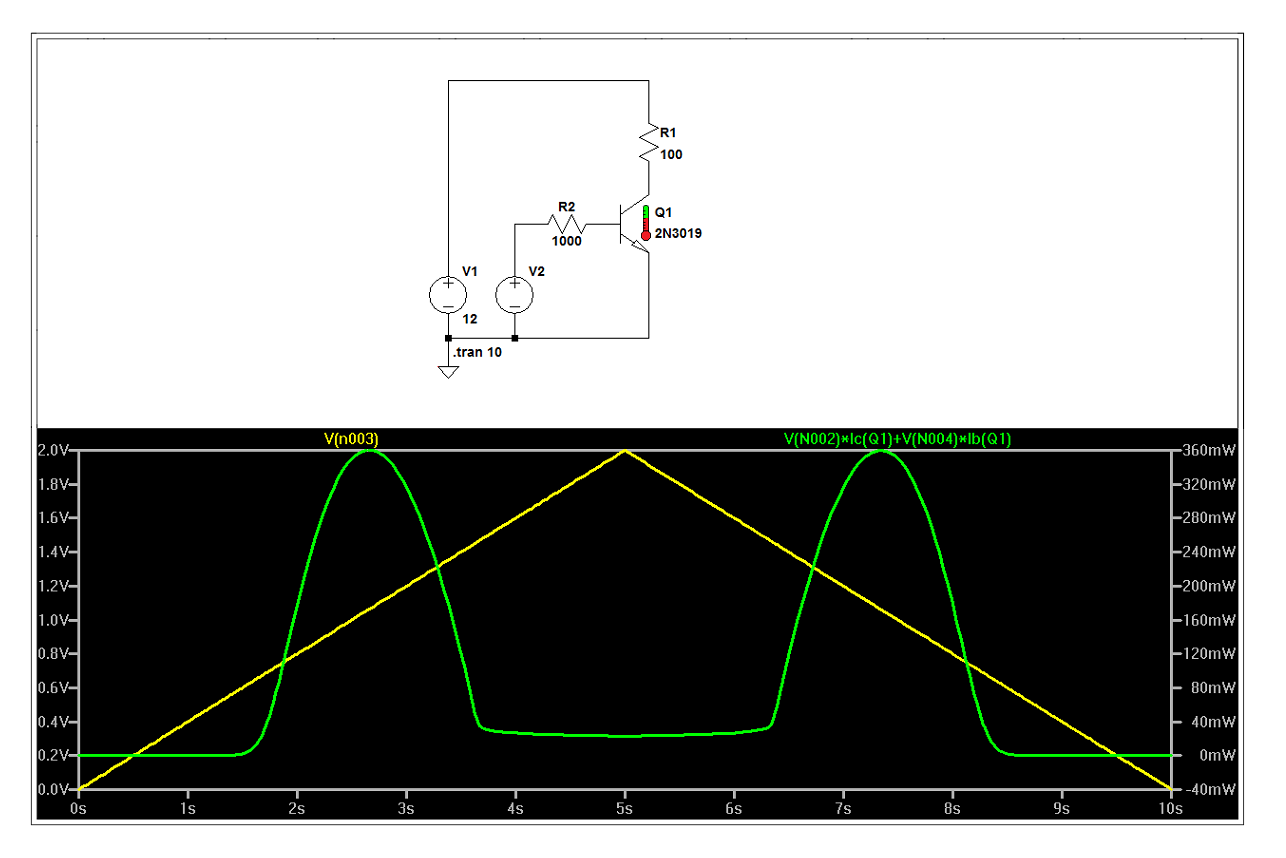 Not the answer you're looking for? Browse other questions tagged power ltspice or ask your own question.