If I have 4 identical* LEDs wired in parallel to a single resistor so that the overall current available is 30 mA, do I still run the risk of premature burnout? The LEDs peak forward current is 30 mA.

I thoroughly read through the answers here - Why exactly can't a single resistor be used for many parallel LEDs? - but it seems like the assumption would be that one would arrange a circuit so that the available current equals the total draw of the 4 LEDs, in my case 80 mA. The problem then would be that some would draw more than the peak. But, if I'm limiting the avaialble current to 30mA, is there still an issue? That would mean that ideally 7.5mA would be supplied to each LED. Obviously, based on the answer in the aforementioned link, it would not likely be even, but it shouldn't get to "dangerous levels".

Follow-up: Based on the volt/amperage curve, it looks like I'd be seeing a ~0.1V drop. Will this significantly affect the brightness?

Still pretty new to all this so my apologies for any incorrect terminology and faulty logic!

If you have binned leds, leds matched by the manufacturer for closely similar specs, or you hand match them, there will not be an issue. You can match them by setting a constant current source for the target current, measure the voltage across the leds at that current. Match four ones with similar voltages at that current, and obviously brightness.

As you noted, the main issue is if a single led goes out, an excess current will go through the rest. By limiting the total current below the individual amounts, you mitigate that. The other concern is matched brightness. That's simple enough to eyeball.

Case in point, USB or Battery powered led strings, fairy light, are all wired in parallel and they work. And they are limited by a single resistor. If multiple go out then they may have issues with over current, but you are using a resistor that will limit the current to safe for even just one (Well, 30mA is higher than a standard 20mA, so life will be shorter by some unknown amount). 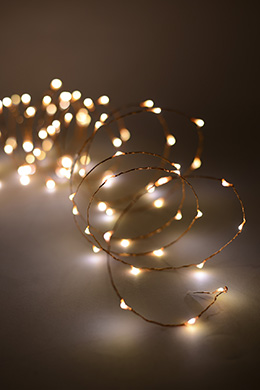 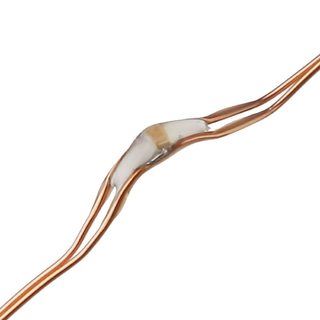 You won't damage the LEDs, but the risk is that the brightnesses of the LEDs may be wildly different. Then again, maybe your LEDs came from the same batch and they all have matching I/V curves.

Point is, it's unpredictable, and if that's tolerable, then go for it. Should you do this when designing a product that's going into production. No. Is this okay for a one-off project? Maybe.

In this specific situation (overall current limited to 30 mA; LED rated for 30 mA), you will not exceed the ratings of the LEDs, so you are technically OK. That said, it is generally considered to be bad practice to operate electronic devices right at their maximum rated current: build in some safety margin, say 10%. If the installation needs to survive a long time, or withstand variation in temperature, build in much more margin than that.

Although your LEDs probably won't burn out, the real issue of current balance still applies. Even LEDs from the same manufacturing batch will have slightly different IV curves. All four LEDs will see the same voltage, because they are in parallel. So when one LED is drawing 7.5 mA, the others might be drawing 7.1 mA, 7.3 mA, and 8.1 mA. This will cause them to emit different amounts of light, and in the case of white LEDs, may cause them to appear slightly different 'shades' of white. This is why banks of LEDs are typically arranged in series instead of parallel.

Not the answer you're looking for? Browse other questions tagged led resistors circuit-analysis parallel or ask your own question.